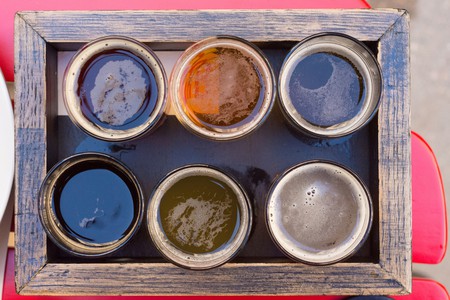 Find a range of beers in Bolivia | © David Goehring / flickr

Brewing behemoth Paceña has long enjoyed a monopoly on Bolivia’s lucrative beer market. Through the mass production of their ubiquitous red tin lager, the foreign-owned company has become synonymous with Bolivian beer, sponsoring the country’s biggest events and occupying an enviable amount of shelf space in Bolivian stores. Things are starting to change, however, as the global craft beer revolution is finally beginning to penetrate this far-flung South American nation.

The Bolivian craft beer movement first began in 1997 when an entrepreneurial local by the name Remo Baptista opened the Saya brewery in the semi-rural Achoacalla region above La Paz. By the late 2000s, his beloved drop could be found on tap in 50 upscale watering holes throughout the city and beyond—the ideal alternative for affluent drinkers who had grown tired of mass-produced beer.

Capitalizing on this success, Baptista inaugurated his first hostel in downtown La Paz to provide thirsty backpackers with a much-needed commodity: artisanal beer. Known as Adventure Brew, the hostel brewed three variations of Saya in-house, with a glass of the frothy nectar handed out to guests for free each night.

Part of the appeal of the novel beer-themed hostel was its unique rooftop beer spa, an instant hit with suds-loving backpackers which was supposedly good for the skin.

Sadly, Baptista’s Saya brand is no longer in operation. Nevertheless, proven market demand for a more sophisticated ale has paved the way for other entrepreneurs to follow suit. 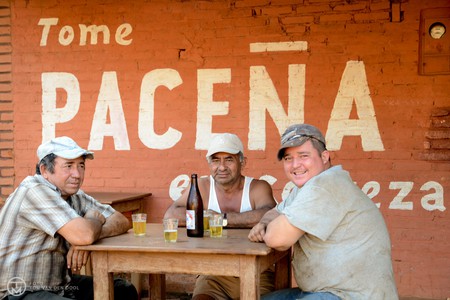 Sensing a great business opportunity upon the demise of Saya, Santa Cruz based company Sabores Bolivianos Alemanes moved in to corner the market in La Paz with their flagship label Prost. Led by Guido Mühr, a master German brewer with decades of experience, the company strictly adheres to the motto “Cerveza Alemana, hecho en Bolivia” (German beer, made in Bolivia) by adopting traditional German practices in their east Bolivian brewhouse. An aggressive marketing campaign and successful partnerships with countless local establishments have seen the label become a stalwart of Bolivia’s upmarket drinking scene in as little as two years.

Other European expats have contributed towards Bolivia’s craft beer renaissance on a smaller scale.

Ted’s Cerveceria is one of the original small-scale breweries, the brainchild of a Dutchman who was dearly missing the familiar flavors of European beers. After being in business for over a decade, his Belgium style Ambar Pale Ale and Ñusta Honey are becoming a sought-after commodity.

In 2010, a team of European and South American expats founded Stier in the warm valleys of Cochabamba, a brand particularly popular for its climate-appropriate Summer Ale. Elsewhere in Cochabamba, a brewers association called Asociación de Cerveceros Artesanales Acer-Art is working to promote the trade by lobbying for government support.

Beer-loving Bolivian entrepreneurs have made their mark as well. La Paz based Niebla has found success with their sweet honey flavors, as has Cervero with their flagship American Pale Ale. Meanwhile, Sucre based Cervecería Vicos been experimenting with creative combinations including quinoa, coca, and cactus seed to great effect. Perhaps most successful of all, however, is Cervecería La Artesana whose market share has grown exponentially since four friends came up with the brewery idea while lost in the Salar de Uyuni.

Granted, most Bolivians still consume Paceña given it is considerably more affordable at about half the cost of an average craft beer. Nevertheless, as the economy continues to grow and more locals discover new alternatives, Bolivia’s artisanal beer scene is destined to expand.