These Are Bolivia's Most Beautiful Hikes 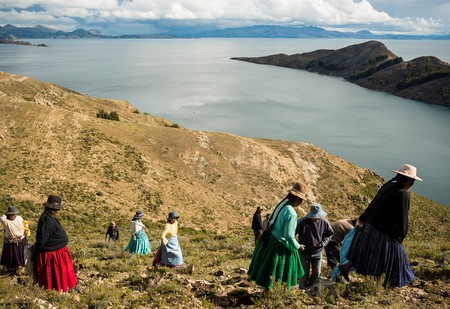 Often referred to as the ‘Tibet’ of South America, Bolivia is known for its incredible high-altitude trekking and climbing. From condor-shaped glaciers to steamy green jungles and turquoise lakes, these are the hikes that have us reaching for our passports.

As many of Bolivia’s hikes require you to go high, it’s a good idea to acclimatize as soon as possible. A great place to do this is along the shores of Lake Titicaca, which sits at 12,467 feet (3,800 meters). A two-hour boat ride from Copacabana will take you to the steep, grassy banks of Isla del Sol, the birthplace of the sun and the Inca dynasty. Easy acclimatization hikes on the island (all of which are clearly marked with cobblestoned paths) take you past Inca ruins, traditional Aymara villages, and stunning Lake Titicaca viewpoints. While the entire island can be hiked in just a few hours, if you fancy enjoying the views a little longer, it is possible to stay the night on the island in basic accommodation. 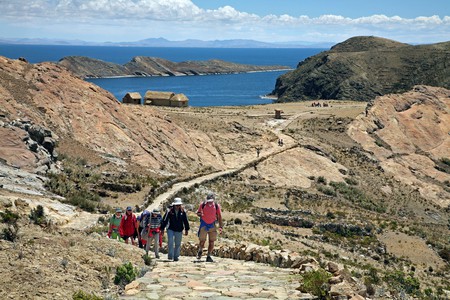 El Choro is Bolivia’s most popular hike, and with good reason: traversing the Cordillera Real and Parque Nacional Cotopata, the 35-mile (57-kilometer) route takes trekkers through some of the country’s most diverse landscapes. In just two or three days, you’ll be navigating your way across barren, snow-capped mountains at 15,501 feet (4,725 meters), and then descending into the lush, steamy jungle of the Yungas region. Because of the drastic change in climates, be sure to pack accordingly, with a warm and waterproof jacket for day one and thin trousers and t-shirts for day two and three. 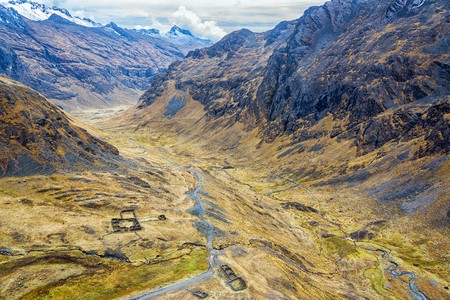 One of the toughest treks in South America, summiting Huayna Potosí isn’t for the faint-hearted. More of a mountaineering adventure than a hike, halfway through your trek you’ll be donning crampons, harnesses and ice picks to clamber your way up to a staggering 19,973ft (6,088m) above sea level. Although Huayna Potosí is considered an easy, non-technical climb (and so can be attempted by complete beginners), the dizzying altitude, steep ascents and unpredictable weather make this a pretty tough adventure. Those up for the challenge, though, will be rewarded with 360-degree views of the entire Cordillera Real (including the epic Condoriri Massif, so named because it resembles a condor spreading its wings), La Paz and even the shimmering blue of Lake Titicaca. Due to the difficulty of the trek and professional gear needed, it is essential to hire an experienced mountaineer guide for this one. Tours depart from La Paz. 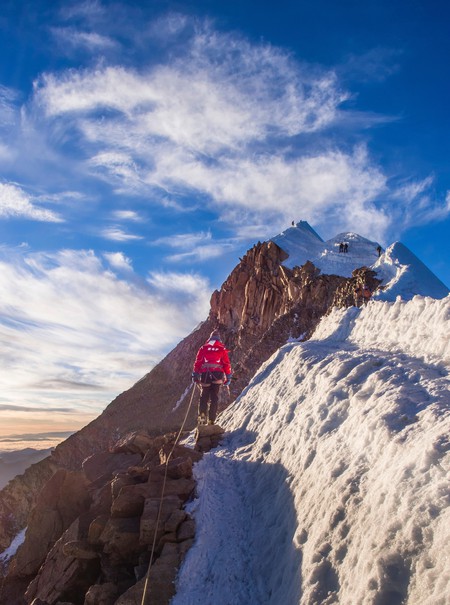 Illampu Circuit is one of Bolivia’s most remote trekking locations. The 46-mile (75-kilometer) walk takes trekkers on a seven-day loop around the breathtaking 20,892-foot-high (6,368-meter-high) Nevado Illampu mountain, traversing three spectacular mountain passes of up to 16,404 feet (5,000 meters). An infrequently trodden route, hikers rarely see other tourists here, but instead pass through traditional Aymara villages, where daily life consists of herding llamas and cultivating potatoes, corn and quinoa. Be aware that many of these communities don’t come into contact with tourists often, so be respectful when passing through and always ask for permission before taking a photo. 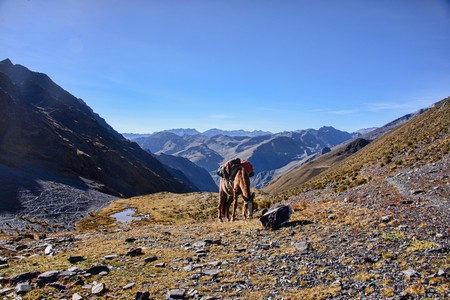 It may be just a four-hour drive from La Paz, but the Cordillera Quimsa Cruz still remains a largely unexplored wilderness. Sheer granite spires and pristine glacial peaks make this a popular destination for adventurous climbers and mountaineers, but there are also tamer – but no less spectacular – hiking routes for newbies and experienced trekkers alike. The most common hiking route runs from from west to east, starting in Mina Viloco and finishing in Mina Caracoles, where, as well as some of Bolivia’s most epic scenery, you’ll likely trek past the site of a 1971 airplane crash and some eery abandoned mine sites.