Argentina vs Bolivia: Who Really Invented the Salteña 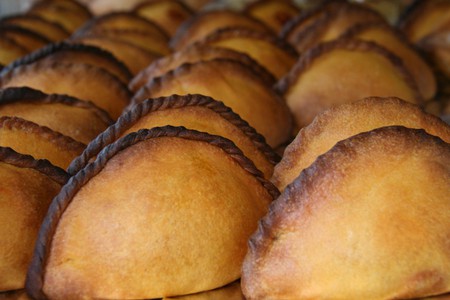 Salteña literally means from Salta, a city in northern Argentina. So it stands to reason that this bulging savory snack with a sweet meaty filling must be Argentine, right? Not exactly. The history behind Bolivia’s favorite morning snack is a little more complicated than that. Read on to discover its true origins.

First off, it’s important to note that the salteña is easily distinguishable from other empanadas on the continent, of which there are many. Almost exclusively eaten in Bolivia, the salteña is oven baked and has a hard crust in a distinct bulging shape with a flat bottom. Inside are the usual fillings of beef or chicken, hard boiled eggs, and veggies such as peas or carrots. Not to mention the sweet, sometimes spicy gravy that really sets this empanada apart.

Anyway, on with the story. Legend has it that this popular breakfast bite was first invented by Juana Manuela Gorriti, an Argentine from Salta. Gorriti fled Argentina in the early 19th century to escape the brutal dictatorship of Juan Manuel de Rosas and ended up in Tarija, southern Bolivia. With little money to rely on, she fed her impoverished family the only way she knew how: by cooking and selling empanadas.

Gorriti was a fine empanda chef and savvy businesswoman to boot. As time went by, she gradually evolved her recipe to adapt to local tastes, and with great success. Before long, moms all around Tarija were telling their kids, “Vaya comprar unas empanadas de la Salteña” (Go buy some empanadas from the lady from Salta) and eventually the name salteña stuck. 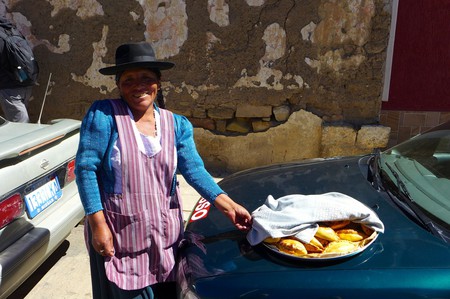 Gorriti must have made some damn fine empanadas because she later went on to marry the president of Bolivia. As the saying goes, “The way to a man’s heart is through his stomach.”

Although invented by an Argentine, the pastry was created within Bolivian borders in accordance with Bolivian tastes. This makes it Bolivian in our book, and just as well because Bolivians are proud of their salteñas which are eaten in abundance all throughout the country.

Note that in Salta they do a completely different type of pastry, often referred to as the empanada salteña, which is equally delicious. Happen to be visiting the city and looking to try some for yourself? Here are the best places to pick one up. 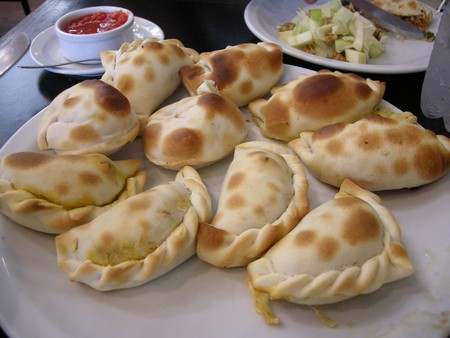 The very different empanadas from salta | © einalem/Flickr
Give us feedback