An Insider's Guide to Rurrenabaque, Bolivia 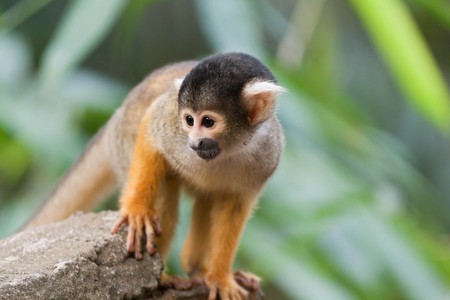 Monkey on the pampas trip | © Maciej/Flickr

Keen to get deep into the heart of the Amazon rain forest and right up close with some awesome exotic wildlife? Then look no further than Rurrenabaque, a northern Bolivian town that offers some of the continent’s best (and cheapest) jungle experiences. Read our guide to learn everything you need to know about this amazing part of Bolivia.

Bus: Daily buses ply the route between La Paz and Rurrenabaque, usually departing in the morning. Tickets are cheap at about 100 BOB (US$14.50) each way but the journey is no laughing matter. The trip takes at least 15 hours, often much more if it’s been raining, and the roads are bumpy, windy and terrifyingly treacherous. It’s pretty much on par with the notorious Death Road.

Adventurous souls looking to head further into the jungle can take a daily bus to Rivalta which takes 12 hours if the road is in good condition. Don’t even think about traveling there by bus in the wet season.

Plane: Amazonas and TAM offer several daily flights between La Paz and Rurrenabaque. Prices vary depending on availability but expect to pay US$80 to US$100 each way. Bear in mind that flights are frequently delayed for days on end during the rainy season. 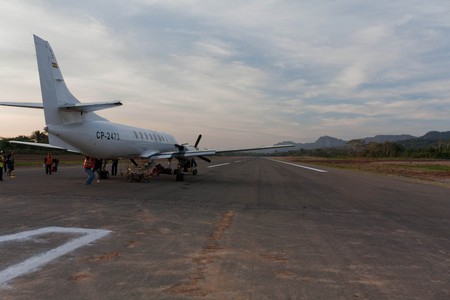 Backpacker: Hostal Curichal is the best backpacker option in town. Right in the center, it’s got a swimming pool, hammocks, common areas, kitchen facilities, WiFi and bar. Basically everything a backpacker needs. Dorm beds start at 50 BOB (US$7).

Hostel: Los Tucanes de Rurre has a much more relaxed, family friendly vibe than Curichal. Rooms are located around a central patio with plenty of hammocks and there’s even a pet Toucan to keep guests company. Basic rooms with shared bathrooms start at 50 BOB ($US7) per person.

Mid range: Hotel Maya de la Amazonia is Rurre’s fanciest dig. In the town center right on the riverbank, facilities include a swimming pool, terraces with a view, a great buffet breakfast and WiFi. Doubles start at 490 BOB (US$70) 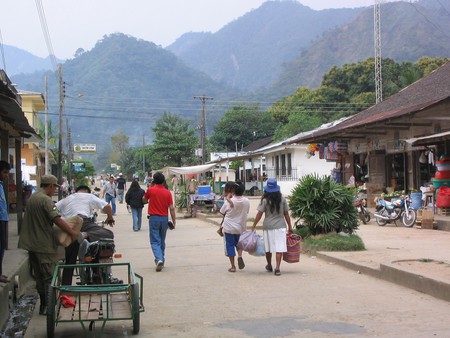 Juliano’s: A French-Tunisian expat by the name of Juliano serves up the town’s finest European fare, with steak, pizza and Moroccan spicy chicken among the crowd favorites. Save some room for his delectable deserts.

The French Bakery: As you would expect, here you’ll find a variety of French bakery goods fresh from the oven. Delicious, cheap and an absolute must while in Rurrenabaque. 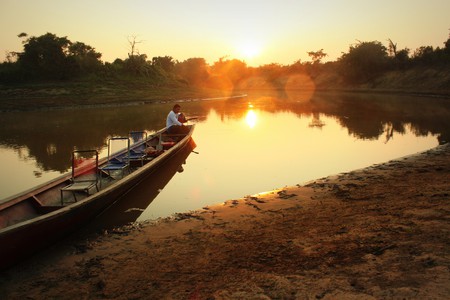 Sunrise in the Pampas | © Jonathan Hood/Flickr

One of the best wildlife experiences in Latin America and the main reason most people travel to Rurrenabaque, the three day pampas tour is a highlight of any South American adventure. Expect to see a huge array of exotic wildlife including several species of monkey, capybaras, snakes and anteaters. Bird watchers can tick off a number of species including the toucan and colorful blue macaw, while piranhas, pink dolphins, caiman and turtles can be spotted swimming through the water. 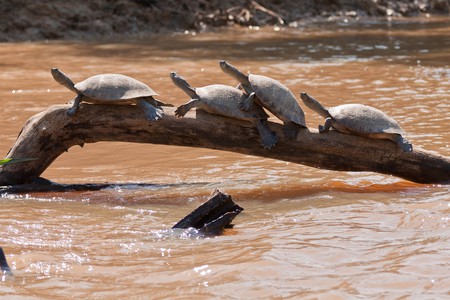 Turtles on the pampas trip | © Maciej/Flickr

The three day tour includes numerous wildlife safaris from a dugout canoe, an anaconda hunt through grasslands, swimming with playful pink river dolphins and fishing for piranha which are later eaten for lunch.

Dozens of travel agencies in both La Paz and Rurrenabaque offer exactly the same tour which departs daily. Prices tend to fluctuate frequently but expect to pay at least $US120 for the three day tour which includes food, accommodation, transport and activities. An absolute bargain when compared to similar offerings in the continent.

Don’t let the guides handle wildlife as this can cause the animals permanent psychological damage. 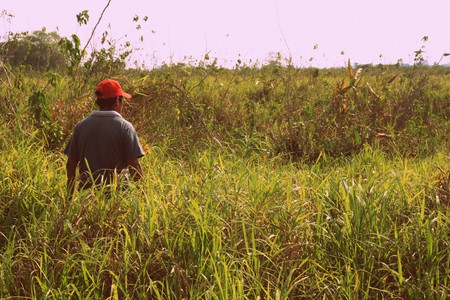 There are a number of lodges in the region run by local indigenous communities that offer a more luxurious and intimate alternative to the standard pampas tour. Chalalán is the most well-known but there are many other options such as Berraco del Madidi, San Miguel del Bala, Mashaquipe and Mapajo. These are all based in different regions near Rurrenabaque and have their own private lodges, transport and guides. Although much more expensive than the standard pampas tour, they provide an authentic eco-tourism experience away from the backpacker crowd. 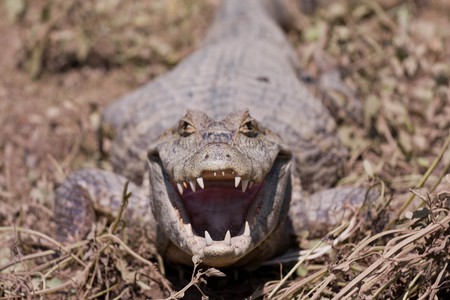 The other popular attraction is to head into the thick steamy jungle of nearby Madidi National Park on foot. Trips run anywhere between 1 and 30 days and can either include camping or basic community lodging. It’s very hard to spot animals in the jungle, but visitors will instead be treated to a variety of insects, birds and plant life. More adventurous travelers can opt for a jungle survival tour where they head into the unknown with little more than a machete (and a qualified guide). 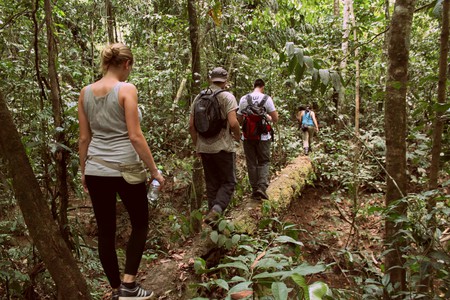 Ayahuasca ceremonies with a local shaman can be arranged in the jungle. Prices vary considerably depending on the size of the group. While the substance is legal in Bolivia, it is wise to carefully consider the dangers before indulging. 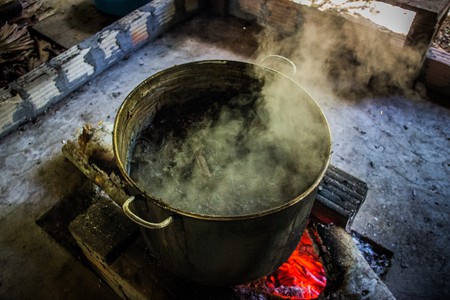 Ayahuasca brewing | © Apollo/Flickr
Give us feedback