Known for his wide range of art historical influences and styles, Bolivian artist Alfredo Da Silva sought to capture personal and universal experience on canvas. Federico Rosa explores how this modern artist applied these influences to his artwork in an effort to reclaim the traditions in the name of his own heritage. 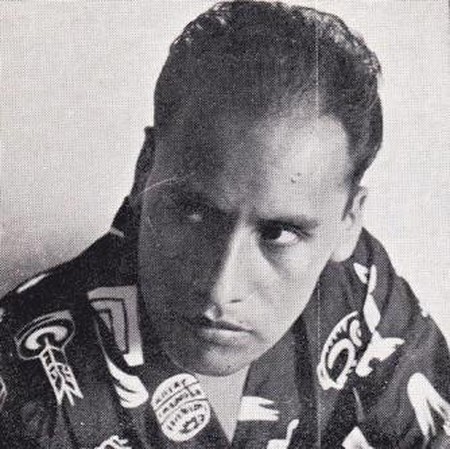 Bolivian painter Alfredo Da Silva is somewhat of an omnivore of artistic languages, devouring mediums and styles to create his own multifarious compositions. His aesthetic appetites range from techniques, such as watercolors, collage, and oils, to genres, from portraits, landscapes, to more modern approaches, such as Abstract Expressionism and Surrealism. Da Silva uses both conventional painting methods and more experimental processes to yield works of art that are simultaneously part of the Western art tradition as well as direct testimony of his Bolivian heritage within a progressive practice of research and scrutiny.

It would be difficult to find what unites all of these different styles if not for an inherent sense of tradition. Culture, the set of beliefs, ideas, and principles that hold a society together and allow for its progress, is the binding agent in Da Silva’s work. Even if his oeuvre might appear uneven at times, he works in series; this allows him to explore specific facets of different aesthetic principles at a given point. For Da Silva, openly exposing and referencing his multiple influences in a work is the mark of a refined artist and of a craftsman showing his heritage through technical and conceptual expertise. 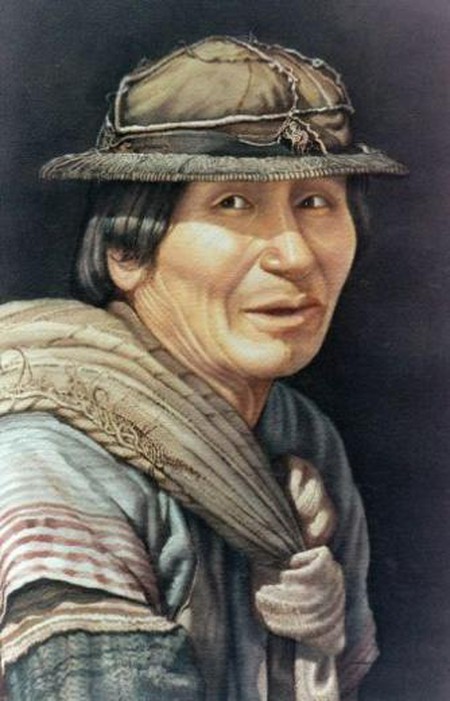 Born in 1935, Da Silva had his first solo exhibition at just 16 years of age. His career is further marked by numerous awards and recognitions, having come to prominence after 1959, when he won the painting award from the Salón Nacional de Pintura of Buenos Aires, scarcely a year after graduating as a drawing and painting teacher from the Academia de Bellas Artes Prilidiano Pueryredón. In 1961 he was invited to represent the Pan-American Union at the Biennale of Sao Paolo. Then, in 1962 he enrolled in the Pratt Institute in Brooklyn. During this time he was also awarded a Guggenheim Fellowship.

Da Silva asserts that his work ‘is the result of a harmonious experience, intuitive and mental, that becomes crystallised on the canvas, sometimes taking organic forms, and other times the amorphousness of cosmic space’. By this we must take into account the two-fold nature of his methodology: on the one hand, he wants to assert his place in the continuity of Western Art as an individual artist, and on the other, he wants to, with what this license affords him, investigate the deeply mysterious and esoteric boundaries of human consciousness.

Da Silva regards the two dimensional space of a canvas as a window not only into physical reality, but also into an abstract, conceptual world of the imagination and spirit. These intangible qualities are associated with the tradition of idealist philosophy since Plato, and are exemplified in the work of artists such as surrealists Yves Tanguy and Joan Miró, and of distant old-masters such as Jan Vermeer and Diego Velázquez. Mixing and matching Surrealists and Baroque painters is a feat only few artists would even attempt, yet Da Silva succeeds, in large part because of his awareness that both of these traditions regard painting not as picture making, but as a form of apprehending reality.

Portrait of a Man (1960), for instance, is derived from European genre paintings, except that the man depicted is a native peasant from the Andean region. Executed in lavish watercolor on canvas, it demonstrates the origins of the artist, as a kind of refracted self-portrait. In Buenos Aires, also a watercolor, the influence of Impressionism is evident, and becomes a testament to pride and nostalgia for a region of multicultural richness and heritage. Yet, in Self-Portrait of 1970, Da Silva openly references European Renaissance portraiture, placing a red turban on his head in a manner similar to Jan Van Eyck’s painting of Man in a Red Turban. This reversal is also an indication of progression, an affirmation that he is an inheritor of this lineage of plastic arts. 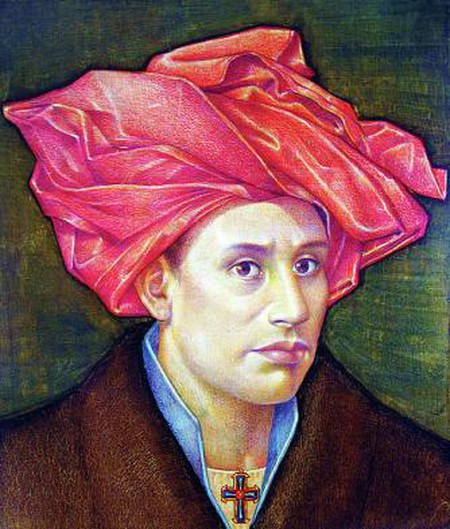 It seems that while aware of his origins and of the Inca culture to which his country belongs, Da Silva still wants the viewer to be aware that his tradition as a craftsman comes from a European process. It would be impossible to avoid this simple truth, a frequent point of contention with nationalistic rants of so-called ‘authentic’ indigenous art. Da Silva’s retort to, for instance, Mexican muralism and other politically explicit artwork from Latin America is evidence of his brimming confidence in embracing European traditions as an individual artist and a South American native. Portraying himself as an old Flemish master enables him to appropriate territory long regarded as exclusively European.

Since the 1970’s, Da Silva has also experimented with abstraction as a concept and as a physical gesture in the tradition of the great modernist invention of the XX Century. Elaborating on the vocabulary of the Surrealists and Abstract Expressionists, Da Silva paints luscious oils that resemble organic forms and haphazard moments in time, often depicting bizarre architectural spaces and landscapes. The surface of the canvas is treated as multi-layered, as an area where the viewer may transcend the mere surface of the painting, and where the perceptual processes of vision and cognition negotiate different concepts and possibilities. In Beyond My Memory, the title already suggests the opportunity to glimpse into the edge of the artist’s subconscious, where memory doesn’t necessarily end, but may be actually be created. 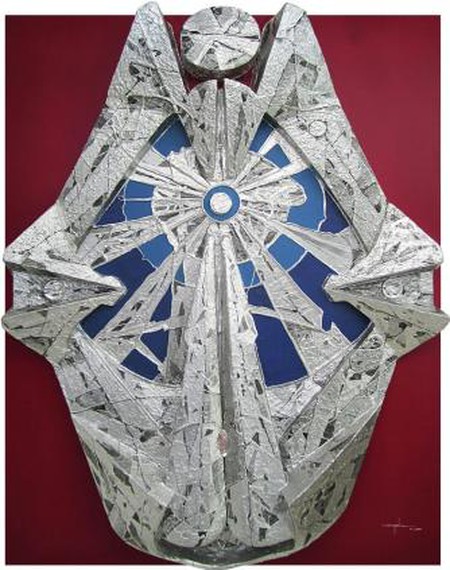 Da Silva, in his own words, wants, with the luminosity of his paints, to achieve a ‘patina of time’ as both a form of tactile perception and of limitless contemplation. In Planet of Peace, the artist condenses his aspirations for the human condition on a canvas where he mixes different mediums in an experimental composition that nonetheless acquires simplicity in purpose, and lucidity in method. The work is not aggressive, but a testament to the boundless faculties of human imagination and creativity. It is an example of his attempt to create his art as an expression of human adventure that is at once personal and universal; a place where we are able to wander freely in order to find ourselves.