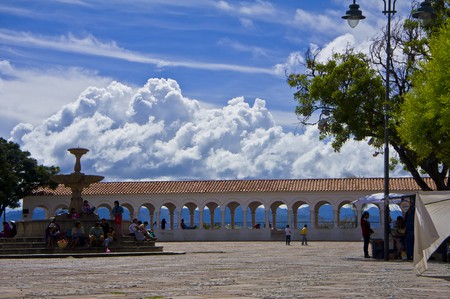 Sucre boasts the finest colonial architecture in Bolivia, which is among the best-preserved on the entire continent. This magnificent white-washed city has an array of elegant churches, monasteries and government buildings built during a time when the Spanish empire was flush with wealth from the nearby mines of Potosí. Take our walking tour to discover the best architectural gems this city has to offer, and find out for yourself why it was declared a world heritage site by UNESCO.

The city’s main plaza is the logical place to begin our walking tour. As with all Spanish colonial era cities, Sucre was built around a beautiful central plaza to provide a place for citizens to relax or socialize. One of the country’s greenest plazas, 25 de Mayo’s numerous park benches are sheltered by a number of tall shady trees. In the center is a statue of the Venezuelan war hero and Bolivia’s second president, Antonio José de Sucre, from whom the city got its name. 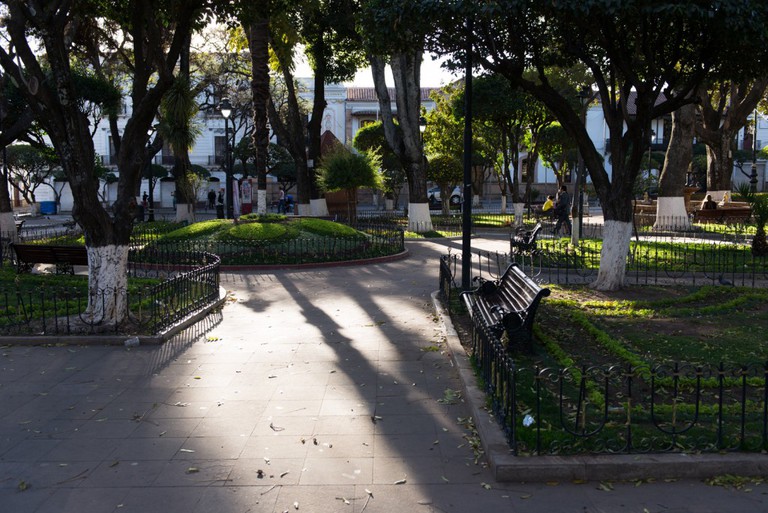 Facing the main plaza is Bolivia’s most important historical building. Meaning “House of Freedom” in English, this former Jesuit church was where Bolivia signed their declaration of independence in 1825, finally breaking free from Spanish rule after a long and drawn out war. Bolivia were the last country in South America to achieve independence, so this historical moment signified the end of Spanish occupation throughout the entire continent. The site is now a museum which hosts a number of historically important artifacts such as the very first Argentinian flag and the declaration of independence itself, which takes center stage above an elaborate granite plinth. 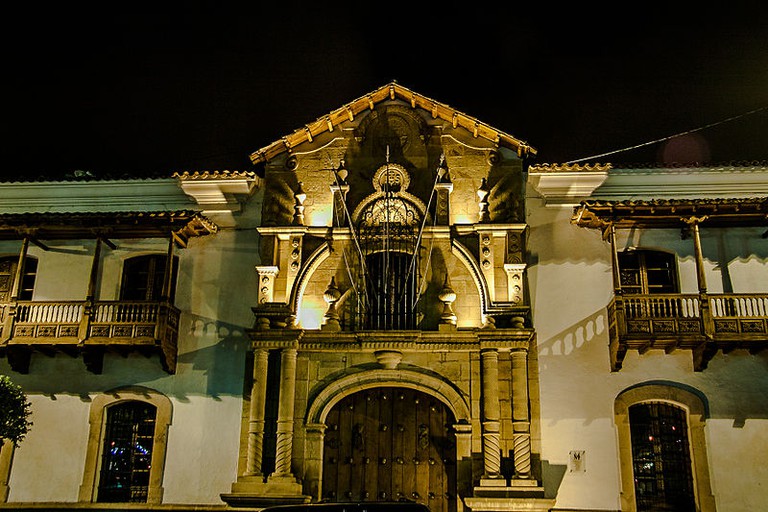 The name is a bit of a mouthful but this building is well worth a look as the most impressive example of republican architecture in the city. Built in 1896 to be the country’s first government palace, it was eventually relegated to just being the governing house of the local region when a newer palace was constructed in La Paz. The imposing white structure features a number of towering pillars and a giant archway which forms its central entrance.

On the corner of the plaza lies Sucre’s Metropolitan Cathedral, the city’s grandest church. This sacred building is the seat of the Roman Catholic Church in Bolivia and has also served as a place of learning for some of the country’s most important composers. Built over a whopping 153 years (1559-1712), its architecture evolved from the Renaissance style to having mestizo-baroque influences towards the end. These are more prevalent on the building’s exterior, notably its large clock tower which houses a massive, functioning 18th century clock imported from London. Inside, the structure’s white walls are brightly lit from sunlight pouring in through its numerous stained glass windows, while the country’s most important religious arts museum showcases works from colonial and republican masters as well as an impressive collection of jewelry made from gold, silver and gemstones. 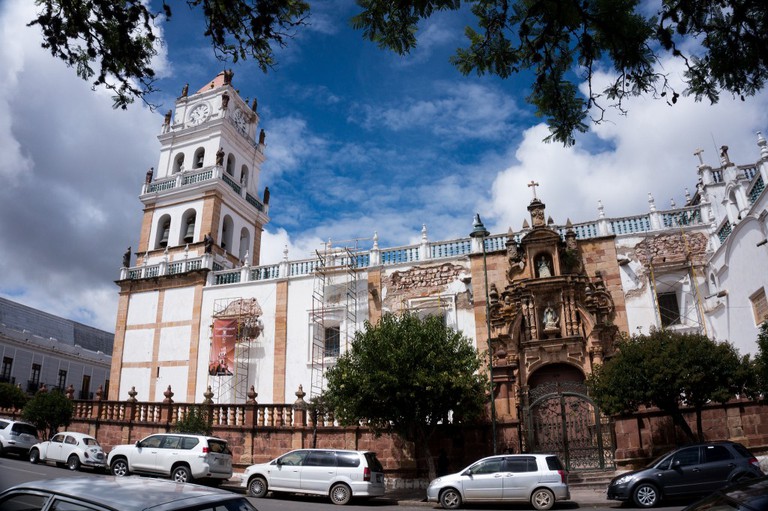 The Basilica of San Francisco is a colonial era church built in 1581 to honor St. Francis of Assisi. One of Sucre’s finer churches, its construction used a predominately neo-classic style with a hint of baroque influence. It was from a bell tower in this church that the “first cry of liberty” rang out across the city, done so with such vigor that the bell broke – the remnants of which can still be seen in the church’s museum. A series of catacombs underneath the Basilica holds the remains of numerous religious elite. 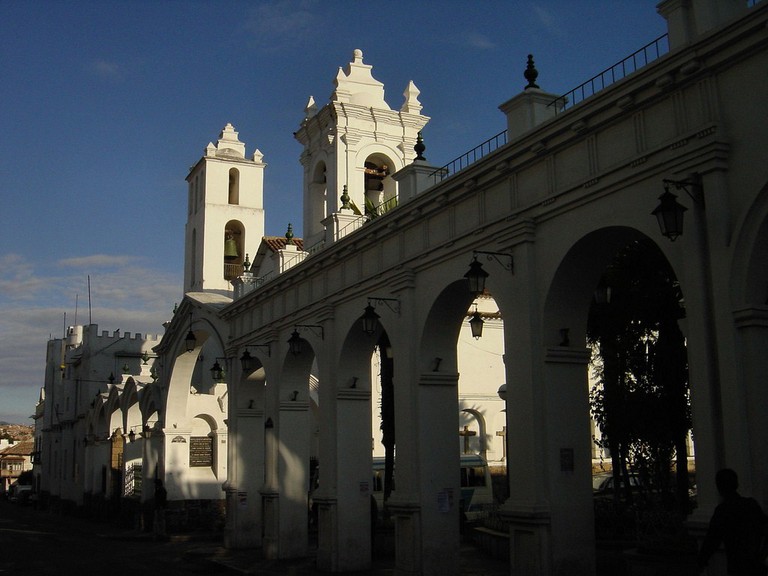 One of the oldest and most important universities of the New World, this place of higher learning was a meeting point for intellectuals to discuss rebelling from colonial rule back in the early 19th century. Founded in 1624 by order of the Spanish king and the Pope of the time, it was designed to provide quality education to the country’s ruling elite. The university is still highly regarded, particularly for its faculty of law. It’s about two kilometers (1.25 miles) from the previous stop, so feel free to cheat and jump in a taxi. 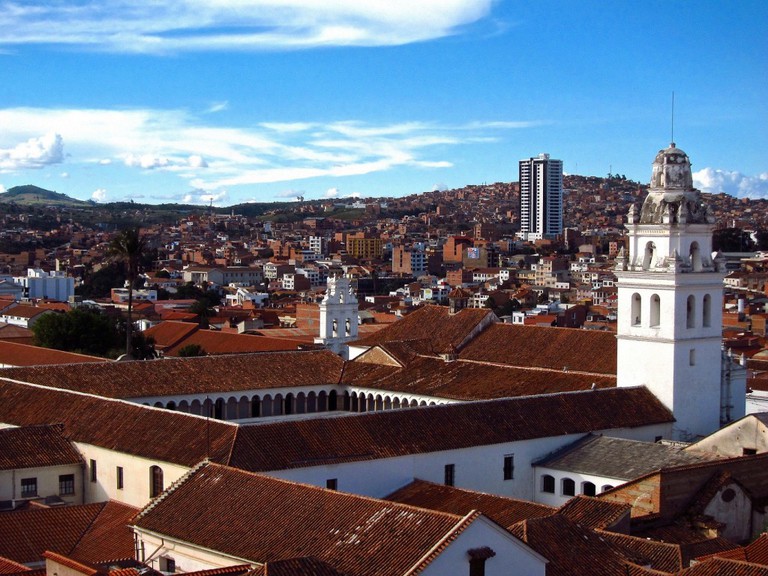 More for the history buff than the architecture enthusiast, Bolivia’s National Library and Archives was founded the same year independence was declared in order to store the historical documents and volumes of this newly-formed nation. It boasts a collection of over 50,000 books, at least 1,000 of which date back to the Spanish colonial era and cover themes such as theology, philosophy and history. Manuscripts documenting Sucre’s time as the Audiencia de Charcas are among the most important of the collection. The library has been modernizing in recent years, with efforts underway to digitize the most important documents and construct a new building to house the country’s growing archives.

This beautiful neo-classical convent is one of the most visited sights in the city because it offers the quintessential Sucre experience. Built in the late 18th century, its delicate protruding white turrets and terracotta-roofed bell towers are a well-known landmark. Originally built as a monastery, it now serves as a religious girls’ school and premier tourist attraction. Be sure to climb onto the roof to appreciate sweeping views over the city. 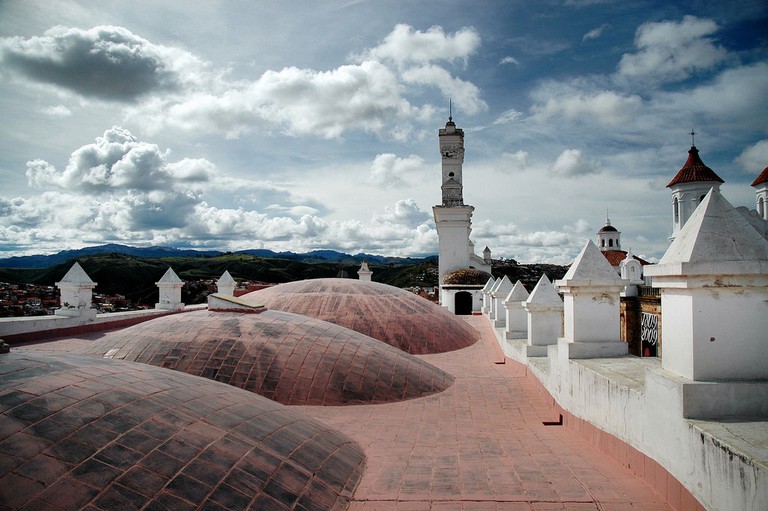 A pleasant stroll from the city center, the General Cemetery is the country’s finest burial ground and an elegant example of South American horizontal graveyard construction. Here you will find countless rows of stacked graves competing for space among an expansive and tranquil garden setting. The tombstones of nobles and aristocrats are decidedly grand, showcasing the extreme wealth that poured into the city from the nearby mines of Potosí. 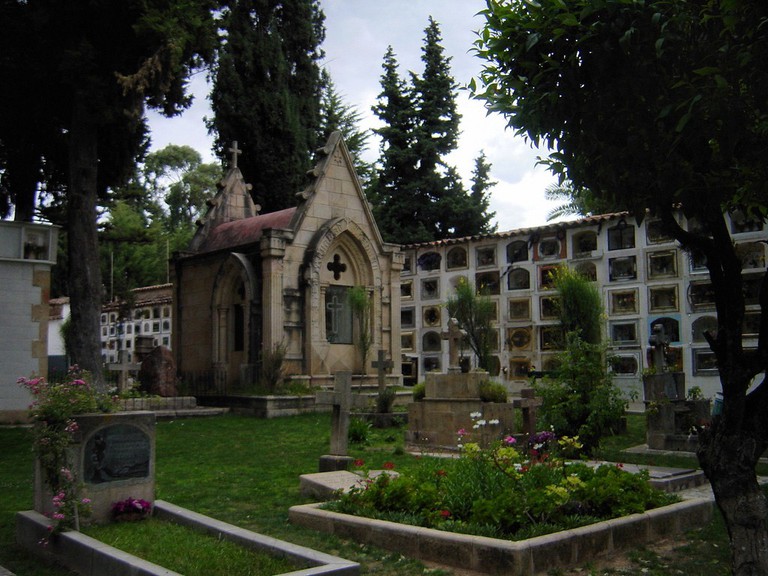 The Cemetery in Sucre | © Robert Cutts/Flickr

The perfect place to end this walking tour is picturesque Recoleta, a 15-minute uphill stroll from the city the center. Local youth and families come here in the late afternoon to play football in the spacious plaza, or socialize with friends. Opposite the plaza is a 17th century monastery with a fine collection of religious art, while artistic events are held in the area on a regular basis. The highlight, however, is the Mirador Café, which is the perfect place to watch the sun set over the city while relaxing with a drink or two. 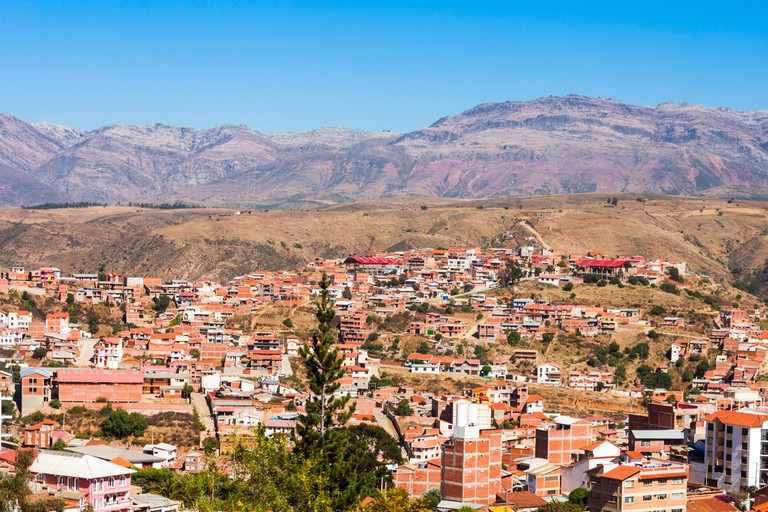