The Potential Health Benefits of the Coca Leaf 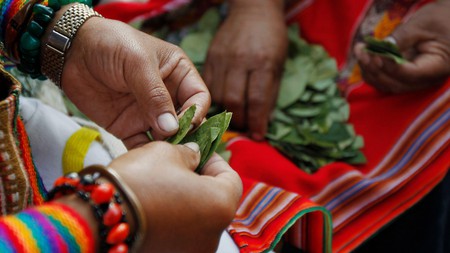 Coca is illegal outside of the Andes – but if you're planning a trip to this part of the world, discover the amazing heath benefits known by locals for millennia | © REUTERS / Alamy Stock Photo

When most people hear the word “coca”, they associate it with cocaine. But this medicinal plant has been used by indigenous South Americans in traditional Andean medicine for thousands of years before it was ever extracted into a recreational drug. When chewed or consumed in tea, the coca leaf provides an impressive number of health benefits – here are eight. 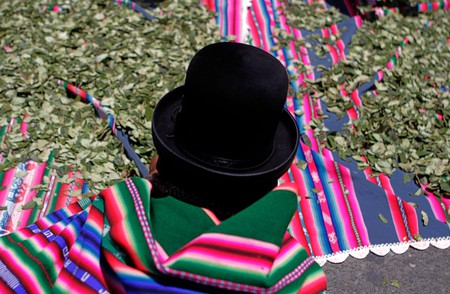 This is the number one reason coca has become such an intricate part of Andean culture. Before industrialization, working long days of extremely hard labor was the norm, and coca’s consistent energy boost allowed workers to go harder and work for longer. These days, it is a favorite among miners and bus drivers for its long-lasting energy kick without the spike and crash effect of caffeine.

A reduction of appetite

Chewing coca supposedly makes hunger pangs go away. It’s common among underprivileged workers of South America who often don’t have the time or the money to eat three good meals a day; coca lets them get on with the job without being constantly distracted by an empty stomach. It can also be used as a dietary aid to discourage overeating. 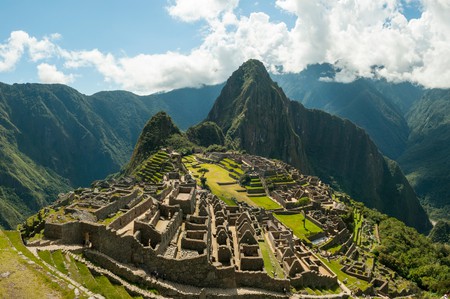 Consuming coca leaves creates a numbing effect on pain and discomfort. While it’s not an extremely powerful analgesic, it does provide enough relief to allow laborers to continue their arduous work. The coca leaf is said to have been instrumental in assisting the Incas lug those huge stones all the way to Machu Picchu.

A remedy for altitude sickness

The coca leaf is fantastic at reducing the unwanted symptoms of altitude sickness, which include nausea, breathlessness, insomnia, loss of appetite, fatigue and headaches. Since this natural cure has been used for so long by the local population, it is widely known, and even hotels in high-altitude Andean cities often supply it to their guests.

A source of nutrients

The coca leaf has a variety of beneficial nutritional properties. It’s got plenty of essential minerals (calcium, magnesium and phosphorus), stacks of vitamins (A, B1, B2, B6, C and E) and important nutrients such as fiber and protein. Daily coca consumption is the perfect natural alternative to taking dietary supplements. 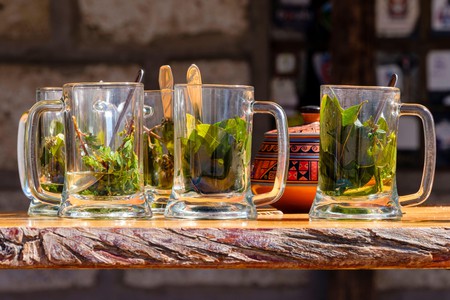 A hot cup of coca tea is a great way to relieve the pain and nausea that comes with an upset stomach. This is handy while traveling through the Andes, where food hygiene may not be up to the same standards as at home. While it does provide noticeable relief, it’s still important to keep well hydrated and seek medical attention if problems persist.

A reliever of flu symptoms 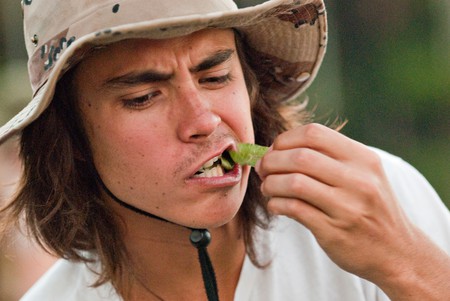 When fighting anything from a case of the sniffles to full-blown influenza, doctors, grandmothers and everyone in between typically suggest a hot cup of tea. Instead of grabbing the standard green or peppermint teas, try tea made from coca leaves. The antioxidants can give the immune system a boost and stimulate alertness. It also goes without saying that staying hydrated is essential during flu recovery; just try to limit your coca tea cups to one or two per day.

Prevention or control of diabetes

We’ve already mentioned appetite suppression and nutritional properties as benefits of the coca leaf, but, when combined, they create an additional benefit: the possible prevention or control of diabetes. The vitamins and minerals in the coca leaf can help regulate blood sugar and enhance metabolism, potentially lowering the risk of diabetes. Irresponsible snacking can be problematic for those with diabetes, but chewing a coca leaf can help curb these cravings, ultimately preventing the potential for increased blood glucose levels.