Unusual Customs Only Bolivians Can Understand 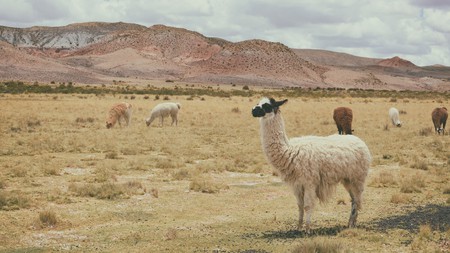 The syncretism between indigenous religions and Spanish Catholicism has left Bolivia with an immense number of bizarre customs that are baffling to the gringo traveler. Bolivians are a deeply superstitious people who are set in their convictions and will go to great lengths to honor their traditions. Read on to learn about six Bolivian customs that would seem utterly outrageous to the outsider.

Blessing of the Automobiles

On Bolivia’s notoriously perilous highways, it’s common to see reckless drivers speeding through narrow mountain roads just inches away from precarious cliff edges. Therefore, driving safely in Bolivia requires divine intervention. Every day at 10am in Copacabana on the shore of Lake Titicaca, scores of locals line up to get their cars blessed by a Catholic priest. This magnificent ceremony entails the tossing of holy water, the lighting of firecrackers and plenty of alcohol sprayed over the blessed vehicle, Formula One style. 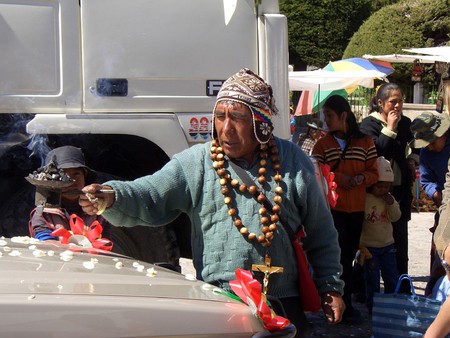 Blessing of the Autos | © Jenny Mealing

This macabre festival makes Mexico’s Day of the Dead (also celebrated throughout Latin America) look tame by comparison. In early November, the indigenous Aymara people of Bolivia’s western highlands decorate the real-life skulls of deceased humans in the belief that their souls will provide protection and healing in return. The remains of family members are preferred, although a gruesome grave-robbing industry has sprung up around the festival to supply stolen skulls to participants in need.

Animal sacrifices have been a part of Aymara culture for thousands of years. The tradition continues today and can be observed first-hand in La Paz’s Witches Market. Grotesque-looking llama fetuses are sold to superstitious buyers, who bury them under new homes in order to curry favor with Pachamama (mother nature). Rumor has it that for larger constructions such as apartment buildings or mines, humans are used instead. 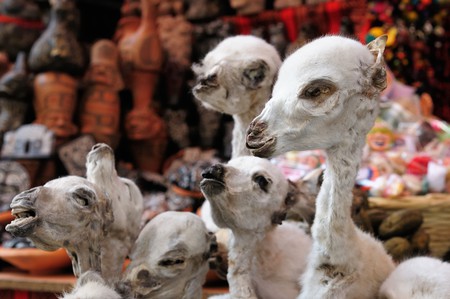 Dreams can come true in Bolivia’s annual Alasitas festival. For a month, starting from January 24, hordes of local believers descend on the outdoor Alasitas markets in La Paz to purchase teeny miniature versions of all the things they wish to obtain in the upcoming year. Priests and shamans are on hand to bless the miniatures to ensure such desires do, in fact, become reality. 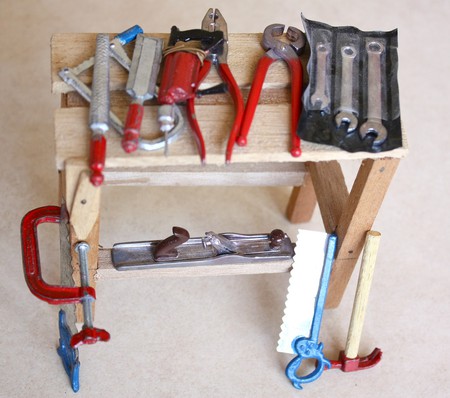 Punching on for Pachamama

According to the villagers in the remote Bolivian town of Macha, the best way to appease Pachamama is to grab some mates and get into a brutal fist fight with the guys from the neighboring village. The Tinku festival has been held for hundreds of years in the belief that spilling blood will attract a bountiful harvest in the following season. Plenty of drinking, music and dancing accompany the ritualized punch-up.

Reading the Future Through Coca Leaves

Tarot cards and crystal balls aren’t really a thing in Bolivia. Instead, local Yataris (witch doctors) read the future by tossing a handful of coca leaves in the air and studying how they land. This age-old tradition has a strong following among indigenous people all throughout the Andes and is taken very seriously. For a small fee, burning a mesa (offering table) helps to swing fate in your favor. 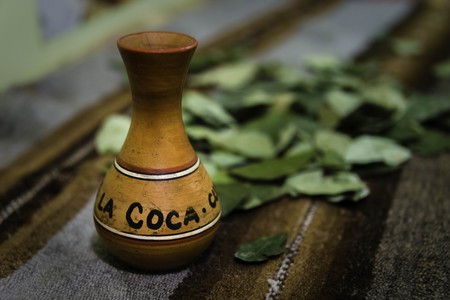