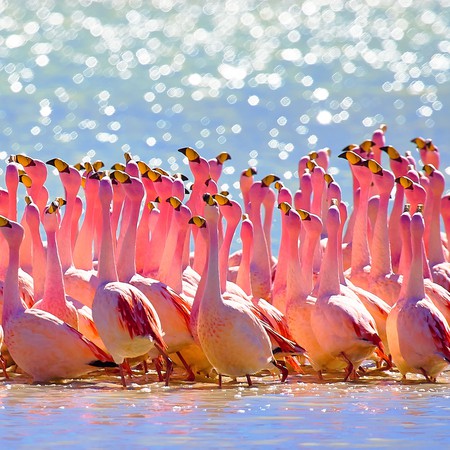 As one of the most biologically diverse nations on Earth, Bolivia is blessed when it comes to the animal kingdom. Thanks to the numerous climatic regions spread throughout the country, a huge array of awesome creatures can be spotted relaxing in their natural habitats. From alpacas to anacondas, let’s check out some of the best.

Alpacas are synonymous with Bolivia, as are their camelid cousins the llama and vicuña. These guys are so ubiquitous to the Andes you are literally guaranteed to see them in droves. They’re pretty darn adorable too. 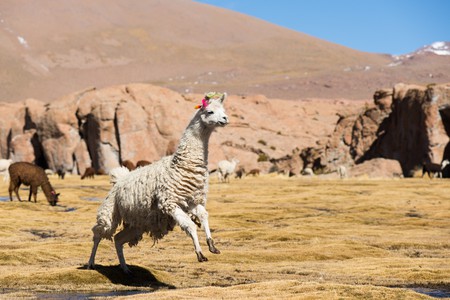 Similar to the leopard, these elusive big cats don’t really like humans, which makes them pretty hard to spot. Those looking to have a crack should check out Kaa Iya National Park or the San Miguelito Jaguar Reserve. Coming face to face with one in the wild is well worth the effort. 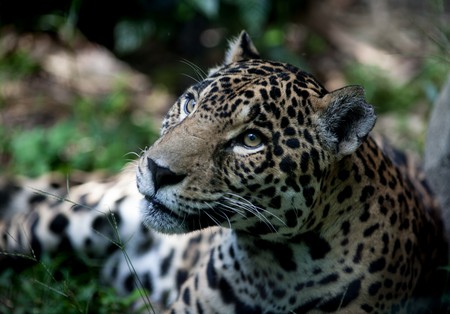 Not an actual wolf, rather a canid, these beauties are known for their distinctive manes. Their long legs make them perfectly adapted to Bolivia’s northern grassland regions where they hunt alone rather than in packs. A fun fact about the maned wolf is that their territorial wee is said to smell exactly like cannabis (seriously!). 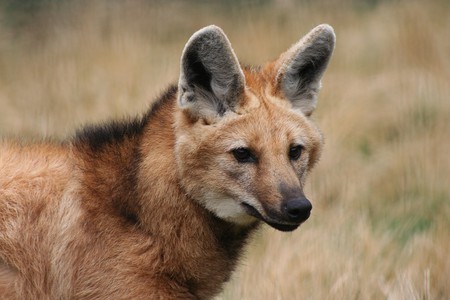 As the name suggests, these otters are huge, the biggest weighing up to 74 pounds (34 kg). They live in Bolivia’s tropical rain forest regions, typically around slow running rivers with thick vegetation which is ideal for avoiding predators. Seemingly always hungry, these greedy critters can eat up to 9 pounds (4 kilos) of fish, crustaceans and caiman per day.

These incredibly elegant birds are characterized by their pink feathers, long necks and thin legs. On display in their thousands at Bolivia’s Laguna Colorada, the Andean flamingo is sadly in danger of extinction due to excessive mining near their habitat and prolonged periods of drought. The fact that they only lay one egg per year probably doesn’t help either. You’ll often see them standing around on one leg, which is actually their most comfortable resting position.

Also known as the Andean bear, the spectacled bear is the last surviving bear species in South America. At home in the Bolivian Andes, the animal is much smaller than other species of bear and is especially adept at climbing trees to escape predators. They mostly survive off plants, only rarely hunting for prey. 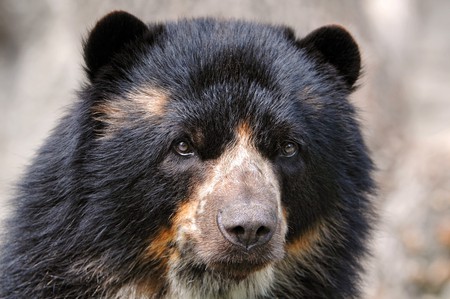 The world’s largest rodent lives in the warmer regions east of the Bolivian Andes. Despite being herbivore rats, the biggest Capybara can weigh up to a whopping 143 pounds (65 kg). As excellent swimmers, they spend much of their time in the water, even sleeping in rivers with only their noses sticking out above the surface in order to breath. 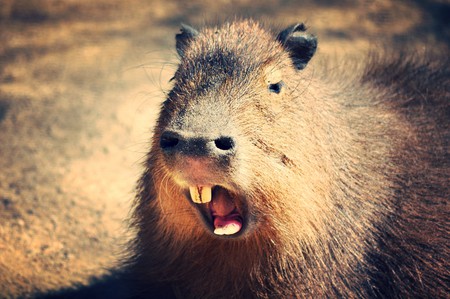 A poster-child of the entire region, the Andean condor plays an important role in local mythology. This epic black vulture is the biggest flying bird in the world when measuring weight and wingspan combined, with wings that stretch out an incredible 11 feet (3.3 m). The condor is a scavenger, constantly on the lookout for tasty fresh carcasses. 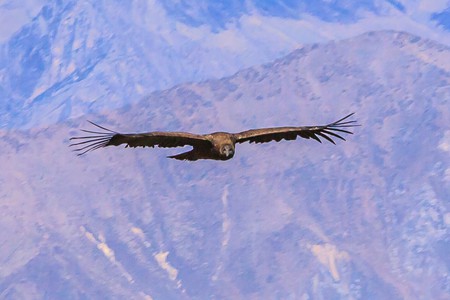 Also known as the Pink river dolphin for its distinct hue, these cheerful mammals are often seen on Rurrenabaque pampas tours where they playfully swim right up close to delighted tourists. They are the biggest river dolphins in the world thanks to a bountiful diet of fish, turtles and crabs. 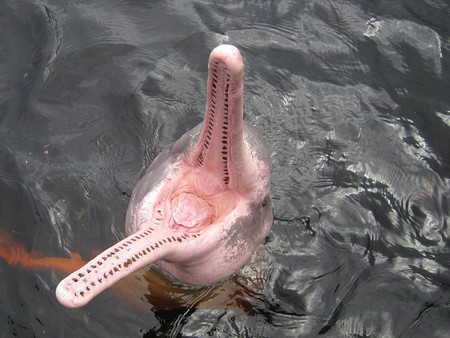 The viscacha looks like a rabbit and look absolutely adorable. These little critters are in abundance all throughout Bolivia’s highland plains, so much so that farmers consider them pests for overgrazing the land. 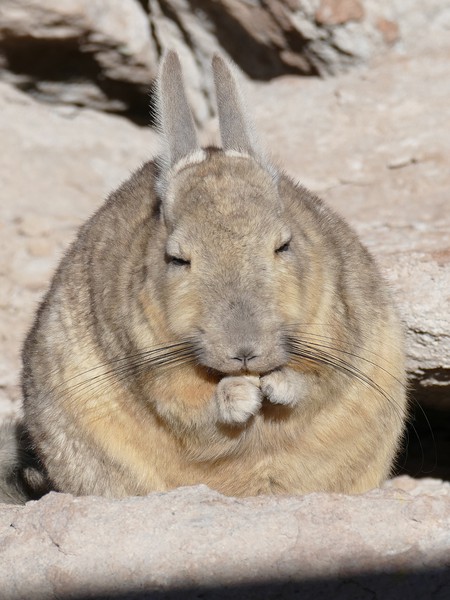 No Amazon river trip would be complete without a spot of piranha fishing, the byproduct of which is actually quite delicious. Don’t be tempted for a swim though, because if cartoons have taught us anything, it’s not to share the water with a horde of hungry piranhas. 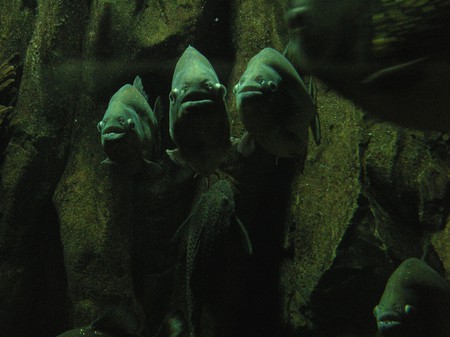 It’s pretty hard not to feel a connection with the world’s slowest moving animal. Native to Bolivia’s warmer tropical regions, these creatures might appear cute and cuddly, but their super slow moving razor sharp claws can actually be deadly. Sloth fun fact: they’re so slow that mould sometimes grows on their backs. 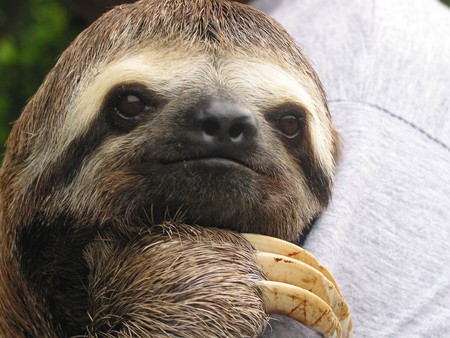 A large herbivore mammal that looks similar to a pig, the Tapir are particularly common around Bolivia’s rain forest and wetland regions as they require quite a lot of water. Remarkably, however, quite a few exist in the arid Chaco region as well, a fact that leaves biologists baffled. The Tapir are born with a series of white stripes which is thought to provide camouflage. When they grow older, the stripes fade away as they are expected to be able to outrun predators. 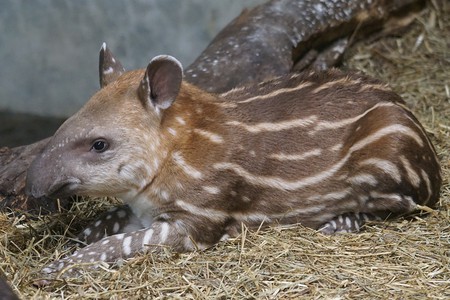 A rodent native to the Bolivian Andes, the chinchilla is famous for having the world’s finest fur. So soft is their coat that lice and other parasites are unable to live inside. Given that their fur is worth even more than mink, the chinchilla has sadly been poached almost to extinction. 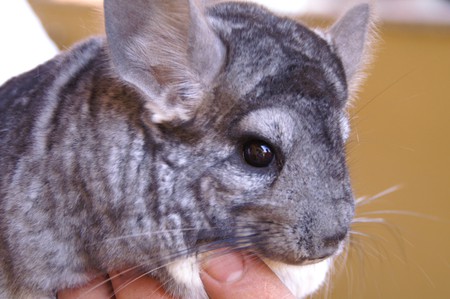 Living in Bolivia’s swamps, marshlands and mangrove rivers are the caiman, a species similar to the crocodile. Although much smaller than their crocodilian cousins of Australia, the caiman still have a decent sized set of super sharp teeth. So remember, keep your arms inside the boat at all times. 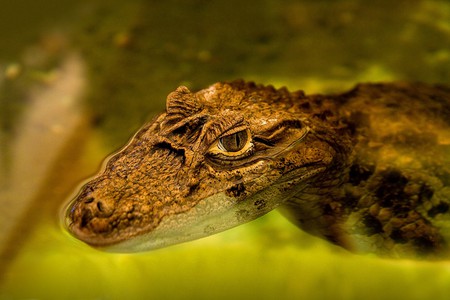 This monster snake has been made famous by countless Amazonian adventure stories including a rather questionable film staring Ice Cube. While they may not be as big as they are portrayed in the movies, they are still pretty damn big. And yes, they really do wrap around and strangle their prey. 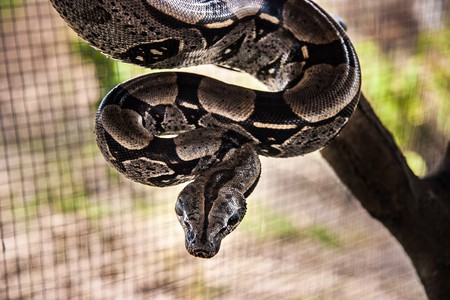 Anaconda | © Apollo/Flickr
Give us feedback