SOUTH AMERICA
/
BOLIVIA
/
Things to Do 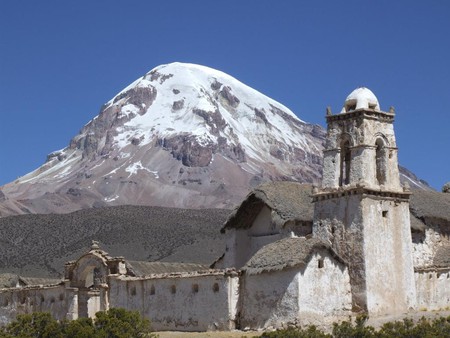 Perched high up on the altiplano near the border with Chile lies one of Bolivia’s most astounding national parks. Famous for its abundance of alpacas, towering volcanoes, and bizarre high altitude flora, Sajama is a must for outdoor adventurers who yearn to escape the tourist crowds. Here’s everything you should know about the park before visiting for yourself.

Nature takes center stage in this hauntingly remote region due to the numerous natural attractions which are just begging to be explored. Highlights include the reflective Huanakota Lake, quirky Queñoa forests, gushing geysers, and a series of epic volcanoes to challenge even the most intrepid climber. 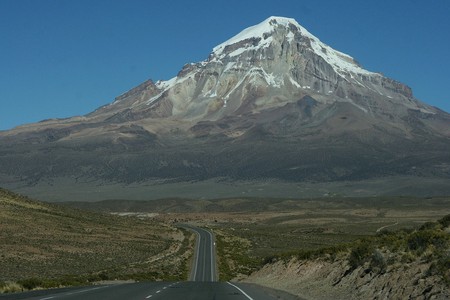 Due to its high elevation, Sajama gets seriously cold. The days are often sufficiently sunny and warm, although nighttime temperatures can plunge as low as -30°C (-22°F) in the bitter winter months. Local hostels typically provide ample blankets but its best to rug up just in case. 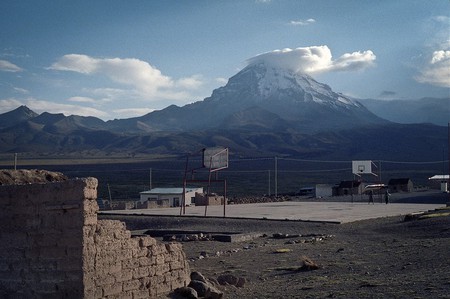 Virtually the entire park rests above 4,000 meters (13,100 feet), meaning travelers are bound to experience some unwanted effects. To mitigate altitude sickness, spend some time at a high altitude locale such as La Paz beforehand and be sure to drink plenty of coca tea. Incidentally, the park is home to Bolivia’s highest peak, the ominous 6,542 meter (21,463 foot) Nevado Sajama which looms over the landscape at every turn. 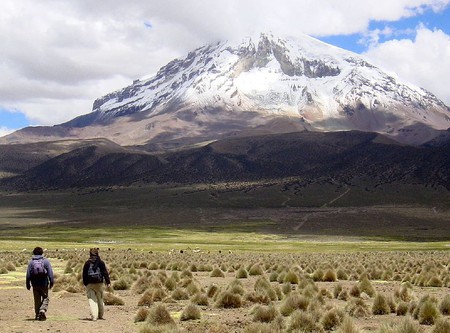 If possible, aim to visit between April and November when the park receives little to no rain. Granted, this is also the coldest time of year, but a lack of mud and the piercing blue sky make those chilly winter evenings entirely worthwhile. Some areas may be entirely off limits after heavy rains which typically occur between January and March. 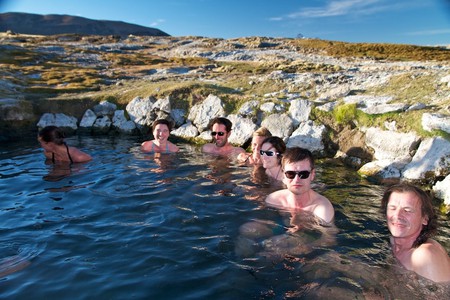 The locals haven’t changed much

Only some 80 people live in the town of Sajama itself, and there are a few hundred families scattered around the park as well. Remarkably, most locals have been living much like they have for millennia, etching out a modest living by working the rugged land. 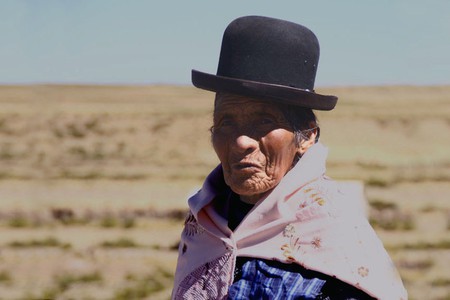 Sajama was protected way back in 1939 to safeguard the Queñoa tree which local lumberjacks were harvesting at an alarming rate. These stout shrub-like trees can still be seen in certain sections of the park today. 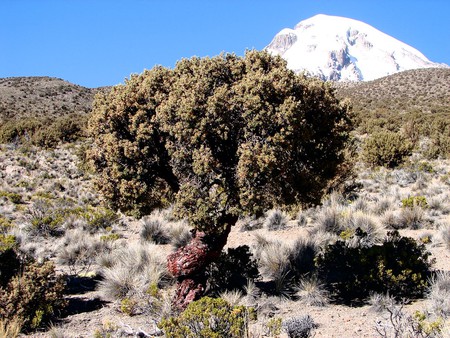 A few basic hotels can be found in the village, though don’t expect anything fancy. A fun place to stay is at the hot springs hostel which has simple rooms and a relatively well-equipped campground.

Due to poor infrastructure and its remote setting, a visit to Sajama is far less hassle with a guided tour. Although relatively expensive, guided trips make exploring the park a breeze and allow access to difficult-to-reach attractions such as adobe churches, ancient burial sites, and the mysterious Sajama lines.

Although it’s possible to visit independently too

Nevertheless, budget travelers can get there on their own. From La Paz, take any Oruro bound bus before 8 a.m. and get off at the crossroads town of Patacamaya. From there, a single bus opposite Restaurante Capitol makes the journey towards to Sajama at midday. Alternatively, take one of the several daily departures to Arica and asked to be let off at the park entrance which is a three-hour hike from town. Upon arrival, independent travelers must either rent a taxi or hike to explore the surrounding attractions. 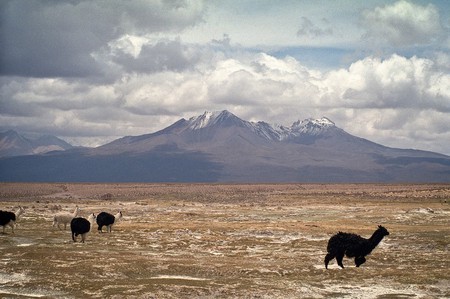