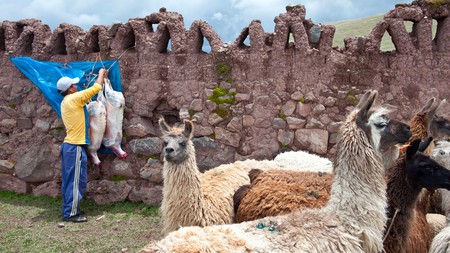 When you think of South American food, what comes to mind? A fresh and zesty ceviche, a perfectly grilled steak, empanadas or maybe it’s the exotic fruits you dream about? While you will find all of this (and more), South America is also known for its slightly more adventurous dishes. From frog smoothies and llama stews to fire-roasted cow udders, here are South America’s most unique local delicacies.

Hormigas culonas – a type of large female leafcutter ant – have been a delicacy in Colombia’s Santander region for centuries. The spring harvest (April and May) of these ‘big-bottomed ants’, which are high in protein and often eaten as an aphrodisiac, is hotly anticipated in Barichara, with the insects selling up to US$40 per pound. They’re best freshly toasted over a wood-fired oven and served with a little sprinkling of salt.

Yes, you’ve translated it right: chocolate con queso means chocolate with cheese. In Colombia, you won’t get a cup of hot chocolate without a slice of soft cheese on your saucer. The cheese is meant for either dipping or for putting it into the hot chocolate and letting it melt, giving the sweet drink an extra gooey richness. The ultimate comfort food, it’s often served in colder regions such as Bogotá and the Zona Cafetera (Coffee Zone). You may also find coffee served with a generous chunk of cheese in these regions, too. 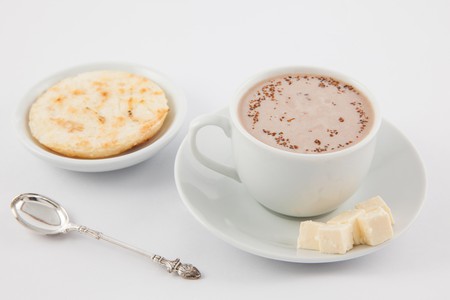 Thought to be loaded with healthy proteins and vitamins, caldo de patas is Ecuador’s answer to a bad hangover. To feel the benefits, however, you’ll first have to stomach its main ingredient: boiled pig’s feet. Traditionally, the soup – which is made from yuca, mote, peanuts, milk, onions, garlic and herbs – is slowly simmered over a wood stove for at least four hours and served with the perfectly boiled pig’s feet on top.

Chontacuros (chonta meaning palm tree and curo meaning worm in the Kichwa language) are thick, rubbery white-yellow worms found hidden in the trunk of the Amazonian chonta palm tree. For centuries, indigenous Amazonian tribes have harvested the worms and their larvae as a protein-rich source of energy – they’re even thought to have medicinal properties. They can be eaten raw, but are best toasted over a fire or fried in a little oil and salt. 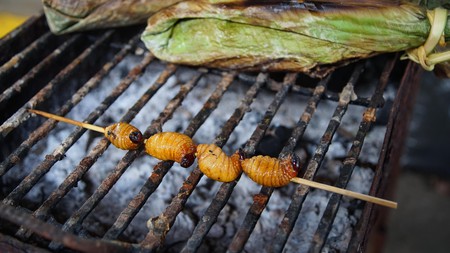 Many people see the cute, fluffy guinea pig as a pet, but in Peru these animals – or cuys as they are locally known – have been a delicacy since the Incas domesticated them over 500 years ago. Cuys, most commonly found in the Andean region, come either flattened and fried (cuy chactado) or fire-roasted (cuy al horno) with potatoes and corn. Either way, the guinea pig comes on the plate whole (with teeth, ears and claws intact), so it’s not for the faint-hearted (or guinea pig lovers).

If you see a green smoothie being served up in a local market in Peru, it isn’t spinach and kale. Since the time of the Inca civilization, the indigenous people of Peru and Bolivia have believed frogs to be a symbol of fertility, and have therefore consumed them to help with sex drive and even cure infertility in women. To ensure freshness, the frogs are kept alive in tanks, and only killed and skinned when someone makes an order. The frog is then blended whole, along with diced carrot, honey and cassava root.

You are guaranteed to see coração de frango – grilled chicken heart skewers – anywhere you go in Brazil. They’re sometimes simply grilled over hot stones with a little salt, but you can also find some more fancy variations with garlic and chili marinades. 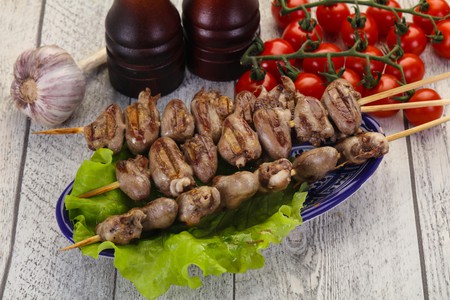 Llama and alpaca are hugely popular meats in northern Argentina, as well as Peru and Bolivia. High in protein and low in fat (far lower than beef, in fact), llama meat is considered a very nutritious and healthy addition to a lunchtime dish. The most popular way to eat it in Argentina is in a cazuela de llama, or llama casserole. The tender meat is slow-cooked with fresh herbs, carrots and Andean potatoes. The perfect winter warmer. 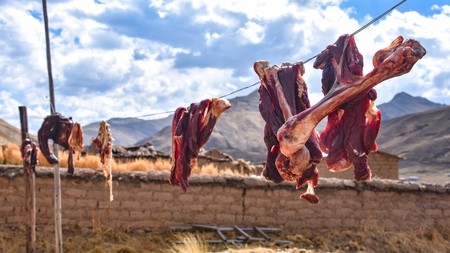 Literally translating to ‘chargrilled udder’, ubre asada is a lightly seasoned, milk-less cow’s udder cooked on a barbecue grill. A well-prepared ubre should be spongy and soft on the inside and have a slightly golden, crispy outside. You’ll also find this served in Argentina with a generous serving of chimichurri, a sauce made with finely chopped parsley, minced garlic, olive oil, oregano and red wine vinegar.

Caldo de cardán is a soup… made with bull penis and testicles. The broth, made from vegetables, garlic and herbs, is flavorful, but the meat is definitely an acquired taste. Unsurprisingly, caldo de cardán is considered an aphrodisiac, but it is also said to cure anything from fatigue and anaemia to a two-day hangover.