In recent years, South America has distinguished itself as a powerhouse of originality and innovation in design, producing an array of audacious designers across the creative spectrum, from high fashion to modern architecture and interior design. Culture Trip picks out ten of the top designers whose ambitious and inventive spirits have earned them recognition not only in their home countries, but also across the world. 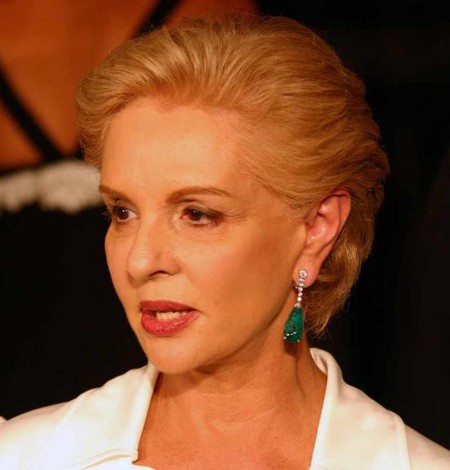 The Venezuelan-American fashion designer Carolina Herrera was introduced to the fashion world by her socialist grandmother during her childhood in Caracas. After moving to New York to pursue a new life as a designer, Herrera carved herself a dazzling career by dressing some of the world’s most glamorous public figures, from Michelle Obama to Mick and Bianca Jagger. Renowned for her own personal style, Herrera’s designs use rich and luxuriant fabrics to create a clean, classic look that oozes elegance. Her thriving fashion empire now incorporates not only catwalk clothing but fragrance, accessories and cosmetics. 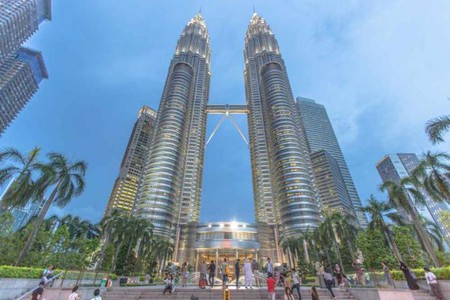 Argentina-born architect César Pelli is distinguished for designing of some of the tallest buildings in the world. Widely regarded as one of the 20th century’s most seminal architects, his towering achievements include office blocks, libraries, art ventures and public spaces, all sharing the common attribute of their sky-high stature. His most eminent feats include the World Financial Center in New York and the Twin Petronas in Kuala Lumpa. Over his stunning career, Pelli has earned more than 80 accolades for innovation in design. 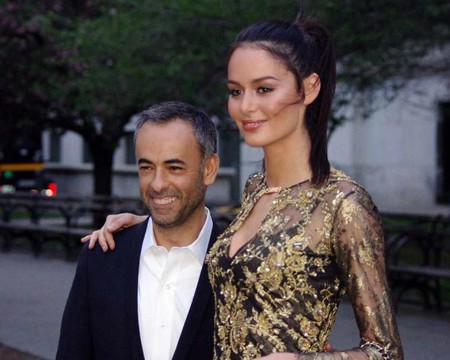 Multi-award winning Brazilian fashion designer Francisco Costa is Creative Director of the Calvin Klein Collection and is widely credited with being the creative force behind revamping the brand with a fresh, minimalist aesthetic. After moving to New York, Costa trained with style guru Oscar de la Renta and spent a stint working with Gucci, where he was assistant to Tom Ford, before joining the Klein design group in 2001. His designs, characterized by cool, muted tones and restrained silhouettes won Costa, both 2006 and 2008, the CDFA’s prestigious Womenswear Designer of the Year Award. 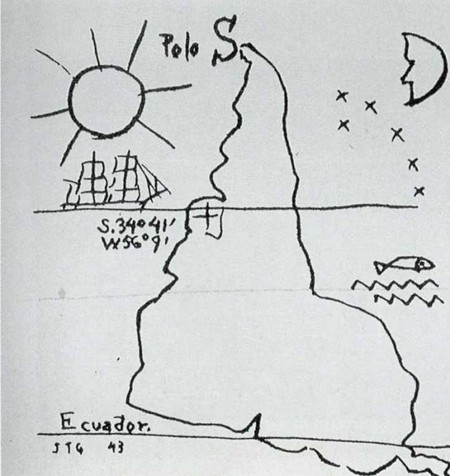 Born in Montevideo, Uruguay, in the late 1870s, Joaquín Torres García was a painter, sculptor and muralist considered to be the father of Latin American Constructivism. His most valuable contributions included his collaboration with Catalin Antoni Gaudí in 1903 in creating the stained glass window for the cathedral in Palma de Mallorca, and the frescoes for the Templo Expiatorio of the Sagrada Familia in Barcelona. In 1936, upon drawing his famed illustration of an inverted map of South America, he made his famous unifying commented; “our north is our south.” 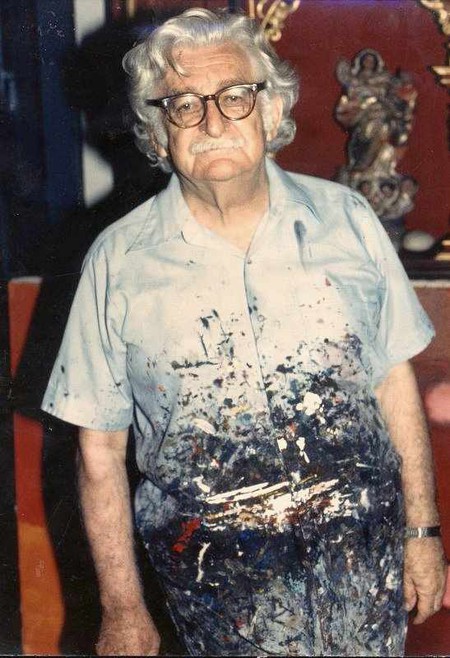 Brazilian landscape designer Roberto Burle Marx sculpted parks and gardens that made him world famous. Credited with introducing modern landscape architecture to Brazil, he’s had a great influence on the development of 20th-century tropical garden design. Applying other artistic expression such as graphic design, tapestry and folk art to his landscapes, Burle Marx was one of the first people to call for the conservation of Brazil’s rainforests. His work can be seen on the Copacabana Promenade, the Parque del Este in Caracas and the Ibirapuera Park in São Paulo. 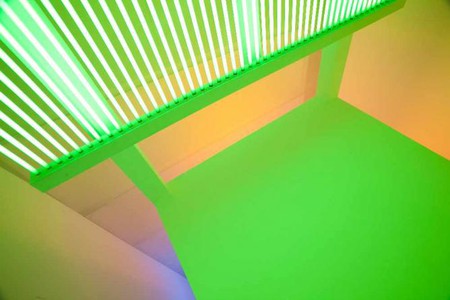 Venezuelan Carlos Cruz-Diez, now a resident to Paris, is known for his kinetic and op art displayed in prestigious galleries and museums internationally. Focusing on lines and perception, his visual style works on inviting the viewer to actively participate in the designs by immersing them in changing colors, irregular patterns and a sensation of movement that alter the immediate experience. One of his most famous works, Chromosaturation, involves 22 electrically lit cabins in red, blue and green that was first displayed at the entrance of the Place de l’Odéon in Paris. His later work included some environmental installations. 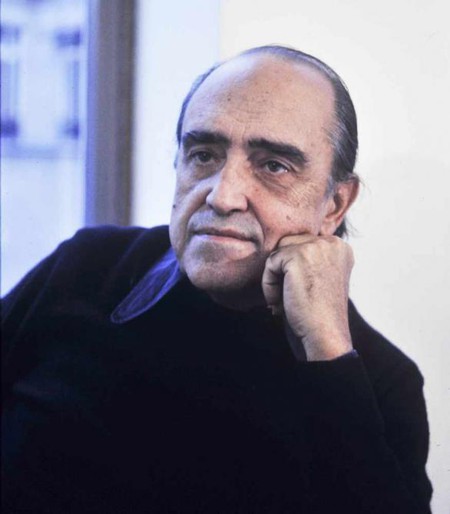 Prolific Brazilian architect Oscar Niemeyer (1907-2012) is considered one of the key figures in the development of modern architecture. He is best known for the design of civil buildings in Brasilia and collaborating with architects on the United Nations Headquarters in New York City. Many of his free-flowing designs shared a signature curve – said to be an attempt to mimic the sinuous female form. Key achievements include the Contemporary Art Museum in Curitiba, the Niterói Arts Centre in Rio and the sprawling Edifício Copan that swerves like a wave across the commercial center of São Paulo.

“Art is not beauty of novelty, art is effectiveness and disruption” stated the pre-eminent Argentine conceptual artist Léon Ferrari. Born in Buenos Aires in 1920, Ferrari became known for his protest art that encompassed many mediums including painting, collage and printmaking using a mix of materials such as wood, wire and concrete. He dedicated his life and work to art and human rights, and was highly critical of war, social inequality and abuse of power. After spending time in exile during the Argentine ‘dirty war,’ he created a series of collages condemning the repressive military regime and the religious establishment that made him both a highly controversial and respected figure. 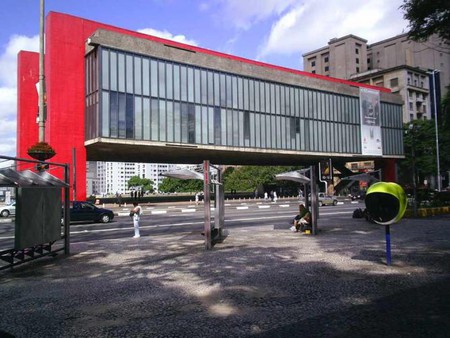 The Italian-born Brazilian modern architect Lina Bo Bardi (1914-1992) had a refreshingly radical approach to design and a commitment to building for society’s needs. Arguably the most underrated architect of the 20th century, her talents embrace architecture, political activism, designer furniture and stage sets. Making use of plain materials such as concrete and glass, she’s known for embracing elements from Brazilian culture and adding mud and straw to her palette. Her own home the Casa de Vidro (Glass House) in a suburban district of São Paulo illustrates her capacity for creating exquisite designs in harmony with its natural surroundings.

The Brazilian-born, London-based designer is the founder of the eponymous Issa label and has dressed everyone from Naomi Campbell to Madonna. Her most famous design to date is the iconic blue engagement dress worn by Kate Middleton in 2010 that perfectly matched her sapphire engagement ring. The dress sold out within 24 hours of the public appearance and sparked a new trend for the little blue dress among fashionistas.