These Latin American Bands Were Nominated at the Indigenous Music Awards 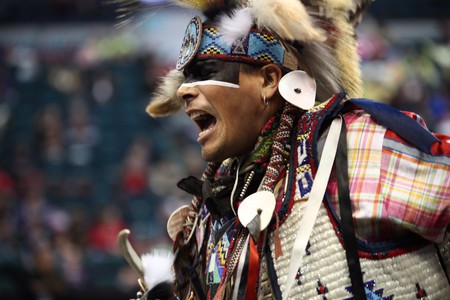 A performance at the Manito Ahbee Festival, where the Indigenous Music Awards are held | © Travel Manitoba / flickr

Indigenous communities meet pop culture at the Indigenous Music Awards held in Winnipeg, Canada. Among those nominated in 2018 were indigenous peoples from Mexico, Ecuador, Brazil, and the Amazon.

The Indigenous Music Awards take place during the Manito Ahbee Festival, which is celebrated with dance, art, music, markets, ceremonies, and pow wows. While many of the award categories focus on local regions in North America, the festival recognizes international groups and calls for unity for all. They honor groups of people across the globe who are often underrepresented and marginalized and seek to preserve their customs through both traditional and modern mediums, as demonstrated in the mixture of sacred eagle feathers and electronic soundboards found at the occasion.

An electronica and hip-hop ensemble named Membda was nominated from the central Mexican state of Hidalgo. The organizers praised the band for “finding and creating a space in music where indigenous youths are heard and their cultural roots prevail.” 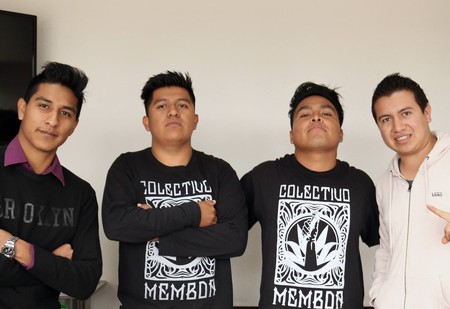 The four-piece group formed in 2014 and soon started performing on local radio. Their music blends a variety of influences including electronica, hip-hop, and cumbia. They sing all of their songs in Hñähñu, an Otomí dialect, and celebrate their heritage in both words and content.

“We want to let the world to know that there are still a great variety of languages and cultures in Mexico,” said band member Hector Polvadera. 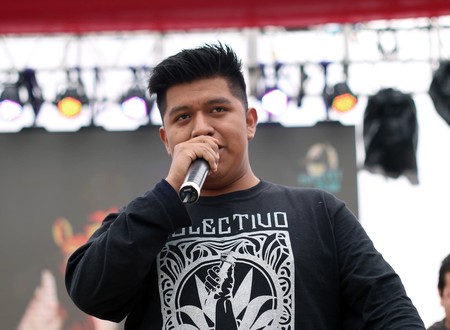 Indigenous music in Mexico has recently surged in popularity. In 2016, the rock band Vayijel released “J-ilol,” a song performed in Tzotzil, a Mayan language spoken in the southern state of Chiapas.

Last December, the Citizen’s Movement party released a political campaign song performed by nine-year old singer Yuawi López, a member of the Wixárika (Huichol) tribe. López became a household name and potentially launched a music career thanks to the song, though some controversy surrounded the party regarding questions of exploitation.

Mexico has the sixth highest number of languages in the world, with 281 different indigenous language variations, according to Ethnologue, an organization that provides worldwide linguistic profiles. Yet many of these languages and dialects are critically endangered, with few remaining speakers.

“Our language is in decline, especially among young people who are using Spanish instead,” Polvadera said. “This music is part of a strategy to ensure that young people continue hearing and using our language.”

Membda was nominated in the Best International Indigenous Release category for their debut album, Hin To’o Ngu Nuga, which focuses on the daily joys and challenges of life as an indigenous person in Mexico. Their song lyrics cover a broad range of topics describing rural life, the natural environment, and community struggles.

Membda performed at the awards ceremony in Canada but narrowly lost out to The Imbayakunas, a music group from Ecuador who won the award for their latest release, New Ground. The Imbayakunas have a unique fusion sound that blends traditional Andean instruments such as the flute and pan-flutes with the more contemporary sounds of the electric guitar and bass. The band have already won multiple awards and have a discography boasting 20 productions.

The other three nominees for this year’s Best International Indigenous Release were the Australian initiative Mission Songs Project, the Brazilian singer Gean Ramos, and the Amazonian indigenous singer Djuena Tikuna.

The Mission Songs Project is an effort to revive, record, and perform a selection of songs that originated among Australian aboriginal peoples during the 20th century.

Gean Ramos is a singer-songwriter from Northeastern Brazil and is from the Pankararú tribe. His songs fuse soothing rhythms and intimate lyrics.

Djuena Tikuna self-identifies as Amazonian rather than Brazilian. She performs songs describing the history and struggles of the Tikuna people.