Feminism is a growing concern in Latin America, given that this region is said to be the location of around 50% of the world’s femicide victims. However, Latin American feminism’s progress has differed from that of the rest of the Western world. Initially influenced by the ’60s feminist movement but gradually losing popularity, becoming the domain of the left-leaning middle classes, it rose to prominence again in the 1980s and maintains a presence today. Here we list ten of the best Latin American writers who have historically explored this trend in their works.

Not only one of the most prominent modernist poets in Argentina, Swiss-born Alfonsina Storni was strongly engaged with feminist issues at a time when the suffrage movement was only just gaining strength in many Western countries. Raising an illegitimate child, she regularly published in magazines and was finally awarded the Municipal Poetry Prize for her 1920 anthology, Languidez. However, it is Ocre (1925) in which her feminist credentials arguably start coming to the fore, a theme which continues in Mundo de siete pozos (1934) and Mascarilla y trébol (1938), with representations of what she considered female repression at the hands of men. Her impact on the literary scene is undeniable, given that the widely covered song Alfonsina y el mar is about her highly mythologized suicide at La Perla beach in Argentina.

Broadly dealing with feminist issues in Latin America in her repertoire of eclectic and genre-spanning writings, Carmen Boullosa is an exceptional novelist, poet, and playwright. Generally speaking, her works deal with gender roles in Latin American society and other feminist issues. One of her better known texts is Leaving Tabasco (2001), in which Delmira Ulloa richly evokes her life 30 years before in a quirky, tiny town in the state of Tabasco, where magic is the stuff of everyday life. This excellent novel, which of course evokes the magical realism so popular in Latin America, displays a self-awareness of its literary heritage, as Delmira is at one point handed One Hundred Years of Solitude to read on a plane. A fascinating text, Leaving Tabasco is enthralling, wordy, thought-provoking. 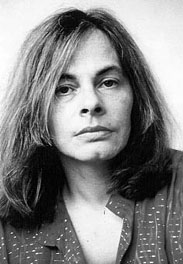 Exiled from her native Uruguay in 1972, Cristina Peri Rossi now holds Spanish citizenship and continues to be a prolific writer, having published well over 30 works. Arguably her most famed text is La nave de los locos (1984), which is an experimental parody of travel writing which demonstrates her keen eye for satire through the denunciation of dictatorial societies, a key feature in Latin American history. Similarly, it explores the repercussions on male sexuality of a patriarchal and phallocentric society, themes which come to be explored in later texts, such as El amor es una droga dura (1999). Her talents are not limited to novels however, as the lesbian eroticism explored in Evohé (1971) was the source of great scandal on its release. 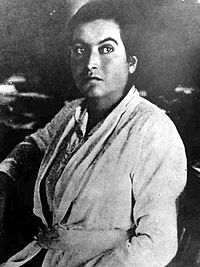 Widely considered the greatest female Chilean poet of all time, Gabriela Mistral’s impact on the Latin American, and global, literary world is undeniable. She was the first Latin American to win the Nobel Prize in literature and was featured on Chilean banknotes, and was blessed – or cursed, depending on how you look at it – with incredibly progressive ideas for her time. She began her writing career publishing often controversial articles which advocated for the rights of women and criticized the Chilean education system. Through her poetry, especially in Sonetos de la muerte (1914), she explore the devastating suicide of her nephew and defended Chilean and Latin American culture from the homogenization of North America. Pablo Neruda – perhaps you’ve heard of him? – was one of her students.

A prolific Brazilian translator, journalist and short story writer, Sônia Coutinho was first awarded the Prêmio Jabuti in 1979 for the anthology Os venenos de Lucrécia (1978) which contained her short story Cordelia, a cacadora. This text also won the Status Prize for erotic literature. Her follow up Prêmio Jabuti was awarded in 1999 for Os seios de Pandora. She has regularly been hailed as one of the most prolific and interesting contemporary female Brazilian writers, with a knack for creating a distinctly female voice in her fiction. Aside from her fiction however, her feminist ideologies are most notable in her critical writings and her commentaries on gender relations in Brazilian society. Other notable texts include O jogo de Ifá (1980) and her detective novels Atire em Sofia (1989) and O caso Alice (1991).

Another Argentine, aanother modernist, although with an added ‘ultra.’ Ultramodernist poet Norah Lange was closely associated with the ’20s and ’30s avant garde in Buenos Aires, and her poetry has provided much inspiration for later modernist poets. She was also a key player in destroying the Argentine assumption that prose was the writing women should stick to rather than poetry, although she also published prose volumes. One of her stand-out novels is the outstanding Cuadernos de infancia (1937). A contemporary of Jorge Luis Borges, the well-known Argentine author, she wrote a 1925 anthology, La calle de la tarde, that features a prologue written by him.

A big hitter on the Chilean literary scene is Santiago native and feminist Marcela Serrano, who has published nine novels and several short stories. A theme which dominates much of her writing is the way in which it explores women’s lives, something which has drawn repeated criticism from misogynistic critics. The 2011 novel Diez mujeres gives biographical flashes into the lives of ten women, nine of whom are the patients of the final one, Natasha the therapist. Serrano’s clear, lucid prose shines here, as she rather impressively tackles the creation of ten distinct biographies in one novel, while keeping them fully fleshed out and absorbing. Other stand-out works include El albergue de las mujeres tristes (1997) and winner of the Sor Juana Inés de la Cruz prize, Nosotras que nos queremos tanto (1991).

The only Afro-Cuban entry on the list is Excilia Saldana, a poet hailing from La Habana, whose work has had limited translation into English, something which is thankfully changing. Her anthology Mi nombre: antielegía familiar (1991) talks of denying the traditional motherly role of the bourgeois family, instead positioning women as the mothers and creators of revolutionary Cuba. Her name (almost a direct translation of ‘one who is exiled’ in Spanish) is similarly discussed as problematic, restrictive yet necessary, imposing of an order that is rejected but required. Her poetry is amazing and thought-provoking, engaging with race, gender, and all that these entail in the process, and was the winner of the 1998 Nicholas Guillen Award for Distinction in Poetry. Mexican-American Sandra Cisneros has done a lot for Chicana literature, and her first novel arguably remains one of her best. The House on Mango Street (1984) is a slim, slight text, easily devourable in one sitting and explores the coming-of-age story of Latina-in-Chicago Esperanza Cordero. Often heartbreaking but simultaneously joyous, The House on Mango Street is a classic text in the Chicana literary canon, which explores the cross-cultural presence of misogynistic attitudes towards women. However, Cisneros’ short story collection Woman Hollering Creek and Other Stories (1991) perhaps has a more explicitly feminist focus, as she presents women – particularly Chicana women – as empowered protagonists, critiquing patriarchal structures through their experiences which resonate with so many women, Mexican-American or otherwise. 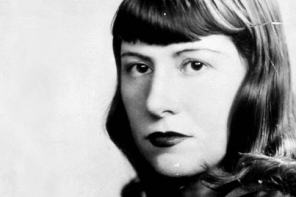 We round up our look at feminist Latina authors with the critically acclaimed and internationally recognised Chilean, Maria Luisa Bombal. Known for her surrealist, erotic, feminist works, she was a contemporary of Jorge Luis Borges and Pablo Neruda and focused predominantly on novels and short stories. Her surrealism is said to have influenced much of the well-known magical realism that was to later come out of South America in particular, with her first novel La última niebla (1935) focusing on a loveless marriage in which the husband hangs on to the memory of his first wife. La amortajada (1938) is a similarly peculiar text whose protagonist is deceased, witnessing her own funeral. These innovative writings very often featured heroines creating fantasy worlds to escape from their less appealing realities.