The Most Quintessential Music of Each South American Country 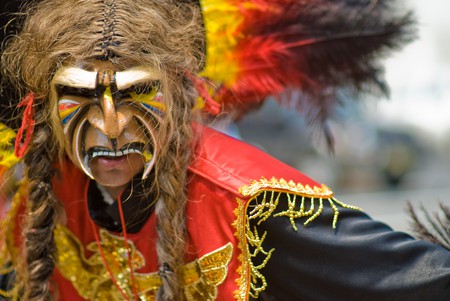 When asked what they like most about South America, many travelers refer to the music. Exotic, enticing and undeniably fun, South America’s infectious rhythm encapsulates the soul of the region and inspires even the most timid traveler to bop along with the beat. While pop, reggaeton and cumbia might dominate the charts, it’s the traditional music of each county that really endures.

First gaining popularity in the middle-class dance halls of late 19th century Buenos Aires and Montevideo, the smooth and seductive sounds of Tango are a true hallmark of the region. Perhaps more famous for the accompanying dance, Tango is actually thought to have originated from the seedy brothels of Buenos Aires where late-night call girls invented the risque moves. Tango legend Carlos Gardel exported the genre to France in the 1920s where it earned a more sophisticated reputation, partly thanks to his uber-elegant classic Por un Cabeza.

Although Chileans enjoy a number of traditional and contemporary musical genres, it is the upbeat Cueca which resonates most closely with their national identity. The music’s origin is somewhat unclear, although it is thought to have evolved in the countryside sometime during the mid 19th century. Variations of Cueca exists across the country, including a more modern and urbanized version known as Cueca Brava which has done away with traditional Andean instruments such as panpipes and tubas. The accompanying dance of the same name was declared Chile’s national dance in 1979 and is characterized by flirtatious courtship with ample waving of handkerchiefs.

Bolivia is home to a dizzying array of vibrant folklore music, each style with its own unique costume and dance. A favorite among many is the uptempo Morenada, a joyful genre that encapsulates the essence of the nation. Morenada comes from the days when African slaves worked the mines of Potosi, a fact evident by the dancers’ black face masks and the bells on their shoes which clink like chains. A number of Morenada tracks have found success on the local scene, one of the best of which is Maria Juana’s Idilio.

With a large region covering a myriad of climatic zones, Peru has a huge number of traditional musical genres including Huayno, Criolla and Chicha, to name just a few. But it’s their Andean folk music that best represents the nation, beloved for its melancholy panpipes and rhythmic charangos. Peruvian folk music has much in common with that of Bolivia, with some genres such as Caporales equally adored in both countries. As for quintessential tracks, it’s pretty hard to go past the internationally revered and instantly recognizable El Condor Pasa.

Mammoth Brazil makes up almost half of South America, both in size and population, so it’s no surprise these fun-loving people have contributed plenty to music over the years. Choro, Samba and Brazilian rock have all made their mark, but it’s Bossa Nova that really put Brazil on the map. Best described as a jazz fusion with a slow samba beat, Bossa Nova was born in Rio in the 1950s and took off internationally when Tom Jobim released Garota De Ipanema, a timeless classic that has been translated into English (The Girl From Ipanema) and covered by the likes of Frank Sinatra. Keen to hear more Bossa Nova goodness? Mas Que Nada is another one for the ages.

Although enjoyed throughout the continent, Pasillos is regarded as the national genre of Ecuador and forms an integral part of their cultural identity. Originating sometime during the 19th century, this downtempo style is influenced by the European Waltz and other more local tastes. Hugely sentimental, the genre is characterized by poetic lyrics alongside melancholic guitar and flute melodies. The king of Pasillos is no doubt the legendary Ecuadorian Julio Jaramillo, a man widely regarded as one of Latin America’s best singers.

Salsa was actually invented by migrant Latino communities in New York during the ’60s. Colombians have certainly taken a liking to it though, forming their own fun-filled fusion of Cuban, Puerto Rican, Afro-Percussion and North American Jazz influenced Salsa which has taken the country by storm. Cali is at the heart of the Colombia’s scene, a city where all-night clubs attract scores of salsa veterans almost every night of the week. Grupo Niche, one of Colombia’s favorite salsa bands, pay homage to the Cali scene in their smash hit Cali Pachanguero.

Ask a Venezuelan about their country’s most typical music and they’ll tell you about Joropo, an uptempo genre that embodies their collective identity. Derived from the word ‘party’, this fast and fun music originates from the countryside and has European, African and indigenous influences. A traditional dance similar to the Spanish Fandango complements the harps, guitars and maracas with plenty of turns, shuffles and spins. So ingrained is Joropo in Venezuelan society that its most famous song, Alma Llanera, is passionately referred to as the second national anthem.