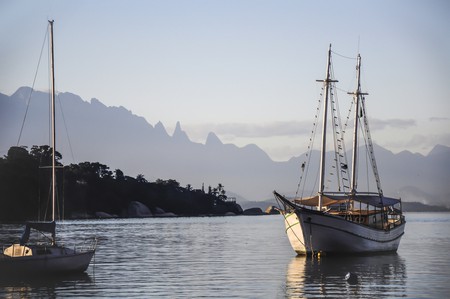 This one is all about eco-travel. Few islands capture the beauty, mystery and intrigue of Easter Island – or Rapa Nui, to the locals. One of the most isolated places on Earth, you might feel pretty lonely here as it’s a whopping 2,299 miles east of Chile. Its appeal? The place is literally an open-air museum that’s great for divers and fans of those huge, mystical Moai statues. The best way to experience the island’s beauty is by way of an epic hike, something that’s normally reserved for the most experienced explorers. If all you want to do is chill though, stunning coastlines and green-friendly retreats await. Ideal for honeymoons and getting rid of those cerebral cobwebs. 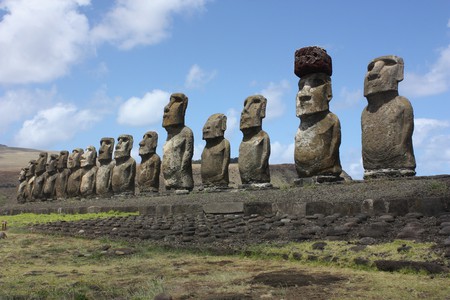 The Falklands (Islas Malvinas to the Argentines) is the place to go if you fancy an Antarctic voyage, but for those that skip it just to get to the South Pole, they’re missing out on a glorious, other-worldly landscape that’s littered with snowy mountains, jagged coastlines and very cute penguins. Most people stick to the two main islands: east and west, but there are over 700 smaller ones about that cover a colossal 12,173 sq. km – roughly around the same size as northern Ireland! The best thing about the place is its rural charm. Think 400km of roads and one single traffic light (yes, we’re serious). Among the 13 endemic plants, you’ll find lots of rare botanical gems here, including the once thought to be extinct Felton’s flower. Two words: GO NOW. 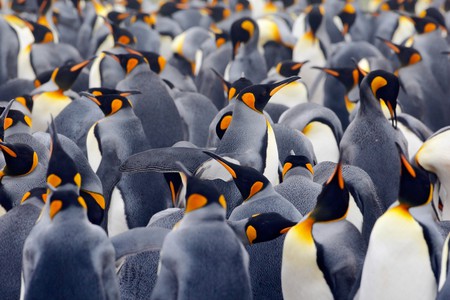 This might just be the best place on Earth. Located south of the Beagle channel from Ushuaia, its sparse and mostly uninhabited wilderness harbours a rugged, Mordor-like landscape full of peat bogs, jagged spikey mountain peaks (the Dientes del Navarino) and a rich, mostly untouched southern Beech forest. The only major town on the island is Puerto Williams, which claims to be the world’s southernmost city. There’s plenty of things to do here, but first on your list should be a trek along the jagged mountain tops. As you can see, the views are incredible. 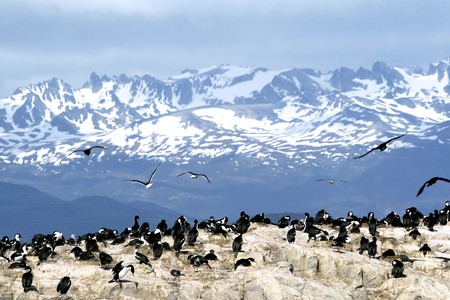 Some people say this island has the best beaches in the world and it’s easy to see why. Situated just three miles from the legendary Ipanema beach, this uninhabited archipelago is a refuge for a vast swathe of indigenous wildlife, including ultra cute Flipper squads. Ilha Cagarra, the Island’s namesake, is the tallest and most visible of the isles but the one you really want to go to is its neighbour, Ilha das Palmas. Ideal for diving, surfing and chillaxin’ on beaches, this glorious slice of paradise offers everything from dreamy walking trails to adventure sports. 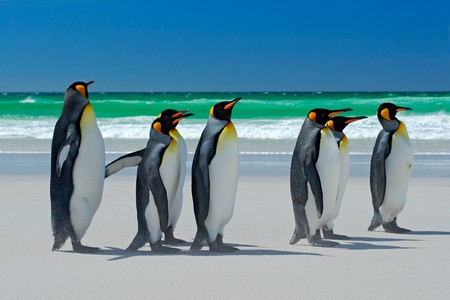 Chiloé’s colour-crazy houses, street art, and epic natural vistas will make you instantly want to pack up and move here. It’s the second largest of the Chilean islands and despite being so close to the mainland, has managed to retain its vibrant spiritual traditions: think witchcraft and mystical folk tales. The breathtaking archipelago was formed from the ridges of a mountain that was submerged beneath the sea for millions of years. The result: lush green forests, glittery seascapes and a stunning rocky coastline. And on a clear day, you can see all the way to the snow-capped peaks of the Andes. 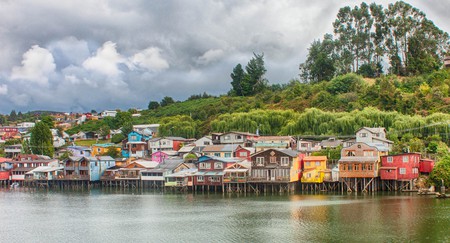 One word: Penguins. Everybody comes here to see these cute fat birds waddling about – all 120,000 of them. There’s not much else here to explore – except for the beautiful beaches, awesome coastlines and breathtaking azure tundras. Several day trips run from to the island from the mainland but make sure you check the weather before booking, as seas can be a little rough. Seriously though, once you’ve seen that Pingu waddle, it’s so worth the ride.

If you’ve had enough of Rio, do as the locals do and escape to this chilled out little island 70 minutes west of the Brazilian coast. The great thing about this place is that cars are banned on the island. How to get around? By foot, bike (there’s thousands of them) and if you’re feeling fancy, horse and cart. Aside from the fab beaches, you’ll see a load of charming colonial buildings and quirky shops. The best time to visit is during the Festa de São Roque. Expect lots of fireworks, colourful processions and music on the weekend following August 16. It really is quite the spectacle. 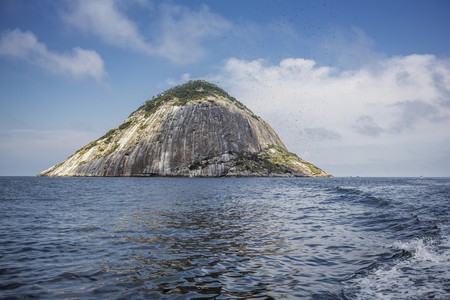 A desolate fan-shaped island built of limestone and sand 186 miles west of Venezuela. It’s a dream destination for wannabe castaways and the rich and famous who come here to party hard – in private, of course. The reefs that surround the island are known for their awesome variety of rare black corals. If you’re lucky enough to bag a chartered cruise, look out for blueheads, French angelfish, porcupine fish and the occasional flying fish. On land, you’ll find wild some mischievous donkeys and parrots. So, if you’re dreaming of a little Tom Hanks-style isolation in the wilderness, this is the island escape for you. 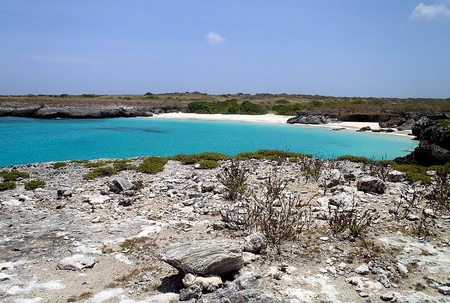 Nicknamed the ‘poor Galapagos islands’ you’ll find that after spending as little as 10 minutes circling this grand network of rocky isles, there really is nothing ‘poor’ about the place. First things first: you can’t set foot on the island. Unfortunately, it’s a day trip kind of thing that’s reserved for those with exceedingly deep pockets. It’s about a one hour 30 minute journey from the mainland. Once you get there, you’ll spend about an hour circling mammoth caves and arches whilst watching enormous herds of sea lions laze about on the jagged rocks. Oh, and there are several thousand pelicans here. 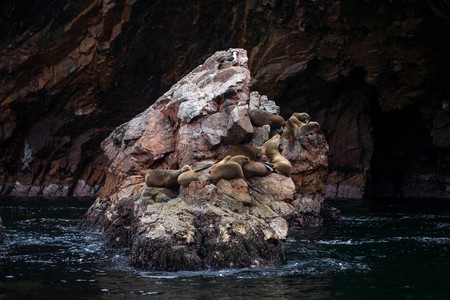 No island round-up is complete without mentioning these famed Darwinian and UNESCO-listed utopias. Ask anyone and they’ll tell you there’s nothing quite like it. How come? Because many of the creatures that live here can’t be found anywhere else in the world. Imagine cute kaleidoscopic iguanas, terrifying sea snakes, giant tortoises and scary-looking sharks coming at you in all directions. The islands (all of which are declared National Parks) are about 960km off the coast of Ecuador. Bizarrely, they are not as tropical as you think: the flattish, and at times desolate landscapes are covered with the odd green bush and you’ll see plenty of volcanic plumes bursting out here and there. While they may not be the prettiest islands, their appeal lies in that there is something very unearthly about them. As Darwin put it: ‘the country was comparable to what one might imagine the cultivated parts of the infernal regions to be’. For us, this awesome hermit crab is more than enough reason to go: 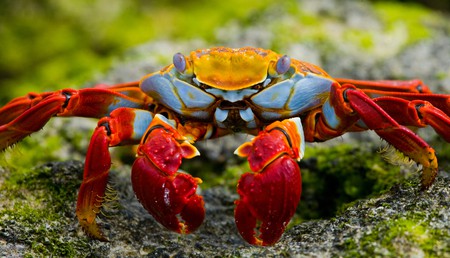 Credit: Shutterstock
Give us feedback