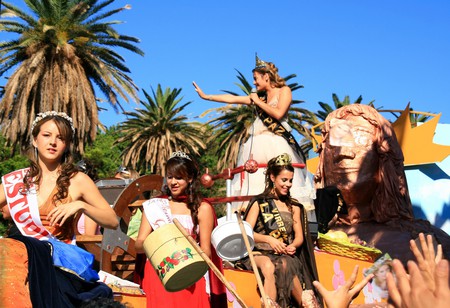 In March, after a long year of meticulous nurturing, the grapes of South America ripen and become ready to harvest. Known as Vendimia in the Spanish-speaking world, this is a moment of great importance where the hard work of the last 12 months literally comes to fruition. To celebrate such a momentous occasion, the locals put on a huge party full of music, dancing and wine.

The Chileans have been doing Vendimia since 1551, back when peasant farmers received just a little extra food and wine in reward for a year of backbreaking effort. These days, the festival is more about giving the modern farmer some time to relax, get drunk and enjoy the fruits of his labor. Tourists and locals alike flock to Chile’s wine growing regions – particularly Curcio Valley, Maipo and Casablanca near Santiago – to revel in the festive atmosphere. Held over several days at the end of March, the festivities include plenty of music, dancing, games and merrymaking. One of the more lively events is the coveted grape stomping competition where contestants squash the fruit as fast as possible with their bare feet in front of a roaring crowd. The prize? Wine of course. 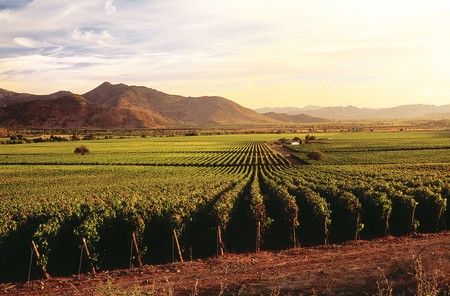 Mendoza is the place to be for Argentina’s epic Vendimia, a tradition they have proudly kept alive since the 17th century. All 18 provinces throughout the state prepare for the giant festival weeks in advance, although the best action takes place within the city of Mendoza itself. For several days in the first week of March, scores of guacho style dancers bust a move through the city streets, fireworks light up the sky and copious amounts of the good stuff are consumed alongside the traditional Argentine asado (barbecue). Vendimia is one of the biggest events in the country and is exciting enough for National Geographic to declare it the second best harvest festival in the world (beaten only by Thanksgiving celebrations in Massachusetts). 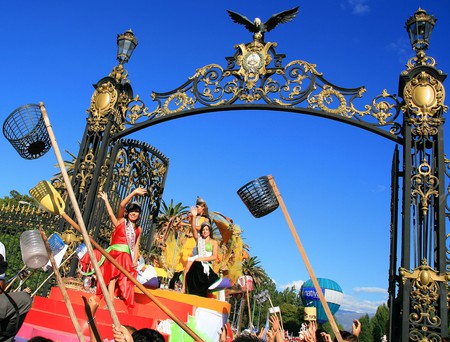 In Bolivia, Vendimia takes place in the main plaza of a small town called La Concepcion just outside the more sizable city of Tarija. Situated right in the heart of the country’s Ruta del Vino (wine route), La Concepcion welcomes thousands of visitors from Bolivia and abroad to celebrate the harvest with exquisite food and wine. The festival is remarkably civilized (at least by Bolivian standards), much of its focus being on the arts such as exhibitions, photography competitions and traditional entradas (dancing parades). Bolivia’s Vendimia takes place in April and lasts several days. 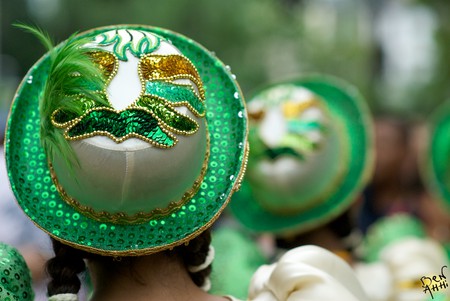 The Peruvian wine industry is fairly modest. It does, however, produce tonnes of the much stronger distilled grape spirits known as pisco. For this reason, Peruvians hold their own lively Vendimia celebrations in Ica and Paracas, the major towns of the county’s southern grape-growing region. Taking place in the second week of March, the multi-day festival features fairgrounds, competitions and parades with with plenty of pisco and vino to go round. But the highlight for many is when the newly crowned Queen of Vendimia is made to climb into a huge vat and trample the first grapes of the season with her elegant little feet, a machista tradition that has been carried on for years. 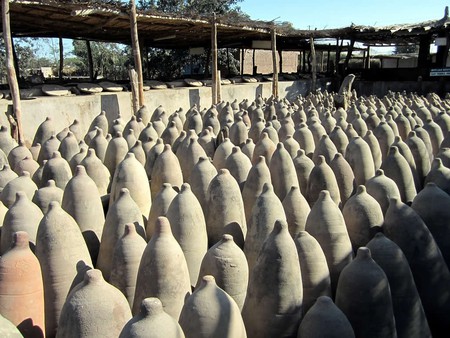 The southern towns of Las Piedras and Canelones are where the Uruguayan Vendimia festivities takes place. Uruguay has a small wine industry located exclusively in this region where the soil is most fertile. The festival is more subdued than others on the continent, with the crowning of a local beauty queen taking center stage. Of course, there is still plenty of drinking and merrymaking to look forward to. 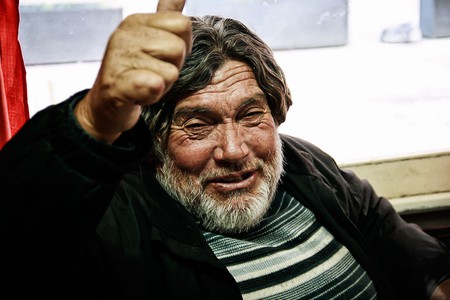 Party in Uruguay | © Marcelo Sabbatini/Flickr
Give us feedback