It’s hard to sum up the Amazon. This vast stretch of South America covers more than 5 million square kilometers, most of it covered in lush rainforest.

It contains almost 400 billion trees and produces 6% of the planet’s oxygen. 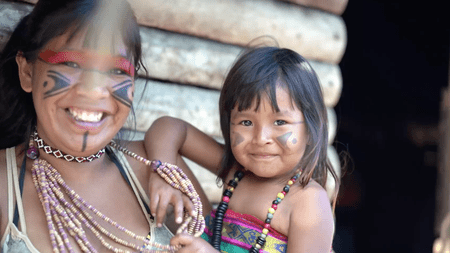 Everything from tiny leaf-cutter ants and poison dart frogs to jaguars, anacondas and huge river dolphins can be found here, in a region that spans nine countries and is the most biodiverse place on Earth.

The Amazon under threat

Human activity isn’t new to the Amazon. Around 5 million people lived here in 1500, before diseases brought by European explorers decimated the population. It remained relatively unexploited until the 1970s, when logging and cattle farming began to eat into the rainforest, helped by the construction of the Trans-Amazonian Highway.

An area the size of Spain was cleared between 1970 and 2000. The destruction of forest cover reached a peak in 2004 before declining, helped by protective legislation in several countries. But the threat to the Amazon has risen again, thanks to increased farming in the Brazilian Amazon and devastating wildfires in 2019.

The Amazon is a complicated system, and scientists are still working to understand its role in our world. Strange connections exist – like the fact that the rainforest’s fertility is ensured by millions of tons of phosphorus-rich dust that blow across the Atlantic from the Sahara every year.

The great fear is that the Amazon could hit a tipping point when 20-25% of its rainforest has been chopped down, after which it would cease to sustain itself and would become dry savannah. Around 18% of its tree cover has already been destroyed, leaving the world’s greatest rainforest in grave danger.

Responsible trips can help local businesses and national parks conserve the Amazon. There are some excellent ecolodges across South America, including in Brazil and Colombia. Peru, Bolivia and Brazil are among the places you can spot unique wildlife. Various charities (including the WWF and Greenpeace) have more information about conservation efforts.