From Colombia to Brazil, Latin American art is gradually asserting its own space on the global arts scene, supported and promoted, not only by artists, but also by art curators, collectors and museums. We take a look at ten of the most important collectors of contemporary Latin American art, their collections and achievements. 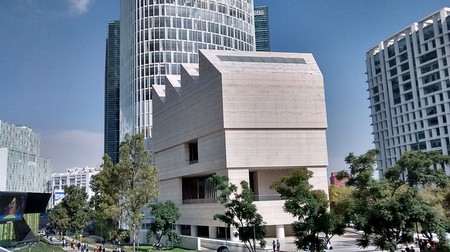 Eugenio López Alonso’s first foray into the art market was in the early 1990s, when he bought a painting by Mexican artist Roberto Cortázar. Since then, López Alonso has become one of the world’s most active art collectors, amassing over 2500 pieces of art that includes Mexican artists such as Gabriel Orozco, Damian Ortega and Gabriel Kuri. In 2013, he found a new home for his Colección Júmex, at the Museo Jumex, designed by David Chipperfield, in the center of Mexico City. Motivated by López Alonso’s desire to make his private collection accessible to the public, this move intended to acquaint Mexicans with a more global perspective on contemporary art.

In 2013, the Museum of Fine Arts, Houston, hosted a pioneering exhibition, curated by Mari Carmen Ramirez, called Intersecting Modernities: Latin American Art from The Brillembourg Capriles Collection. It bedazzled visitors with the sheer breadth of eminent artworks on display, providing a rare opportunity to see works like Wilfredo Lam’s ‘Woman with Bird’ (1955), Matta’s ‘Abstract Composition’ (1949), Fernando Botero‘s ‘El Nuncio’ (1962) and Diego Rivera’s ‘Still Life with Lemons’ (1916). Tanya Capriles de Brillembourg’s collection highlights how the Latin American artists living in Europe in the 20th century made tangible contributions to the cubist, constructionist and surrealist movements that emerged during this time. This comparative, cross-continental focus has helped the Venezuelan art collector offer an important reappraisal of the Latin American art landscape.

Originally from Cuba, Ella Fontanals-Cisneros is a distinguished advocate of contemporary Latin American art whose contributions to the art world include the launch, in 2002, of the non-profit Cisneros Fontanals Art Foundation (CIFO) in Miami. The foundation enables her to manage her collection as well as organize annual exhibitions at the CIFO Art Space For example, the recent Permission to Be Global/Prácticas Globales: Latin American Art from the Ella Fontanals-Cisneros Collection which presented the works of artists such as Lygia Clark, Ana Mendieta and Oscar Munoz. This collection also aimed to explore artistic practices in Latin America within the context of economic globalization. Initially coinciding with Art Basel in Miami Beach, the show then toured to the Museum of Fine Arts, Boston. A significant milestone for the museum, the exhibition was the first-ever show held there that was devoted wholly to contemporary Latin American art. 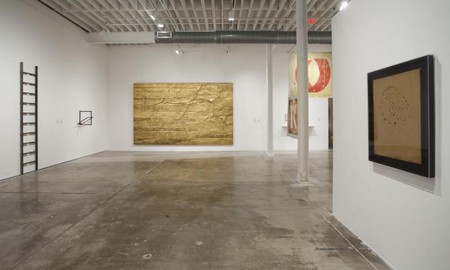 Installation view of Permission To Be Global at the CIFO Art Space, December 2013 | © Oriol Tarridas

The Colección Patricia Phelps de Cisneros (CPPC) works tirelessly to highlight the rich diversity of Latin American art, providing grants and additional support to help nurture artists, curators and scholars from the area. Patricia Phelps de Cisneros’ influence cannot be understated; she has been the Founding Member and Chair of MoMA’s Latin American and Caribbean Fund; the Founding Patron of the Fundación Museo Reina Sofia in Madrid; and a member of the Latin American Acquisitions Committee of Tate. Her much-acclaimed collection has been shown around the world. A recent pit-stop was the Royal Academy of Arts, which ran an exhibition titled Radical Geometry: Modern Art of South America, drawing solely from the Venezuelan’s own collection. The impressive originality of the artworks on display – dating back to the 1930s – offered a perspective on Latin American art that was not only comprehensive, but also refreshing. The exhibition featured Uruguayan Joaquín Torres- Garcia, Argentinean Tomás Maldonado and Venezuelan kinetic and op artist Carlos Cruz-Diez. 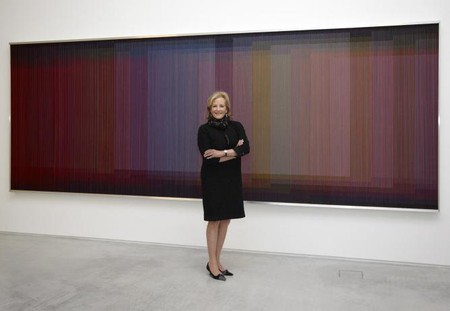 Argentinean Mauro Herlitzka is co-director of Pinta Art Fair; a show that attracts museums and collectors globally and brings exposure to the diverse range of art created in Latin America. But Herlitzka’s involvement in contemporary art extends much further. In addition to being a member of the MoMA’s Latin American and Caribbean Acquisition Fund, he is also Chairman of the Fundación Espigas and its Document Center on the History of the Visual Arts, an organisation seeking to preserve and disseminate documents pertaining to the history of Argentinean art. The former President of arteBA fundacion, a much-celebrated arts fair based in Buenos Aires, Herlitzka is a crucial ambassador for the Latin American arts scene as someone who is, demonstrably, an astute observer of the global art market. 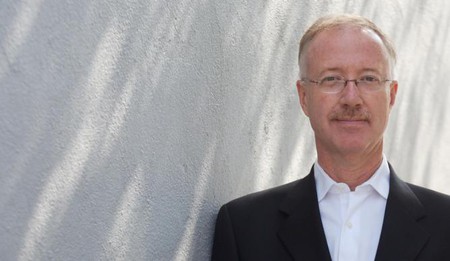 The Museum of Fine Arts, Houston, is the proud owner of Adolpho Leirner’s comprehensive collection of Brazilian constructive art. Born in São Paulo in 1935, Leirner first encountered the international constructionist movement when he studied in England during the early 1950s. He soon returned to his homeland, where he set about discovering and supporting Brazilian geometric abstraction. Although it has now been shown in several countries, Leirner’s collection made it’s Europe début in 2009 at the Haus Konstruktiv in Zurich. The main attractions of the Dimensions of Constructive Art in Brazil – The Adolpho Leirner Collection exhibition were Hélio Oiticica’s ‘Vermelho cortando o branco’ (1958), Waldemar Cordeiro’s ‘Visible Idea’, (1956) and Mauricio Nogueira Lima’s ‘Rhythmic Object no.2’ (1970).

Solita Mishaan’s passion for art was nurtured in Caracas by her parents, both of whom nurtured an avid interest in art-collecting. Since 1985, Mishaan has been absolutely relentless in supporting contemporary Latin American art and promoting it around the world. Her portfolio as an art patron is difficult to match. Having been involved in numerous prestigious galleries and art fairs, her considerable influence can be felt from Bogotá to Jerusalem, from London to Madrid. Significantly, Mishaan founded MISOL, a Bogotá-based foundation dedicated to promoting emerging artists in Colombia, as well as the rest of Latin America. She has helped to launch and assist the careers of artists such as Guillermo Kutica, Alfredo Jaar, Juan Araujo and Mateo López.

In the depths of rural Brazil, near Belo Horizonte, lies one of the most striking repositories of contemporary art in the world. Inhotim is a mammoth sculpture park which combines site-specific art with the natural landscape. The mastermind behind this creation is Bernardo Paz, an unconventional art collector who has been unequivocally lauded as a visionary. This idyllic garden, where untamed nature interacts with technologically driven, interactive art and cutting-edge sculptures and installations, provides a unique setting in which visitors can engage with the works of renowned artists such as Doris Salcedo, Yayoi Kusama, Thomas Hirschhorn, Tunga and Olafur Eliasson. Ultimately, Paz sees Inhotim as playing an important role in the community and cultural identity of Belo Horizonte. 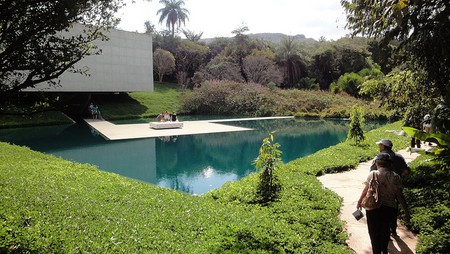 Juan Carlos Verme has been actively fostering the culture of art-collecting in his native country Peru. He is one of the trustees of the Tate Americas Foundation, a member of the Latin America Acquisitions Committee at MoMA and President of the Museo de Arte de Lima (MALI). Verme has taken it upon himself to become a vocal advocate of museums and galleries in Peru, viewing them as churches that need to be cherished and taken care of. By insisting on the renovation of MALI, which now boasts an exhaustive collection of Peruvian art, Verme has helped educate the world about exciting contemporary Peruvian artists at present such as Giancarlo Scaglia, José Carlos Martinat and Ishmael Randall Weeks.

At the age of 26, Juan Yarur became the youngest member of the Latin American Acquisitions Committee at Tate Modern, with his interest in Andy Warhol providing the initial gateway into art collecting. Together with fellow art curator Cecilia Brunson, he founded the non-profit Fundación AMA, which promotes young Chilean artists through residencies abroad every year. Recently, the Museo de Art Contemporáneo (MAC) in Santiago held an informative exhibition, drawing on his collection Juan Yarur Collection: A Personal Story, which featured local artists such as Magdalena Atria, Paz Errázuriz and Josefina Guilisasti. Yarur’s collection highlights the new generation of Chilean artists, whose creativity and work is far detached from the stranglehold of Pinochet’s dictatorship. 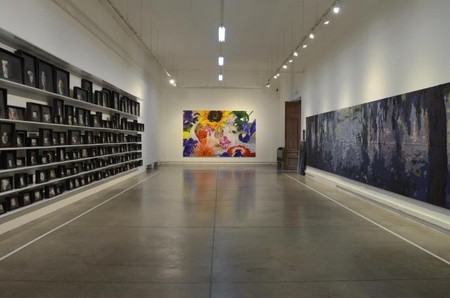 © Chi-Hua Salinas/Archivo MAC
Give us feedback