South America's 11 Highest Cities Will Take Your Breath Away 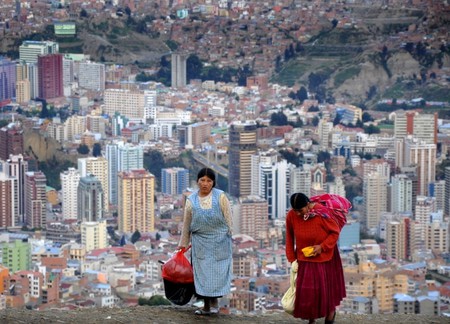 Home to some of the most impressive and geographically diverse landscapes on the planet, South America should be on any traveler’s bucket list. Some of the most dramatic sights on the continent are the communities perched high in the mountains. These settlements can take hours to reach, but often reward visitors with spectacular mountain views. With that in mind, here’s our guide to the 11 highest towns and cities in South America.

With an average height of 16,830 feet (5,130 meters) La Rinconada is the highest human settlement in the world and is at least 200 feet (61 meters) higher than the village of Tuiwa in Tibet, which is the second highest. The town has a total population of around 50,000 and average temperatures that are below freezing between June and August. 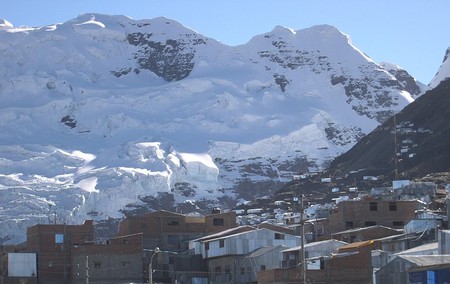 The Chilean village of Parinacota is situated at an elevation of 14,400 feet (4,400 meters). With a population of less than 50, Parinacota consists only of a tiny church and a small huddle of houses.

The Central Peruvian town of Cerro de Pasco is one of the world’s highest human settlements, and has a population of more than 50,000 inhabitants. Silver was discovered in the area in 1630, and since that date the city has been an active mining center. 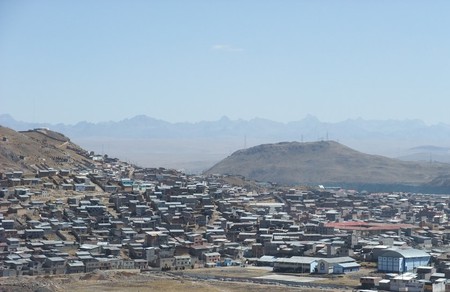 Situated at an average elevation of 13,615 feet (4,150 meters), El Alto is the second-largest city in Bolivia and the highest metropolis in the world. With a population of nearly 1 million, the city is situated alongside La Paz and has a majority Amerindian population.

The city of Potosí has a population of nearly 200,000 and an average elevation of 13,420 feet (4,090 meters). Founded as a mining center in 1545, the city is dominated by the Cerro Rico (“rich mountain”), which produced more than half of the world’s silver during the second half of the 16th century. 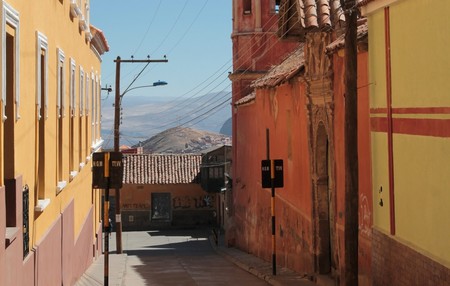 Nestling the shores of Lake Titicaca, the largest lake in South America, the extraordinary city of Puno is set at an average elevation of 12,556 feet (3,830 meters). While there are smaller bodies of water at a higher elevation, Lake Titicaca is often described as the highest navigable lake in the world, as it has a large enough surface area to allow navigation by ships.

With a population of around 225,000 inhabitants, Juliaca is one of the largest cities in southern Peru. Like Chicago, the city is nicknamed “the Windy City,” because of its elevated location on the windswept Collao Plateau. The White Christ statue is one of the Juliaca’s major attractions and offers spectacular views of the city. 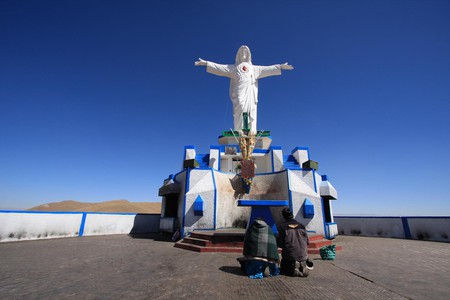 The Andean settlement of La Oroya dates back more than 12,000 years. The Spanish established a mining operation in the region in 1533 but its isolation from the rest of the country hindered progress, until a railway to the capital was completed 360 years later. Today, the town is one of the most polluted places on the planet, owing to the emission of toxic metals from its smelting operation.

Located around 12,169 feet (3,709 meters) above sea level, Oruro is Bolivia’s fifth largest city. Founded in 1606, the city went on to be developed as a major silver mining hub and is now a popular tourist destination. 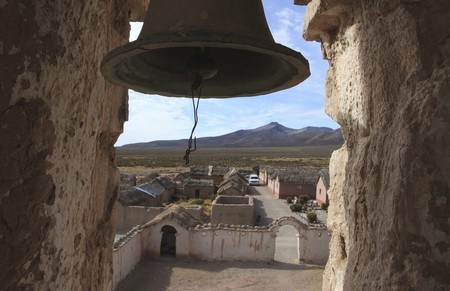 At an elevation of roughly 3,650 meters (11,975 feet) above sea level, La Paz is the highest capital city in the world. Founded in 1548, La Paz is the seat of the Bolivian government and produces around a quarter of the country’s gross domestic product.

Located at an elevation of 11,499 feet (3,505 meters), Apartaderos is the highest town in Venezuela. Lying at the intersection of three river valleys, Apartaderos is ringed by sweeping plains. The surrounding vegetation undergoes a daily freeze-and-thaw cycle, with summer temperatures in the day and cold temperatures at night. 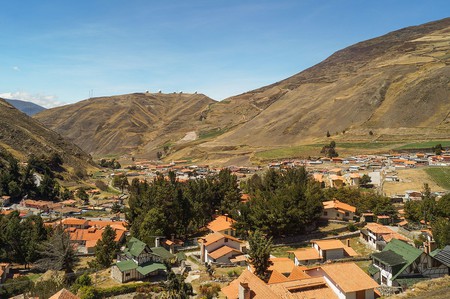 Find out which South American country to visit, based on your personality.