There are many world-class galleries and museums in South America. However, the continent is also famous for the prevalence of graffiti and street art – contemporary art occupying communal urban spaces. Therefore, in this list, we want to explore the idea of art space,the best among them supporting the artists and allowing them to be inspired by the environment around them. Read on for our pick of the best galleries, museums and spaces in South America.
lugar a dudas I © lugar a dudas cali/Flickr

This art space is not muddied by commercialisation. The name of the project in English is ‘room for doubts’ and thus the team describe lugar a dudas as being akin to a laboratory. For example, the artist-in-residence programs provide a platform for experimentations and the exchange of ideas. Also, the engaging array of events such as film screenings, exhibitions and workshops are all geared towards stimulating debate and hosting an open dialogue about the creative process within a societal context. This is definitely an impressive independent project – enriching Cali’s cultural profile.

Miguelete Jail in Montevideo had been left abandoned -derelict and empty. Then the government had a bright idea to transform this jail into a furnace of artistic creativity. So in July 2010, EAC came into existence – occupying two floors in a wing of the jail – and thereby becoming a unique space in Uruguay for the exploration of contemporary art. The gallery hosts exhibitions by national and international artists, workshops and organises events that take advantage of this atmospheric venue.

Botanical Garden, Museum
Belo Horizonte can lay claim to possessing one of the finest cultural landmarks in South America. Inhotim has an international reputation, with culture vultures flocking from all over the world to witness this astonishing creation in rural Brazil. It is a mesmerising spectacle as world-class artworks and visually-arresting experimental art installations are situated within what appears to be paradise. Indeed, people can see a record number of palm trees and plants in the botanical garden – thousand of different species on show – while simultaneously absorbing the very best in contemporary art – from Brazil and beyond – such as Brazilian artist Tunga, Yayoi Kusama and Olafur Eliasson.
Looks like it's closed Hours or services may be impacted due to Covid-19
More Info
Open In Google Maps
Minas Gerais, 35460-000, Brazil
+553135719700
View menu
Visit website
Visit Facebook page
Send an Email
Give us feedback

This is a very important institution in Asunción, as it endeavours to document and survey Paraguay’s artistic expression throughout the centuries. So the Department of Documentation and Research is at the core of the museum’s work in promoting different facets of Paraguayan culture. Significantly, it houses a fascinating permanent collection of rural, indigenous and urban artworks. For example, this encompasses religious art by Jesuits, indigenous art such as pottery, carvings, fabrics and baskets as well as contemporary visual art reacting to Stroessner’s dictatorship. This is all complemented with temporary exhibitions.

Oficina #1 is a very important entity in the Venezuelan art scene, for – as the name alludes to – it was the very first contemporary art space to be run solely by artists in the country. Since starting in 2005, the gallery continues to stand out in Venezuela owing to its refreshing impetus for promoting emerging talent such as Ivan Candeo – now a prominent artist in South America. Oficina #1 is located in the trendy Centro de Arte Los Galpones: a thriving cultural hub in Caracas committed to showcasing artistic expression in all of its forms.

MALI resides in the impressive 19th century building of Palacio de la Exposición. The historical landmark stands proudly: boasting an exhaustive collection of Peruvian art starting from the pre-Columbian era. MALI depicts the evolution in Peruvian art, aiming to illustrate the country’s dynamic cultural past and how it continues to influence contemporary art in Lima today. Also it very much acts as a cultural epicentre in the city, equipped with a library and auditorium to accommodate for cinema, theatre and conferences.

This bohemian refuge in Buenos Aires is quite a discovery. Traversing through a passageway – off Ave. Santa Fe – you will reach a courtyard and uncover a community of artists as well as producers. It feels like a hidden world whereby all different kinds of artistic practices happily co-exist in this three floor venue. There are hip bars, comic books and art print shops along with various art galleries such as Fiebre, La Maga and La Ene. There are also spaces for the studious types, such as Oficina De Arte Argentina, providing for the study and production of aesthetics and visual arts.

This space acts as a symbol of the cultural renaissance occurring in this port city. Formerly a prison, the Parque Cultural de Valparaiso housed dissidents of Pinochet during his horrific dictatorship yet now, it is a community site abuzz with cultural activity. For example, Teatro del Parque hosts live music, dances and plays. The centre also regularly organises art exhibitions throughout the year and a highlight this year is the international End of the World Biennial 4, (IV Bienal del Fin del Mundo), which started in January in Salsa de Artes Visuales. 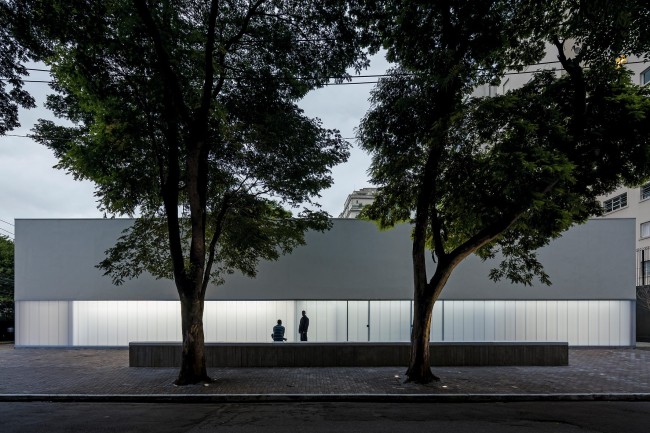 São Paulo has a thriving contemporary art scene with Casa Triângulo at its forefront since its opening in the late 1980s. Casa Triângulo’s legacy is significant, for it was one of the first Brazilian galleries to invest in international art fairs. Over the years, the gallery has participated at many prominent art shows including Art Basel Miami Beach, Frieze Art Fair in London and ARCO in Madrid. Casa Triângulo actively seeks to nurture local artists, encouraging them to be bold and experimental. The gallery’s roster of artists is particularly impressive: featuring São Paulo’s Albano Afonso, Sandra Cinto and Spanish artist Guillermo Mora.
Casa Triângulo, Rua Estados Unidos, 1324 São Paulo – 01427-001, Brasil