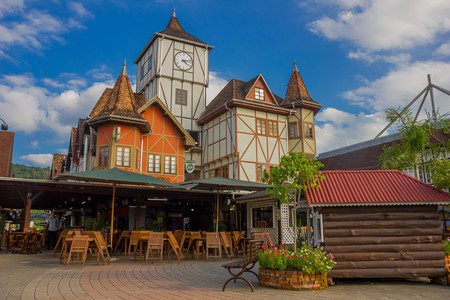 When most people think of Brazil, lederhosen and Oktoberfest are not exactly the first things that spring to mind. But what seems unlikely is often true – such is the case with southern Brazil and its German influences. The food, music, architecture, language and cultural traditions of Germany are evident throughout this region thanks to massive waves of immigration.

The first wave of immigration came in the mid 1800s, when failed revolutions in German states prompted millions to flee Europe. Of those leaving their homeland, a small number settled in southern Brazil, primarily in the state of Santa Catarina. A second wave of emigration began in 1878 and lasted for years. Many Germans emigrated to the United States, but some choose to settle in South America, and in southern Brazil. So how did such a relatively small number of immigrants create such a strong culture?

The Germans had been emigrating to Brazil as early as 1824, and though their numbers were behind the other immigrant populations of Portugal, Spain, Italy and Japan, their habits and cultures persisted. The Germans emigrated before many Italians, Spaniards and Japanese, so their roots were older. Additionally, the Germans had a high birth rate, with a German woman giving birth to eight children on average between 1826 and 1828. The next generation produced even more — up to 10 children, which grew their subculture population faster than any other immigrant culture. 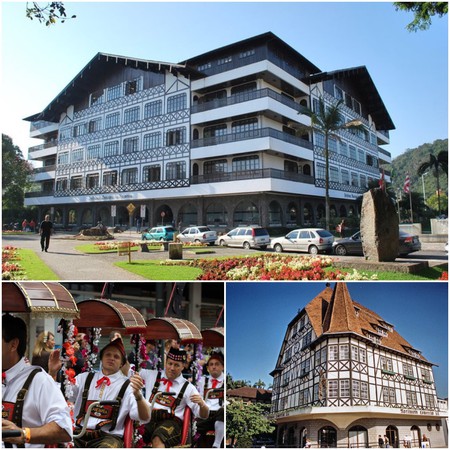 Despite the rich German heritage that exists now, the first years for German immigrants were not easy. Many emigrated from Germany with the promise of land to farm, but that land was overgrown and abandoned by the Brazilian government, and many succumbed to tropical disease. Others left the area in search of less hostile living conditions. But others persisted, building their own houses and communities, and eventually cultivating the land. The most important German colonies were settled around 1850 in Blumenau and Joinville, both in Santa Catarina. These settlements in turn attracted more Germans, particularly during WWII.

Today the German influence is evident, especially in Santa Catarina, with numerous breweries and restaurants all favoring old German traditions. Blumenau boasts a word-class Oktoberfest, and the classic German sausage is also common, and can be found in everything from pizza to omelets in local eateries. Despite the early difficulties of settling in South America, Germans survived and thrived to create a lasting home in Brazil.