An Interview With Ed Stafford, the Man Who Walked Across the Amazon 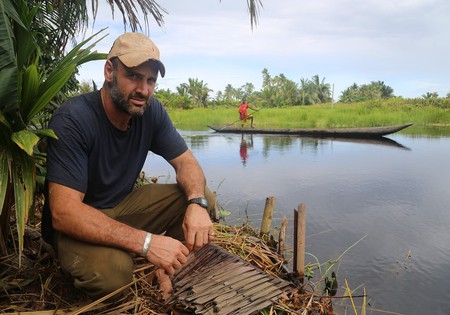 There’s nothing quite like a Guinness World Record to propel a person to international fame, especially when said record is something as mental as traversing the entire length of the Amazon River on foot. But that’s precisely what English adventurer and former army captain Ed Stafford did back in 2010, eventually reaching the Atlantic a gruelling 860 days after his epic expedition began amid snowcapped Andean peaks.

Unsurprisingly, such a monumental achievement didn’t go unnoticed. After a feature-length documentary entitled Walking the Amazon was aired on the UK’s Channel 5, Stafford went on to star in Naked and Marooned, as well as various other reality TV survival series. These days, he’s become something of a household name in his native England, perhaps even on a par with his urine-drinking rival and fellow former military man, Bear Grylls.

We caught up with Stafford to learn a little more about that death-defying two-year jaunt into the jungle. 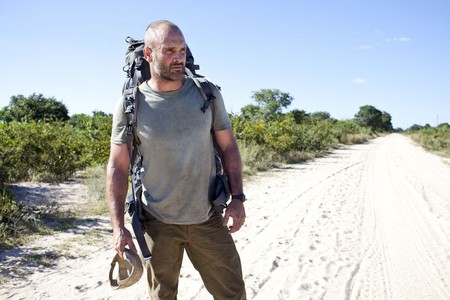 CT: What inspired you to undertake such a trek?

ES: A colleague of mine called Bruce Parry had recently tried to walk across West Papua and had an incredible adventure that he filmed and made into a documentary called Cannibals and Crampons. I loved their attitude and ability to just quit their jobs and go exploring. So I did the same.”

After his first companion dropped out some two months into the trek, Stafford recruited Gadiel “Cho” Sánchez Rivera, a Peruvian forestry worker, to accompany him for the next five days. He ended up walking with Stafford all the way until the end.

CT: How did you convince Cho to join you to the end?

ES: It wasn’t hard. He’d had a dream the night before about decision-making and he knew he had to take the difficult, but rewarding, path. So he smiled, and agreed to walk with me.

CT: Is Cho still living in England? Are you still both good mates?

ES: Haha, no. Cho and I are still mates, yes. But he lives in Pucallpa, Peru. He has a baby with an indigenous Shipebo woman now.

CT: How on earth did you survive?

ES: We survived due to luck, some skill, some ingenuity, and Cho would say because we were walking with God. I would say we seemed to be in tune with what the universe wanted to happen.

CT: What were the greatest difficulties you encountered during the adventure?

ES: People. From drugs traffickers to drunken village chiefs, it was always people that posed the biggest threat. I was held up at arrow-point and gunpoint several times. I was even arrested for suspected murder.

Note that he neglects to mention the botfly that burrowed into his head. Those humans must have been quite troublesome indeed! 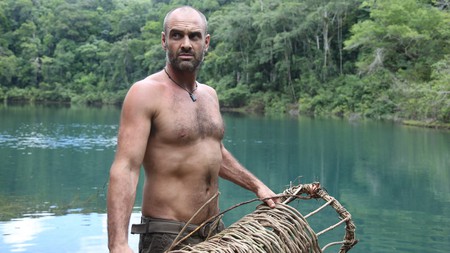 CT: What were the most memorable moments (aside from reaching the finish line)?

ES: Bizarrely, it was the feeling of competency in Cho’s and my little team. He would collect firewood and fish. I would light the fire and deploy the gill net. We had a system of walking through any type of forest that worked. We could make and break camp in minutes. We never had real trench foot because we had a good system in place. I remember that satisfaction of being jungle-competent above most things.

CT: What was the first thing you did upon reaching the Atlantic?

ES: Cry. Then laugh. It was overwhelmingly positive in a way that I wasn’t expecting. That night we flew to Rio and I thought we would party. But we stayed in our hotel and slept!

CT: Would you do it again?

Can’t really blame him, can we?

CT: What have you been up to since?

ES: This and that. I’m currently making my seventh survival series for Discovery Channel. I got married two years ago, and we now have a 10-month-old baby called Ranulph James Stafford.

CT: What are your plans for the future?

ES: More kids, more adventures, more fun. But also more relaxing and enjoying what we have achieved so far.

CT: What can our readers do to help fight deforestation?

ES: I don’t believe in fighting deforestation. Anything you resist persists. The war on drugs has created more drugs. Mother Teresa said she would never attend an anti-war rally. But invite her to a peace rally and she’d come.

I believe in working together to look for sustainable and practical ways of helping preserve the beautiful resource that is our rainforest. Education is the key; and ensuring that the next generation know about the value of these ecosystems is the only way they will survive.

Thanks, Ed, for taking time out your busy schedule to chat with us. Follow him on Twitter to see what he’s up to (supporting his adventurer wife become the first person to canoe down a river in Guyana, by the looks of it) or check out his incredible book to learn more about his epic Amazon expedition.