A Guide to South America’s Most Iconic Dances 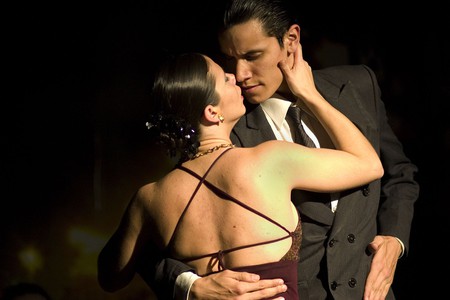 Music, dance and poetry form the backbone of South American culture. Often, traditional musical styles or dances can tell you so much about the history of the continent and its people, and South America is very aware of maintaining these traditions and making sure they remain a part of contemporary culture. A common feature of these dances is the fascinating mix of influences from all over the world, taking elements from indigenous culture, European settlers, and African slave populations, making them very unique to this particular continent. Here are some of the most iconic dances in South America and the countries they are most associated with.

When you think of Argentina, the first thing that comes to mind (after the steak and red wine, of course), is tango. Originating in the 19th century in the working class districts of port cities Buenos Aires and nearby Montevideo, this partner dance spread throughout the River Plate and is now synonymous with Argentine culture. 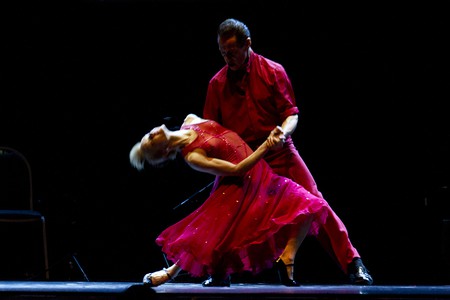 Taking its roots from the candombe dances practiced by African slaves in the River Plate and influenced by European styles like the habanera or contradanza, the tango represents this wonderful cross-continental mix that makes South American culture so rich and fascinating.

Typically, tango is danced with both partners holding one another very closely and is led by the male partner’s movements. The result is a passionate, almost sensual dance, which evokes feelings of lust but also melancholy and homesickness, typical of the working class immigrant communities who originally popularized the dance.

As a country which is home to a number of indigenous cultures with their own spiritual celebrations and traditions, Bolivia has an incredible array of folk dances to call its own. Arguably, the most popular of these folk rhythms is caporales, a relatively new invention, having only been created in the 1960s.

While certainly incorporating elements of indigenous Bolivian folk dance, the main influence for creating the caporales was the saya dance, which was practiced by African slaves in the Yungas region of the country during colonial times. In saya, the leader of the dance is called the Caporal, who represents the leader of the slaves and is always dressed in almost military-style attire with heavy boots and a large hat.

The figure of the Caporal was the main influence for the Estrada Pacheco brothers, who created and popularized caporales, resulting in a unique musical style which has clear African roots but incorporates typical Andean rhythms and instruments, such as the iconic pan flutes known as zampoñas. 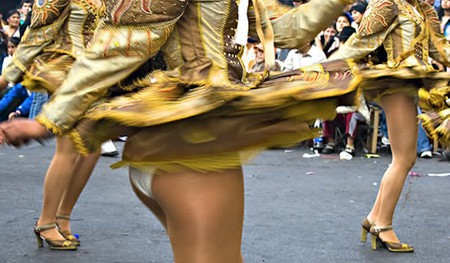 While the continental-sized country of Brazil has countless musical styles and dances which make up its incredibly rich national heritage, from forró in the northeast to sertanejo in the countryside, it is samba which reigns supreme in Brazil, providing the glorious sights and sounds of the country’s iconic carnival celebrations.

The dance originates from the spiritual Afro-Brazilian religions of candomblé and umbanda, where, after ceremonies, the congregation would gather in a circle and dance to a style of music known as samba de roda (“roda” being Portuguese for a wheel or circle). The rhythm is always based on the African batuque, which is characterized by an upbeat call-and-response using drums, small hand drums called pandeiros, and the Angolan musical bow called a berimbau.

Samba de roda was traditionally restricted to the northeast of Brazil, but as it began to spread it reached urban Rio de Janeiro and was adapted into the popular samba we know today, samba carioca. As carnival began to popularize throughout Brazil, the dance which became unmistakably associated with the celebrations was samba, and now in all major Brazilian cities there are massive samba competitions during carnival, with local samba schools vying for one of the most prestigious honors in the country. 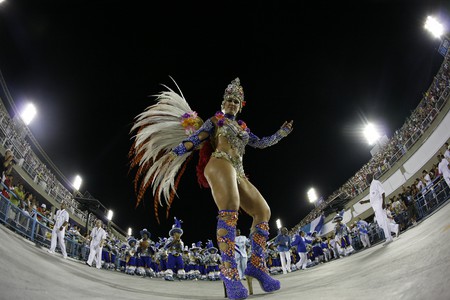 Chile’s national dance dates back to colonial times and is widely regarded as being a Chilean adaptation of the zamacueca, a dance from Peru, Chile’s neighbors to the north, which was a mixture of the criollo style with elements of the lively Spanish fandango.

The cueca is traditionally intended to represent the courting ritual between a rooster and a chicken, with the male partner attempting to seduce the female with his enthusiastic display and loud stomping. Partners begin the dance by linking arms and walking around the dancefloor, before facing each other and dancing, without contact, while waving white handkerchiefs. The rhythm is quite upbeat, often using handclaps or tambourines to maintain the tempo.

Cumbia, the most popular folk dance in Colombia along with vallenato and porro, is another wonderful example of how indigenous, African, and European traditions can come together and represent the rich, unique culture of South America through the medium of song and dance. The name “cumbia” comes from an African word, cumbé, meaning “to dance,” and incorporates rhythms and dances from Colombia’s African population along with traditional indigenous instruments and rituals, and lyrics from the Spanish colonizers. 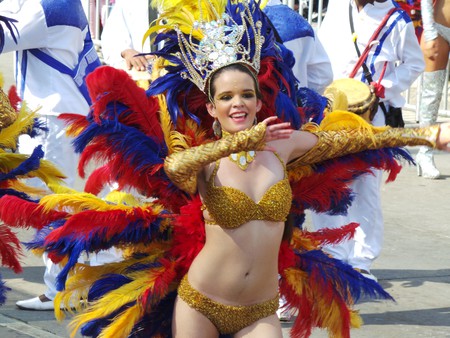 Original representations of cumbia saw slaves imitating their Spanish owners by the women dressing in long, colorful, layered dresses, while the men wear large hats and often carry red handkerchiefs. Like many South American dances, cumbia is traditionally a courting dance, with the male partner attempting to entice the female with his movements.

Cumbia steps are often short and sliding, to represent the chains worn by the slaves who created the dance, and while this has changed over time with the addition of new instruments and the popularization of the style, you can still see some of this early influence in contemporary cumbia.

While popular all over the “Gran Colombia” region (Colombia, Ecuador, Venezuela and Panama), pasillo is today regarded as the most iconic Ecuadorian folk dance. Originally an adaptation of a European waltz, pasillo is much slower than your average South American rhythm. Where it gains its uniqueness is in the way it has been adapted and reinterpreted across different towns and regions in Ecuador, with every part of the country having its own particular style.

Marinera, similar to Chile’s cueca, is an offshoot of the traditional Peruvian dance zamacueca, which mixed indigenous rhythms with the Spanish fandango. Just like the cueca, the marinera is a courtship dance where both partners will use white handkerchiefs as props.

One of the most striking characteristics of the marinera is in the costumes worn by both partners, but particularly the women. While the traditional dresses are intricate and ornate in themselves, the dancers also wear a number of handcrafted (usually gold) accessories and jewelry. 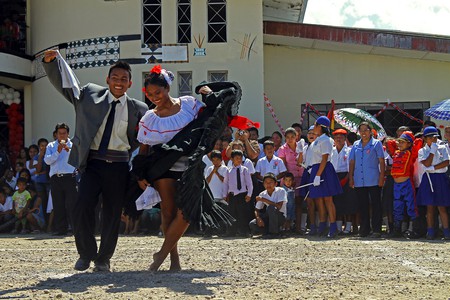 Literally “The Bottle Dance,” Paraguay’s most famous dance is a traditional individual display in which women balance (at least) one bottle on their heads while dancing. It requires incredible balance and strength, seeing as it is not uncommon for Danza de la Botella professionals to have four or five bottles on their head at any one time.

The origin of the dance is unclear, with suggestions that it came from the women who would bring bottles of water to farmers during colonial times. There is also a hypothesis that the Danza de la Botella is an adaptation of the galopa, another Paraguayan folk dance. In the galopa, the female dancers (known as galoperas) traditionally hold large jugs while they dance. As the story goes, one galopera had dropped her jug and smashed it, leading her to substitute it with a glass bottle.

While Uruguay has a very strong tango tradition, the most typical Uruguayan dance comes from the origins of tango: the candombe. Brought over by African slaves in the 18th century, candombe refers to a number of different dances and rhythms native to these communities, characterized by feelings of melancholy and homesickness.

The drums traditionally used by the slaves were known as tangó, which, when intertwined with the European habanera dance style, eventually became tango. 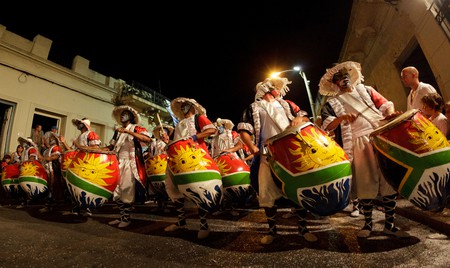 Like many other South American dances, joropo, the traditional folk dance of Venezuela, borrows heavily from Spanish rhythms which were popular during the times of colonization. Joropo’s roots are easily found in flamenco, with its enthusiastic movements, hand-clapping and feet-stomping.

The joropo is a celebration of Venezuelan farmers and life on the plains, and one of the most famous joropo songs, “Alma Llanera,” is widely regarded as the country’s second national anthem and is often sung at the end of parties and celebrations.