The Best Places for a Unique Night Out in Buenos Aires, Argentina

Tierra Santa, Buenos Aires | © Roberto Ettore/WikiCommons
The nightlife is pumping night after night in Argentina’s capital. In a city that’s slow to wake up, don’t expect to get anything accomplished in the mornings before 10AM. However, with summer temperatures frequently in the high 90s and low 100s, it’s the after-dark pulse that starts beating after 9PM that’ll give you a real feel for Buenos Aires. That’s when the countdown begins for seeing the best and unique sites after sunset.

Go to a Boca game

Ole! Ole, ole, ole! Many tourists find the best way to experience the buzz of Buenos Aires is to go to a ‘futbol’ game – known to Americans as ‘soccer’. Boca Juniors, the top futbol team in Argentina, is identified by the vibrant blue and yellow strip proudly replicated among its ardent fans. Soccer legend Diego Maradona twice played for the team and was their Vice President for a brief period in his retirement. For some, the energy of the crowd can be more exciting than the game itself. Nowhere is the energy more electric than when Boca Juniors play fierce rivals River Plate, but any trip to Boca Juniors’ Bombonera stadium is an adventure that won’t be forgotten. Be wary of pickpockets though, and hold on tight to your billfold.

As unpalatable as it may sound, eating offal is as much a part of an Argentine meal as eating steak. Famous for having among the best beef cuts in the world, their famed barbecues often make use of entire cows. Choriz and morcilla (black pudding) is consumed with chinchulines (pork, beef or lamb intestines that have been grilled or fried), briny rinon (liver) and the delicately-flavored molleja (gizzard – an organ found in the digestive tract). As they’re put on the plate, their appearance may cause a wobble in your stomach, but stick it out. You’ll be rewarded with a prime example of an Argentinian meal. Be sure to keep your camera handy in case you want to gross out your buddies when you get home.

Book a stay at a ‘love hotel’

If you start to feel frisky, why not book some time at one of Buenos Aires’ many ‘love hotels’. Not as ignoble as it might sound, some establishments offer five-star treatment, and rooms in these ‘telos’ are lent by the hour. You can have as much joy as you want during that 60 minutes — with your garments off of course. A telo is identified by a garish neon glow and the obligatory hedge outside the door to offer a semblance of anonymity. Enjoy a few hours with a loved one as you canoodle and frolick on waterbeds below mirrored ceilings. Those engaged in extramarital dalliances still make up a portion of the clientele, however these ‘love hotels’ have become a way for married couples to spice up their love lives or simply escape the kids for a while.

No, really. Honestly. At the surrealistic Tierra Santa, the world’s first — and maybe only — religious theme park, every hour on the hour, a 40-foot tall synthetic Jesus sprouts from the ground. After dark, spotlights cut through the river haze as Jesus rises slowly. You can either enjoy the canned Angelic chorus playing over the loudspeakers, or hold your ears shut and imagine a soundtrack of your own choice — perhaps the theme from 2001: A Space Odyssey would be more appropriate.

When you’re tired of eating guts, dodging pickpockets at the futbol, and watching a plastic Jesus rise up out of the ground and back down again, you can relax and dine in style. After dark, the super-chilled Scandinavian-styled Olsen restaurant is popular with tourists. Sumptuous and extravagant, why not get a sense of Buenos Aires’ gilded past with high tea at the Alvear Palace Hotel. Then, blow your budget at El Bistro, often called ‘Buenos Aires’ most impressive restaurant.’ Whatever your taste or budget, one of Buenos Aires’ many eateries is sure to offer something to suit you. 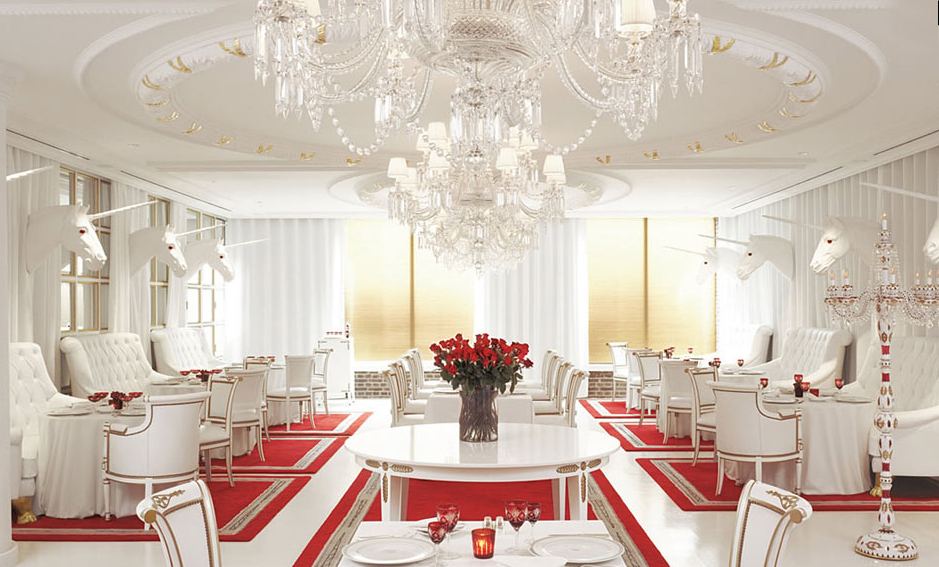