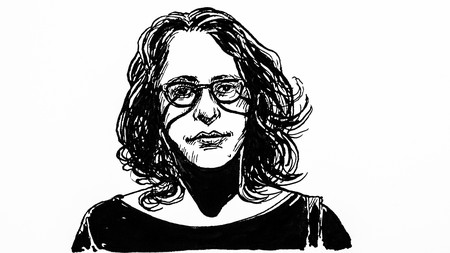 As part of our “20 Literary Translators Under 40” series, we interviewed polyglot Romance language translator Julia Sanches.

Recent translations: What are the Blind Men Dreaming?by Naomi Jaffe(Brazil) Now and at the Hour of Our Deathby Susana Moreira Marques(Portugal)

Read: An excerpt of Now and at the Hour of Our Death by Susana Moreira Marques

What are you currently translating?
A Delicate Crime by the Brazilian writer Sérgio Sant’Anna and a short piece of reportage by the Brazilian journalist Eliane Brum on Amazonian midwives, forthcoming in Words Without Borders.

What approach or procedures do you take when translating?
There’s of course been a lot of debate about whether translations should or should not be domesticated; I fall more on the side of yes, but only to an extent. I’d say most of us fall rights in the middle. In essence, I want the writing to read fluidly, and beautifully, if that’s what it calls for, but I don’t want the reader to forget that this is a text that was originally written in another language by a person from another country and likely as living in another country, no matter where the text is actually about. I remember the first time I read Jenny Erpenbeck’s The End of Days in Susan Bernofsky’s translation and thinking “Wow—this reads exquisitely in English, but I can still see the bones of the German beneath the skin.” That’s the ideal, I think.

What kinds of works or regions do you gravitate toward?
Like most people, I think, I tend to gravitate towards regions that are familiar to me and about which I feel a certain nostalgia (Latin America, where I’m from). Because of this, I also make a concerted effort to read outside my comfort zone. Recent books I’ve read/am reading include War and Turpentine by Stefan Hertmans, Memoirs of a Polar Bear by Yoko Tawada, and Guilty Thing, a biography of Thomas de Quincey by Frances Wilson.

Who or what are some untranslated writers or works that you would like to see in English? Why?
I’d like to see Eliane Brum’s writing appear in book form, or at least more widely in English; her reportage is very human, very brave, and increasingly necessary for the world we live in. Likewise, Sérgio Sant’Anna, a brilliant short story writer and master of form; his pieces are all delightfully complex on the sentence level and interesting intellectually (while never failing to be gripping, of course!). Sant’anna has been published widely in other countries, but not much in English. Then there’s Ana Martins Marques, a poet whose star is definitely on the rise in Brazil, whose writing, to me, elevates the quotidian and breathes new life into it and into the writing process itself, and her partner Marcílio França Castro, a wonderful short story writer, though of a different ilk than Sérgio Sant’Anna. The works of Jose J. Veiga and anything by Valter Hugo Mãe. I started reading Maria Sonia Cristoff‘s Falsa Calma recently, too, a book of narrative non-fiction about the ghost towns of Patagonia and was taken in by her prose and eye for detail. Key Island by Małgorzata Szejnert; I read an excerpt and now feel this intense craving for more, No-Tell Motel by Florencia Werchowsky (as above), and many many more, some of which can be found here.

What are some of the more interesting literary developments happening in the language or region you translate from?
I’ve been reading books by Brazilian authors recently who are tackling the effects of technology on our day-to-day, on our future, post-mortem selves, and on the way we relate to each other, which isn’t exactly knew, but I’ve found interesting. Brazilian publishers have also tended to be more experimental, design-wise, in ways that have marked effects on the narrative (see Veronica Stigger’s Opisanie Swiata)—or at least Cosac Naify, now defunct, used to do this, which I found to be so valuable.

What is a recent translation challenge you faced?
Challenges all the time! It’s part of the pleasure of translating. I love when dictionary definitions for words that don’t easily transfer are included in the source text (said somewhat sarcastically). I recently tackled one of these for a translation from Catalan where the source word had several definitions and the equivalent English word had one or two at most, neither of which overlapped the way I wanted them to. Because, to my mind, the text was loose enough, I kept the source definitions and provided a small gloss. But that’s not always the best way forward.