15 Things You Can Only Experience In Latin America 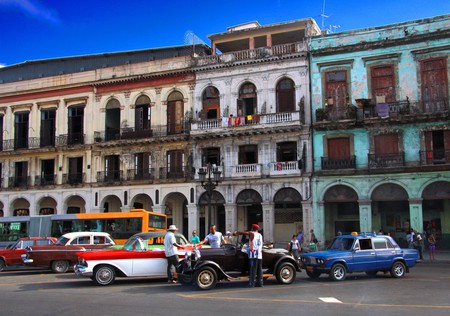 Twenty sovereign states make up Latin America, which runs from the US–Mexican border all the way down to the Tierra del Fuego in Argentina. The world’s tallest waterfall, Bolivian salt flats, a Colombian carnival and an Amazonian market are all included on our list of 15 things you can only experience in Latin America.

In the southwest of Peru lies an oasis in the desert. Huacachina is a natural lake surrounded by sand dunes which rise up hundreds of feet. A constant source of water in a desert is always a boon, but for travellers who are more action-orientated, the swell of the dunes provides the perfect setting for sandboarding and dune buggy riding. 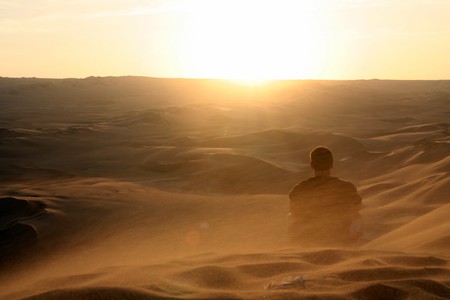 The Uyuni salt flats in Bolivia are an amateur photographer’s dream, as the vast distances of flat landscape allow anyone with a lense to start playing with perspective. At around 4,000 square miles and with an elevation of no more than one meter at any one point, the salt flats appear to push the horizon to its limits. At the right time of year, migrating pink flamingos add color to the already dazzling landscape. 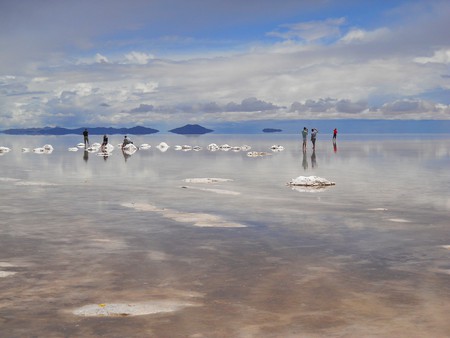 Angel Falls is the highest waterfall in the world, coming in at over 3000 feet. In the indigenous language of Pemon its name is ‘waterfall of the deepest place’, while the English version takes its name from the first person to fly over it: the American aviator Jimmie Angel. Nowadays, a flyover is by far the easiest option, but the trek through the Venezuelan jungle is well worth it for those who make the arduous journey. 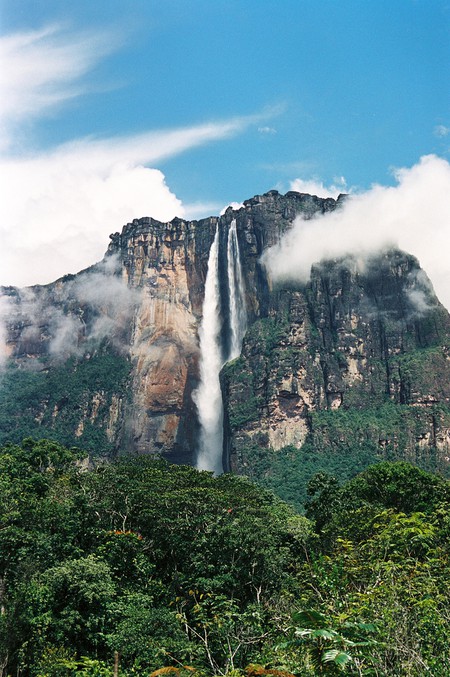 Iquitos lies deep in the Amazonian rainforest and is the largest city in the region. It is a melting pot of indigenous traditions and a perfect place to see centuries of Peruvian history and culture coming together. The Belén Market is the largest traditional market in the Peruvian Amazon, and a place where visitors can taste and see the food, textiles, and wares of the region. 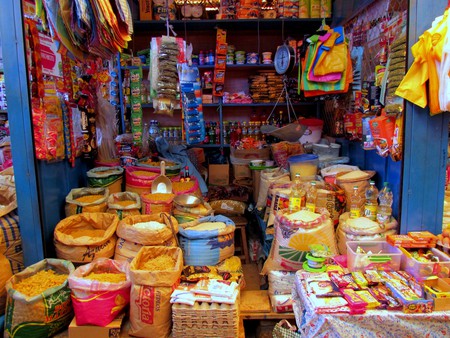 The Barranca del Cobre in northwest Mexico is larger than the Grand Canyon and arguably offers the most scenic train route in all of Latin America. El Chepe, as the train is colloquially called, runs for just over 400 hundred miles. While the distance can be covered in 16 hours, the pleasure is in the journey and numerous waypoints mean a trip can easily be stretched out for a week or more. 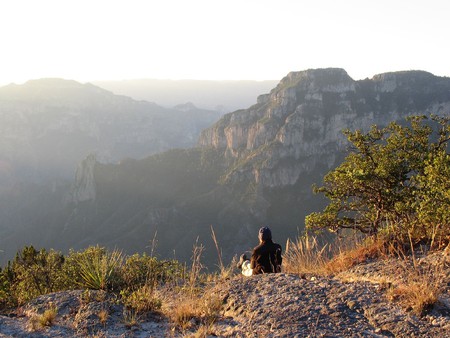 Stargazing in the Atacama Desert, Chile

The Atacama desert in Chile is home to some of the most advanced telescopes in the world. Its high-altitude and great distance from light-polluting cities make it one of the best places in the world to gaze up at the Milky Way. Professional astronomy aside, the desert is ideal for camping trips where a bottle of pisco, the local firewater, never goes amiss. 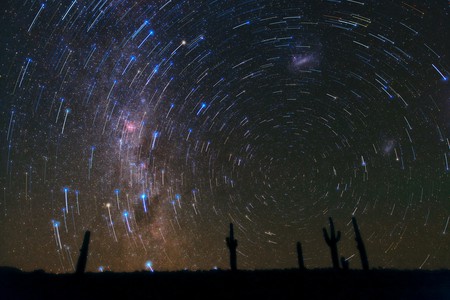 The Coridillera Huayhuash in Peru rises above 12,000 feet, offering spectacular views of the surrounding landscape for the intrepid hiker. The hike gives walkers a taste of the quieter side of Latin American living. Glacial lakes are one of the hike’s highlights, as are encounters with the local wildlife, such as llamas and the condors which glide effortlessly overhead. 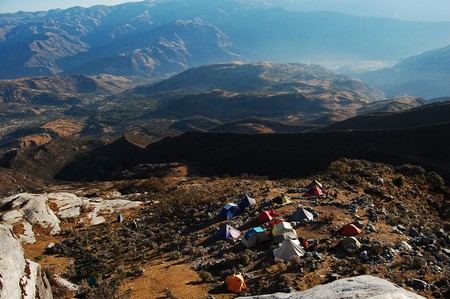 Mendoza, above everywhere else in Latin America, enjoys prestige for the wine produced on its vineyards. A journey into the Malbec producing region of Mendoza is perfect for anyone wishing to pair the world famous Argentine steaks with locally produced wines. A backdrop of the Andes mountain range can be enjoyed from the dining table, on foot, on horseback and even from the air with the help of local paragliders.

Bolivia has a long and complicated history with mining, having been a major source of silver for the Spanish Crown. To really understand the history of mining in the country, a visit to the Cerro Rico (Rich Hill) in Potosí is indispensable, where llama and mule were the mode of transport for the riches carted north and shipped from Panama. Potosí is also one of the world’s highest cities at over 13,000 thousand feet. 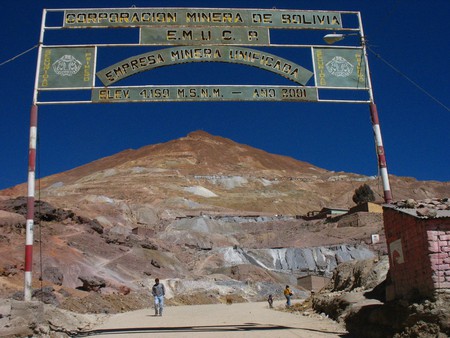 Walk the Buenos Aires of Borges

Buenos Aires is a beautiful city to walk around at any time of the year and the architecture and barrios are reason enough to start wandering. However, Buenos Aires was also the long-time home to the much beloved Argentine writer Jorge Luis Borges and the city is filled with places in which he worked, lived and wrote about. The Centro Cultural Borges is an excellent place to start a literary tour of Latin America’s largest port city. 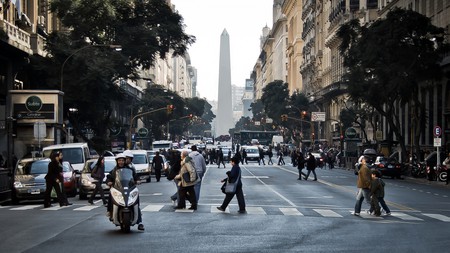 Uruguay is one of Latin America’s smallest countries, but it is rich in culture, politically progressive and welcomes visitors with genuine warmth. On the beach of the popular resort town of Punta del Este, lies the giant sculpture entitled ‘Hombre Emergiendo a la Vida’, or Man Emerging into Life. It was created by Chilean artist Mario Irarrázaba and is said to signify both birth and warn of the dangers of the sea. 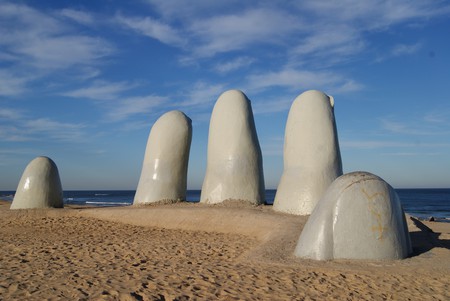 Every year before the start of Ash Wednesday, the city of Barranquilla in northern Colombia plays host to one of the largest carnivals in the world. Declared by UNESCO to be part of the Masterpieces of the Oral and Intangible Heritage of Humanity, the carnival celebrates music and dances with indigenous, African and European influences. The specialty of grilled ants, Hormigas Culonas, are readily available during the four day festival. 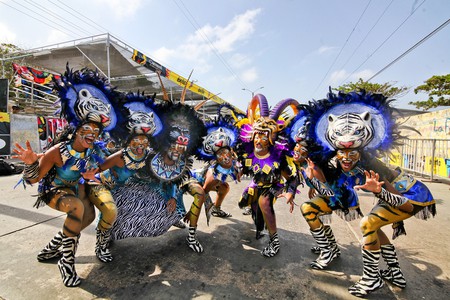 Peru is blessed with rich and diverse agricultural yields, which combined with a long history of international culinary influences, make it one of the best places in the word to sample fusion foods. With Incan, European and East Asian cuisines to draw on, restaurants in La Paz and Lima can rightly say they serve food like nowhere else on earth. 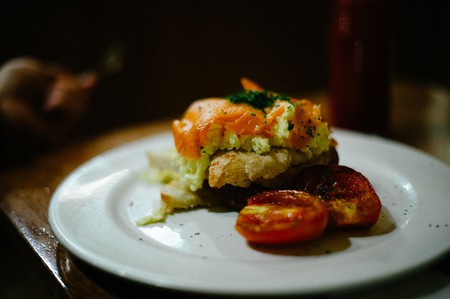 Chicha is a fermented drink popular across large swathes of Latin America, from Panama, El Salvador and Nicaragua, all the way down to southern Chile. Usually concocted from fermented maize, the drink is also made from boiled rice, apple, yuca, or plantain. Chicha is the Latin American beverage that, more than most, allows travelers to drink in a wholly traditional setting. 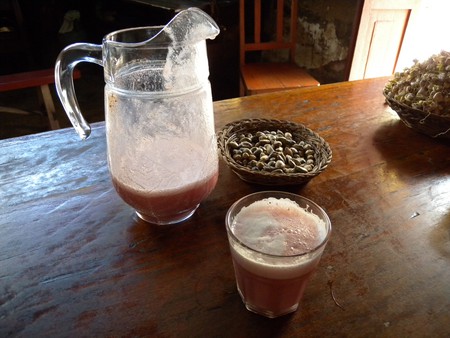 Havana is famous for its beautiful buildings, people and music, but the streets of Cuba’s capital are also home to cars that have a special grace of their own. Worn out and with better days behind them, these vintage cars from the 1950s have nevertheless been lovingly cared for. Studebakers, Chevrolets and Pontiacs can all be spotted cruising down Havana’s seaside Malecón.