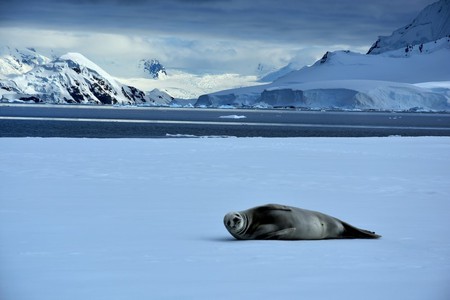 Our current world population is 7.6 billion people. With so many of us, it is hard to imagine that there are still places in the world that don’t bare our permanent footprint. As we continue to grow and expand our habitat, these types of places are likely to become more sparse. However, for those with adventurous souls and no aversion to arduous travel, the rewards are unimaginable.

Háifoss is the second tallest waterfall in Iceland. This stunning and ancient cascade is located in a narrow gorge that leads to the Icelandic Highlands. While the waterfall flows over and down two million year old cliffs, it actually wasn’t discovered until the twentieth century. If you have a 4×4 vehicle you can drive to the falls, or you can opt to take a spectacular 14km (8.7 mile) round trip hike. The expansive views, thunderous falls, and lush surroundings will make you feel like you have stepped back in time before we had any impact on this planet.

Not a soul in sight | © Stanod/Shutterstock

The Great Bear Rainforest spreads down the coast and onto the dots of islands in the western province of British Columbia in Canada. It is the largest temperate rainforest left in the world. The Great Bear Rainforest is home to grizzly bears, grey wolves, cougars, mountain goats, deer, sea otters, sea lions, humpback whales, and the rare Kermode or spirit bear. It is also bursting with millennia old trees and ancient glacier-fed fjords. This is a wild place where nature rules. 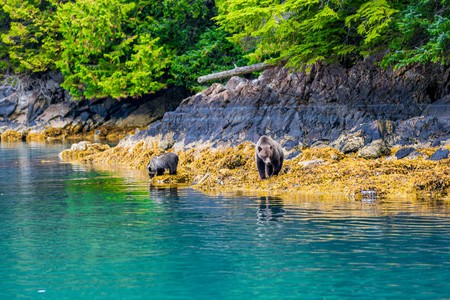 This is bear country | © Pharmshot/Shutterstock

The Wall of Tears is part of the towering volcanic crater of Mount Wai’ale’ale. This electric green scene is one of the wettest spots on the planet with an average rainfall of 1,148 centimeters (452 inches). The Wall of Tears is aptly named for its resemblance to streaming tears. There are 17 cascades here! This is a place that feels very Jurassic Park-like and that few people ever get the privilege to visit. The only way to access this gorgeous prehistoric landscape is by helicopter. Fortunately, helicopter tours are available! 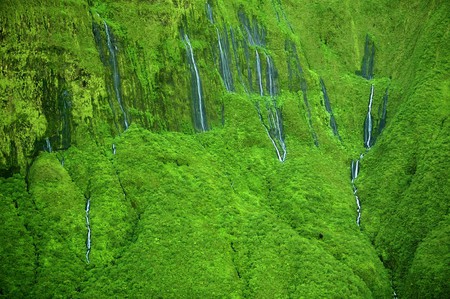 Isla del Coco is a remote island 550km (342 miles) off the Pacific coast of Costa Rica. Sometimes called Treasure Island, this tropical paradise is a UNESCO World Heritage Site and is uninhabited, with the exception of temporary researchers and park rangers. The island is difficult and very expensive to access, which has helped keep it so wild. While the rainforest island is rich with plant and animal life, it is the underwater portion that has attracted the attention of ocean and diving enthusiasts. Isla del Coco is a shark hotspot, as well as home to a diverse population of tropical fish and marine mammals. 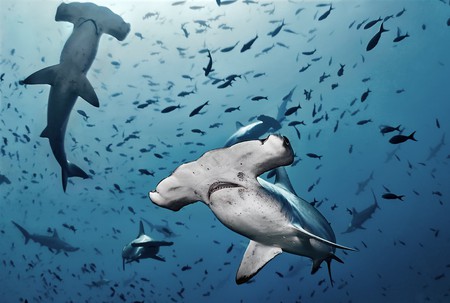 The Galápagos Islands lie 1,000km (621 miles) from Ecuador in the Pacific Ocean. Isla del Coco is actually the closest landmass to this volcanic archipelago. The Galápagos Islands are also a UNESCO World Heritage Site and were the inspiration for Charles Darwin’s famous book, The Origin of Species. The archipelago is made up of nineteen volcanic islands that are each totally unique from one another. The majority of the islands are uninhabited and require special permits to visit. 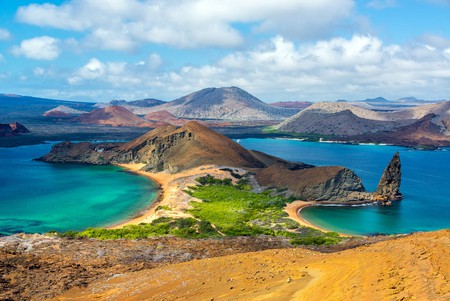 A place that is constantly evolving | © Jess Kraft/Shutterstock

Canaima National Park is an untamed and remote UNESCO World Heritage Site in southeastern Venezuela. What’s iconic about this particular park is its collection of tepuis, or towering flat-topped mountains. The most famous of them all also holds the world’s tallest unbroken waterfall, Angel Falls. More than half of the park is covered in these unique table mountains. 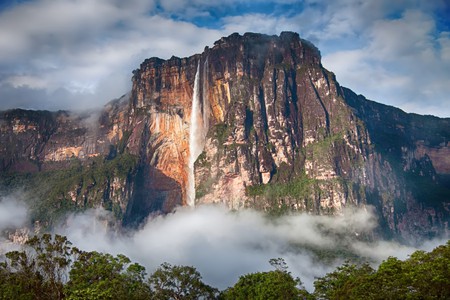 A fall from heaven | © Alice Nerr/Shutterstock

While Patagonia has become a popular destination for adventure and nature loving travelers, it is still one of the wildest places on the planet. It is a place where you can tangibly feel Mother Earth’s raw energy. Patagonia is home to glacier fields, alpine meadows, temperate rainforests, opaque blue lakes, world-class hiking and mountain climbing, wild horses and guanacos, and endless possibilities for adventure and full nature immersion. 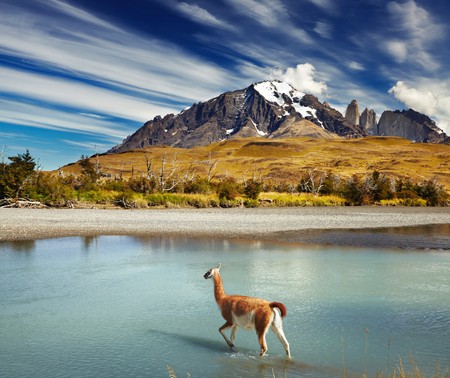 South Georgia Island is a chunk of the Andes Mountains that broke off South America around 50 million years ago and now lies 2,092km (1,300 miles) south of Terra del Fuego between Chile and Antarctica. This 100-mile long island is one of the most rugged and remote places in the world and is in the middle of some of the most turbulent and unpredictable seas. The island is home to over a hundred glaciers, 2,743m (9,000 ft) peaks, and a thriving population of seals, penguins, and sea birds. More people have visited Antarctica than have visited this legendary island. 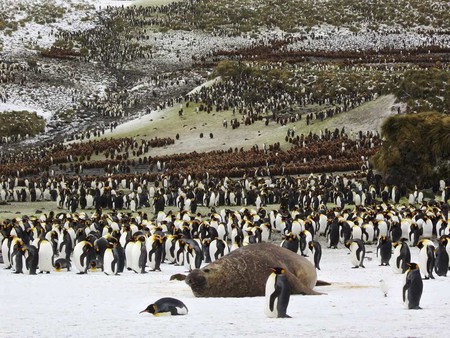 Fiordland National Park is a truly magical and awe-inspiring treasure in New Zealand. There are magnificent waterfalls, untouched rainforests, glistening lakes, deep valleys, ancient granite peaks, famous walking trails, and exceptional kayaking. While this is a popular national park, the 1.2 million hectares of protected land grants visitors the opportunity to feel like they are the only ones in this special slice of paradise. 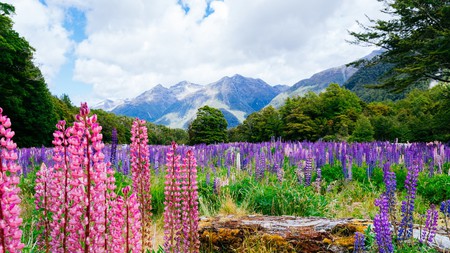 Tarkine Rainforst is often called “the forgotten wilderness.” This rarely visited rainforest in the northwest region of Tasmania is home to secret waterfalls, antediluvian caves, exquisite birds, ancient ferns, and the nearly extinct Tasmanian devil, the world’s largest marsupial. A guided or self-guided hike through this rainforest will make you feel like you are some great explorer visiting a place that no one has ever visited before. 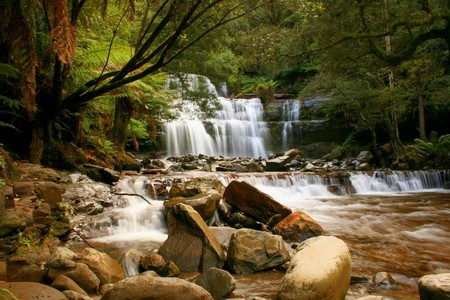 Hidden in the depths of a secret rainforest | © kuedhdi/Shutterstock

The Tsingy de Bemaraha National Park is a very strange place where jagged pillars consume much of the landscape. Tsingy translates to “where one can only walk on tiptoe,” and it is easy to understand how befitting this name is. Part of this western region of Madagascar is protected as a national park while the other part is recognized as a nature reserve. Ring-tailed lemurs are the ones who walk on tiptoe through this sharp labyrinth of limestone. There are quite a few species of plants and animals that are completely endemic to this bizarre part of Madagascar. 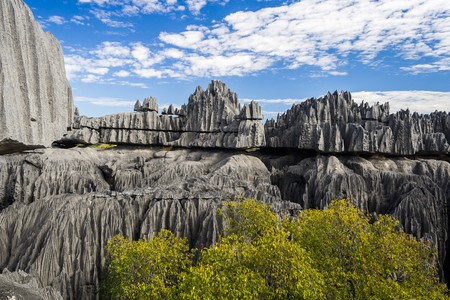 The Namibian bushmen refer to this coastline as the land God made in anger. Whale bones and ship wrecks sporadically litter the beach; a grim reminder of whaling days gone terribly wrong. The sea is cold and fierce with strong cold currents and sand dunes as far as the eye can see divide this long stretch of beach from the outside world. It is this harshness and remoteness that in beautiful consequence has made the Skeleton Coast one of the most pristine and relatively untouched seafront places in the world. Only 800 visitors a year are granted access to this desolate dreamscape. 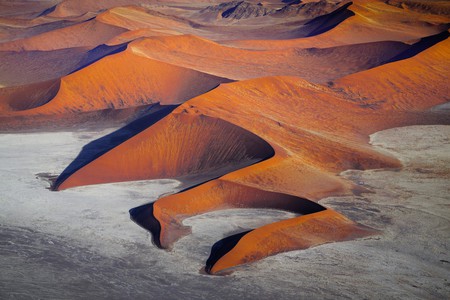 Chelbacheb, or more easily called The Rock Islands of Palau, are made up of 445 uninhabited limestone islands that were formed by volcanic activity eons ago. The Rock Islands are home to crystal clear lagoons and lively coral reefs. There are 385 species of coral found here, as well as at least thirteen species of sharks, dugongs, and a diverse population of fish, some of which are endemic to this specific area. The islands are remotely located in the western Pacific Ocean and are quiet difficult to reach, but are definitely worth the journey. 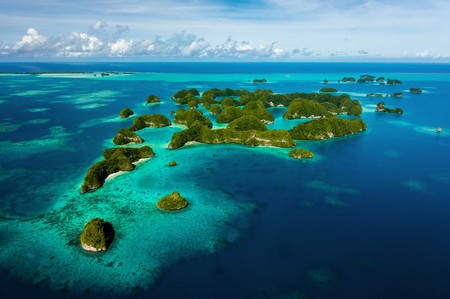 In the middle of the island of Bohol are the chocolate hills. These unusual hills expand as far as you can see. It is estimated that there around around 1,270 chocolate hills. They get their name from their appearance during the dry season. No one is quite sure how these mysterious mounds were formed though and there is a mix of local legend and scientific theory floating around. 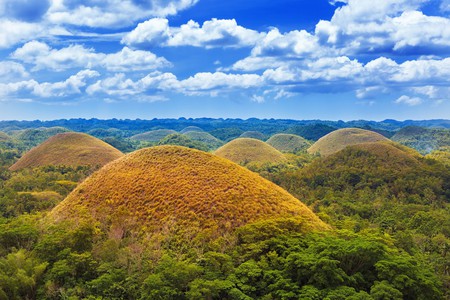 Not a human in sight | © RastoS/Shutterstock

Socotra Island is actually a small archipelago of four islands that are quite alien-like in appearance. These islands have been geologically secluded from mainland Africa for nearly 7 million years. It is this separation that has allowed life here to evolve in some pretty otherworldly ways. There are 700 rare species of plants and animals; around 1/3 of them are endemic to these islands. The dragon tree is one of the most iconic tree species of this unique island chain. If you want to feel like you are on a totally different planet, this is where you need to go. 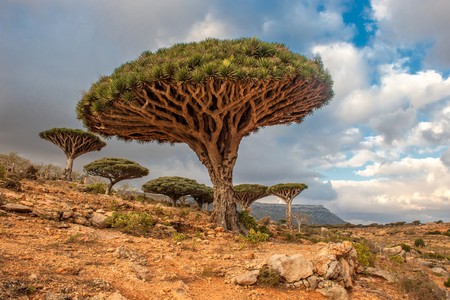