12 Eco-Friendly Travel Destinations Around the World 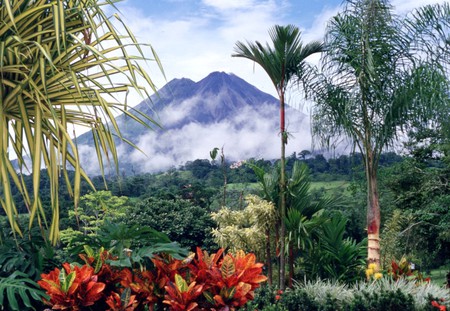 With the threat of global warming becoming an ever-greater reality, many sun and adventure seekers are looking to holiday in eco-friendly travel destinations around the globe. If you ignore the carbon footprint taken to get there, these are the top eco-friendly travel destinations around the world to get away from it all without wreaking havoc on the environment.

A traveller favourite, albeit predominantly amongst luxury holidaymakers rather than budget backpackers, Mauritius is a tiny tropical island in the Indian Ocean that has a particularly good reputation for bird conservation and excellent nature reserves. Furthermore, while there is a good deal of chain resorts, there is also an ever-growing market for eco-friendly, boutique options too, meaning accommodation in Mauritius needn’t be over-commercialised. Take, for example, Mon Choix, the supposed first eco-retreat on the island, which employs both sustainable practices and local staff. 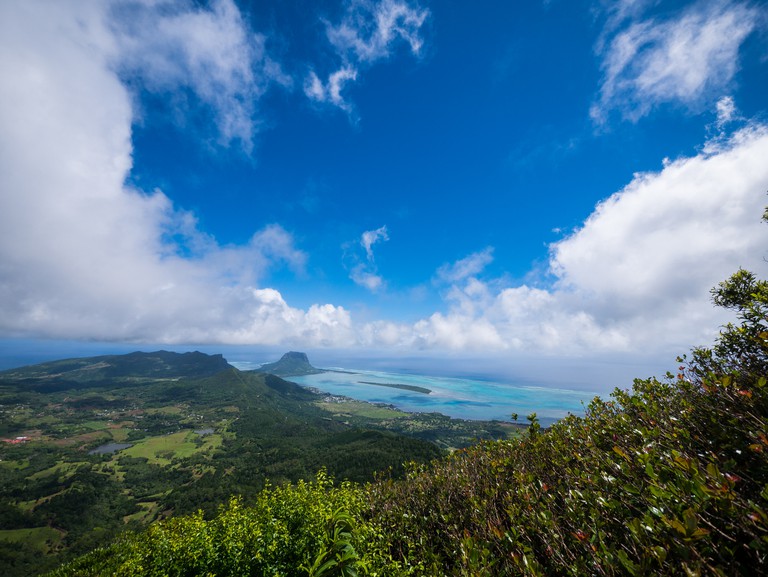 Also known as Cape Verde, Cabo Verde is a relatively underrated destination just off the coast of Senegal in West Africa. This isolated paradise, made up of 10 islands, is perfect for adventure-seeking tourists who want to try out an eco-friendly destination that is also stunningly beautiful; Cabo Verde has everything from mountains to virgin beaches and volcanoes. If you visit, you must try your hand at several eco-friendly activities, such as helping on a turtle conservation programme or snorkelling. The great news? More and more airlines are offering flights there! 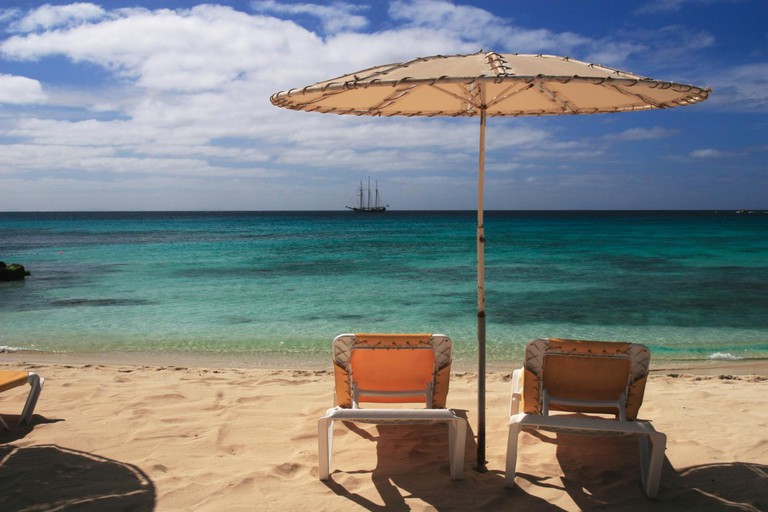 The Americas & The Caribbean

The sole Caribbean entry, Dominica, aka Dominique, is not to be confused with the nearby Dominican Republic – Dominica is actually a former French colony (it gained independence in 1978), whose official first language is English. This young country is known for being one of the most beautiful in the Caribbean, with continuing geothermal-volcanic activity and natural hot springs. Within its tropical rainforests, you can find a ton of biodiversity, and the best thing is that hydro, solar and geothermal energy practically run the entire island. 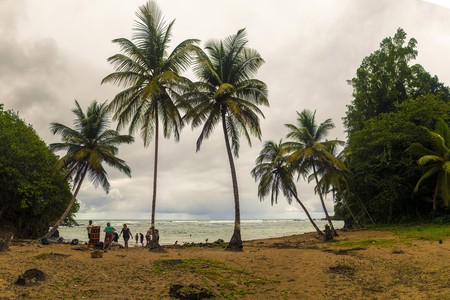 Uruguay might not even cross your mind when thinking of potential holiday destinations, but this super eco-friendly country in South America should be taken into consideration if you want to visit somewhere environmentally conscious. Almost 95% of its energy comes from renewable sources, and its policies regarding sustainability and alternative energies are impressive but rarely given the attention they deserve. Aside from eco-friendly credentials, Uruguay is a lesser-traversed Latin American destination with European influence and an eclectic, lively culture, making it an ideal place for a holiday. 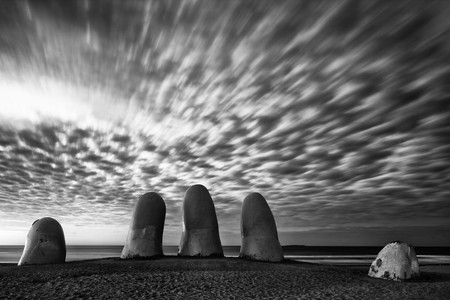 Colombia is a country on the rise, with more and more backpackers flocking to its culturally impressive, vibrant cities and beautiful Caribbean beaches. Biodiverse, lush and varied, Colombia has worked hard to promote eco-friendly living, especially in the agricultural sector, yet very few people base their visit solely on the country’s impressive green credentials. Aside from agricultural policies and public-conscious raising, Colombia is also earning a name for itself on the international fashion scene of late for producing lots of eco-friendly apparel and even hosting green fashion shows. 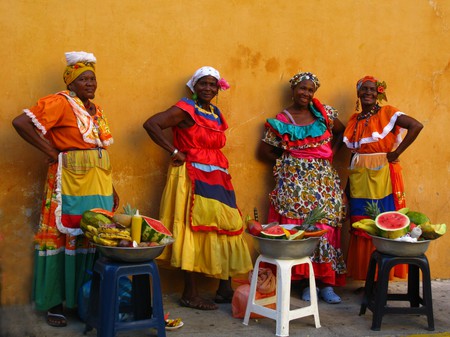 Often overlooked for neighbouring Mexico, Belize is even overshadowed by the abundance of Mayan ruins on offer in Guatemala too. However, this is one Central American destination that you shouldn’t skip if you’re concerned with eco-friendly travel, given that there are many policies in place to protect the natural flora and fauna of what is the only first-language English-speaking country in Latin America. In fact, some 40% of the land in Belize is protected, and eco-tourism is understandably big business, as are eco-friendly dining and accommodation options. 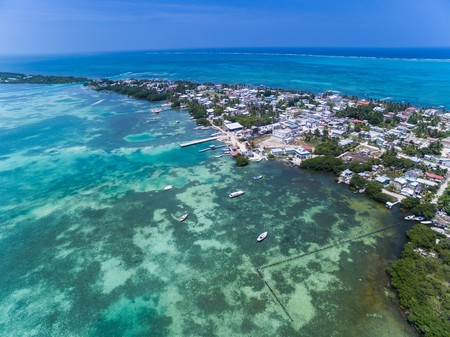 Perhaps the most ‘obvious’ eco-friendly destination in Central America, Costa Rica has long been one of the best places to visit for wildlife lovers, as it holds approximately five percent of the world’s biodiversity. As with Belize, much of the land is protected (some 25% in Costa Rica), but there are also numerous rainforest protection schemes, taxes for gas and vehicles go towards conservation efforts and landowners are even compensated for protecting and planting trees. What’s more is that it ranks incredibly well for air pollution and climate change.

The final entry from the Americas is Chile, the world’s skinniest country and also one of the most eco-friendly. In recent years, the government has invested much funding into the development of green programmes and initiatives, such as those which protect the 35 million acres of conservation lands as well as those which favour the use of alternative energies, in particular, solar energy in the Atacama Desert region. In bigger cities, they’re combatting littering and promoting recycling, especially in uber cool Santiago. 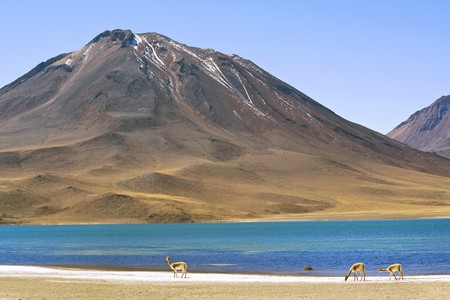 Hailed as Asia’s most eco-friendly destination, Singapore is easily up there in the rankings of environmentally conscious places you need to visit; this is widely considered to be down to the former Prime Minister Lee Kuan Yew’s dedication to green initiatives, many of which are tourist oriented. Take, for example, the slew of eco-friendly hotels that are coming to the forefront of Singapore’s accommodation scene, as well as Gardens by the Bay and several business buildings covered in vertical gardens and designed with sustainability in mind. 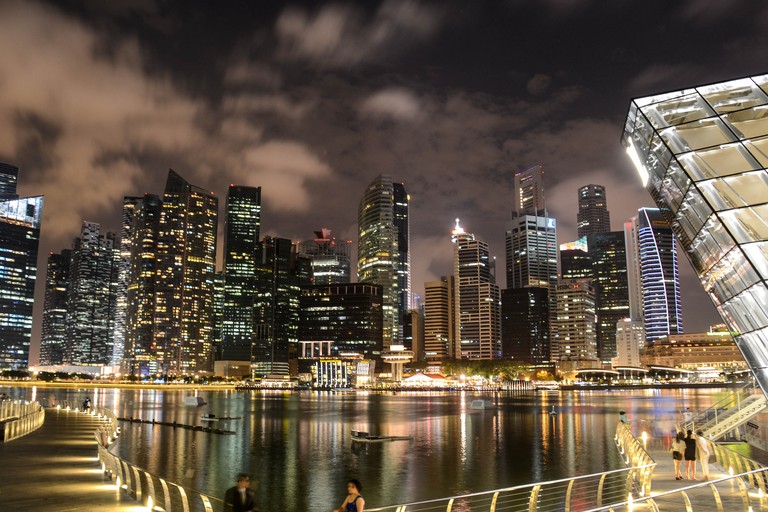 Wildly underrated and under-visited, Latvia is arguably one of Europe’s eco-friendly gems. With a population of around two million, roughly half of whom live in the capital Riga, it is one of the very few places that is actually reducing their greenhouse gas emissions due to the CO2 sequestration schemes which convert carbon dioxide into biomass. Alongside this very technical sounding scheme, Riga is dedicated to staying litter free and is often considered Europe’s cleanest capital, while the country as a whole favours renewable energy sources. 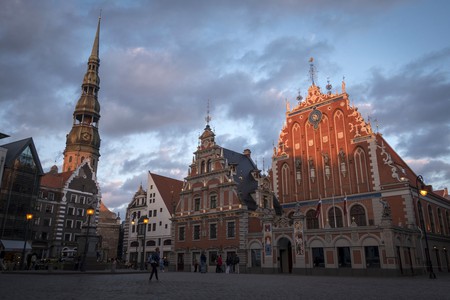 Finland (or any Scandinavian country!)

It seems like cheating to lump in Finland, Iceland, Sweden and Denmark under one entry, but their combined (and separate) credentials are so impressive that we couldn’t mention one and not the rest. They took the top four spots on 2016’s EPI rankings and are pretty much all top scorers for environmental policies, water and air pollution and use of renewable energies. Iceland powers and heats all its homes with hydroelectric power, and Reykjavik has battery-powered buses, while Sweden heavily regulates fossil fuel usage and relies mainly on biofuels. 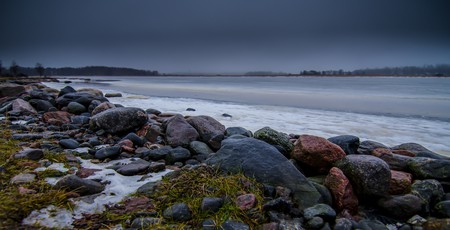 Finally, if you’re searching for somewhere in the North Pacific with eco-friendly credentials, look no further than Palau, which has recently been adapting and enhancing its naturally green concerns. With numerous animal protection policies that aim to promote and protect the island’s biodiversity, as well as the vast and impressive coral reefs, Palau has been an example for many nearby countries, such as Guam. If you do visit, take part in one of the several eco-tourism projects available on this tropical island paradise. 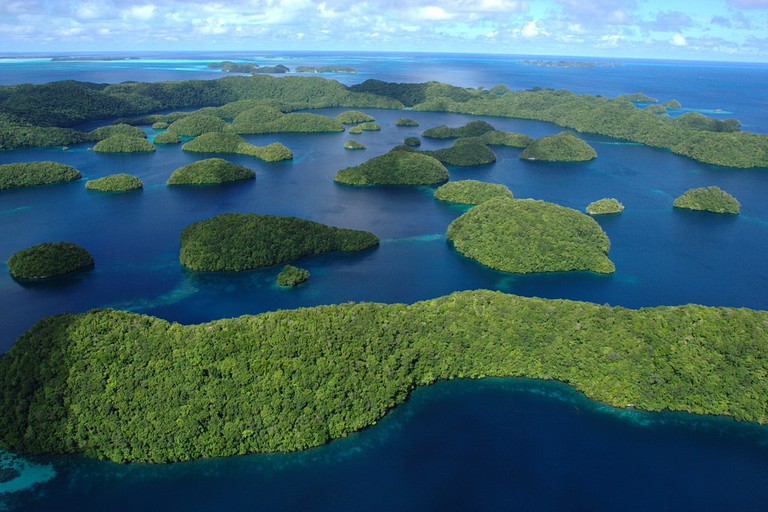