11 Pop Songs in Indigenous Languages You Need to Listen To 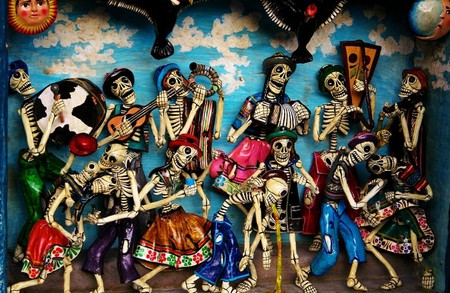 Although industry norms dictate that singing in a European language is the only way to make it in music, there are numerous artists and groups across the globe who are willing to buck the trend. Here’s a rundown of 11 great songs in indigenous languages which you should definitely add to your playlist.

Balam Ajpu are a hip-hop and reggae group from Guatemala City who perform in a mixture of Tz’utujil and Spanish. The group’s debut album Tributo a los 20 Nawales contains 20 impressive and deeply original songs. As well as earning the group critical acclaim, the album drew attention to the ever-growing scene of Mayan rappers.

Mexico has produced a broad range of artists who perform in the country’s many indigenous languages. One of the most popular songs performed in an indigenous language in recent years was “J-ilol,” a catchy rock song by the band Vayijel. The song is sung in Tzotzil, reflecting the band’s roots in the southern Mexican state of Chiapas, which has a very high proportion of indigenous language speakers.

The iconic Mexican song concerns the crying ghost of a woman who has lost her children and now searches for them endlessly by the river. While there are countless versions of “La Llorona” in Spanish, the singer Nayeli Cortes is one of a handful of performers to bring the song to life in the indigenous language Nahuatl.

The three-piece rap crew Juchirap released “Ladxidua Ripapa” in 2015. The song combines Spanish and Zapotec lyrics with a lively hip-hop beat. The group hails from the town of Juchitán de Zaragoza on Mexico’s Isthmus of Tehuantepec, a region famed for its matriarchal culture and colorful traditional dress.

Formed by Colombian brothers Brayan and Dario Tascón, the rap group Linaje Originarios peform in Emberá, a native language spoken by 83,000 people in Colombia and Panama. The group aims to teach outsiders about their culture and preserve their native language.

Renata Flores Rivera – The Way You Make Me Feel

Peruvian singer Renata Flores Rivera became a viral sensation when she performed a version of Michael Jackson’s “The Way You Make Me Feel” in Quechua in 2014. Flores Rivera, who was 14 at the time, translated the lyrics with the help of her grandmother. The YouTube video of the song currently has more than 1.6 million views.

Brazil’s first indigenous rap group, Brô MCs perform in Portuguese and their native Guarani. Hailing from the Mato Grosso do Sul state in the country’s central-west region, the rap duo are also heavily involved in activism. “Koangagua” is the group’s biggest hit to date.

Australia’s most acclaimed indigenous musician is without doubt Geoffrey Gurrumul Yunupingu, who passed away earlier this year. Yunupingu performed music in his native Yolngu language and sold more than half a million albums across the world, an extraordinary achievement for a singer performing in an aboriginal language. “Wiyathul” remains one of his most hauntingly beautiful songs.

Australia’s Baker Boy became the first Aboriginal Australian artist to rap in an indigenous language when he released “Cloud 9” earlier this year. The catchy, innovative track contains lyrics in both English and his native Yolngu Matha. The video highlights the spectacular scenery of the Milingimbi Island the rapper calls his home.

This New Zealand pop song was a huge success last year, even bumping Justin Timberlake from the top spot on the iTunes chart. “Maimoatia” – which translates as “Cherish It” – is a gospel-type song that was performed by a collective of Maori singers. The lyrics are in Te reo Maori, an indigenous New Zealand language.