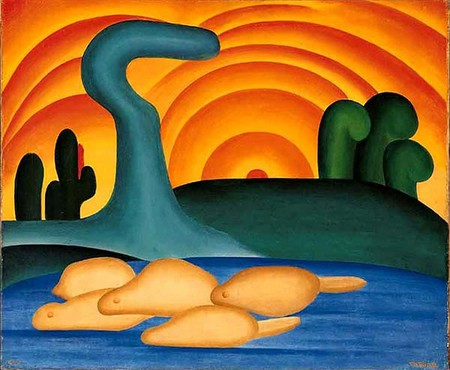 Female artists from Latin America have faced challenges entering the spotlight in the same way as their male counterparts. Thankfully, the Radical Women: Latin American Art 1960-1985 exhibition at the Brooklyn Museum in New York is one of several recent events highlighting the importance of these women’s work. Here are ten female Latin American artists that may have slipped under the radar yet are enormously influential in the art world.

You probably know this one. One of the few Latin American artists to be globally recognized, Frida Kahlo is known for painting emblematic and colorful paintings, including a series of self-portraits that are full of intimate meaning and reflections of her reality. Her works explore several themes including her Mexican heritage and femininity, leading to her becoming a symbol of feminism across the world. Among the most famous is the Self-portrait with Thorn Necklace and Hummingbird, which depicts Kahlo with a cat and a monkey on each shoulder and a hummingbird hanging from her neck, and the Two Fridas that show two self-portraits side-by-side. 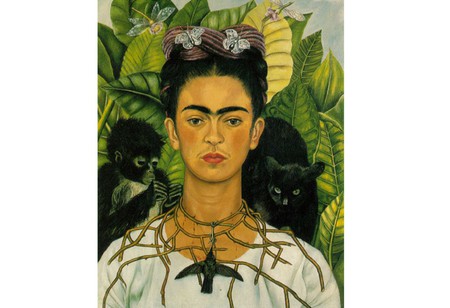 Peruvian-born Teresa Burga was influenced by the en-vogue pop art culture of the 1960s, which is reflected in her playful paintings and sculptures that touch upon themes of femininity using bright colors and bold block shapes. Burga was a member of the Arte Nuevo group that existed between 1966 and 1968, a band of artists credited for introducing radical art to Peru, including pop art and happenings. One of her most famous works is the Perfil de la mujer peruana (Profile of the Peruvian Woman).

Amaral is a 20th-century Brazilian artist that led the modernist movement in Brazil with her bright bold artwork that celebrates life in her country as well as the female body. In the 1920s, Amaral had lessons in Paris with Emile Renard, and she organized the Week of Modern Art in São Paulo in 1922, an event that became the start of the modernist movement in Brazil. Back in her home country, she drew from the tropical landscapes and colors of Brazil, merging their images with intense hues and exaggerated nude female bodies in her own twist of modernism and surrealism.

Born in Paris to a Venezuelan family, María Sol Escobar — otherwise known as Marisol — studied art formally in both Los Angeles and Paris, as well as spending time in New York where she was exposed to the emerging pop art scene. This influenced her work and elevated the popularity of her three-dimensional portraits that often touched upon the themes of femininity and the concept of prescribed social roles. She won several awards throughout her career, and among her most famous works are Self-Portrait Looking at the Last Supper and Women and Dog.

The career of Beatriz González began in Colombia in the 1960s when her work became influenced by two emerging forces — the growth of pop art and the conflict in her country at the time. Gonzalez is considered one of the key players in the development of Modern Colombian art, and her colorful work reflects the traumas of La Violencia, a period of war that raged through Colombia. One of her most famous pieces is The Sisga Suicides I, II and III, which is based on a religious Colombian couple who committed suicide together in order to rid the women of her sins. 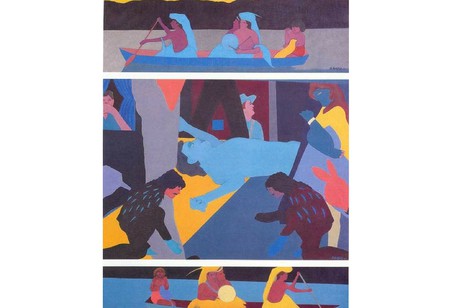 Paz Errázuriz expressed her creativity through documentary photography that captured marginalized social groups in Chile during the country’s dictatorship in the 1970s. In a series of candid black-and-white photos, her work puts the spotlight on the groups of society that live on the outskirts such as queer and trans prostitutes that work in brothels, people that work in the circus, and patients in psychiatric hospitals.

Born in Argentina, Marta Minujín is an artist that emerged from the era of pop art and is involved in several art movements such as conceptual art, psychedelic art, and the avant-garde. At the beginning of the 1960s, Minujín went to Paris after receiving a scholarship from the National Arts Foundation. She has created several installations, including The Parthenon of Books, which was erected in the German city of Kassel during the 2017 edition of documenta – made up of thousands of banned books (donated by the public) in the shape of the Parthenon in Athens, it was constructed as a symbol of free speech and democracy. 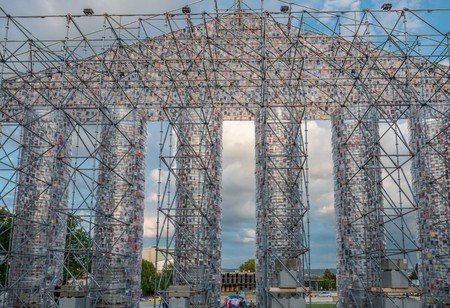 The Parthenon of Books by Marta Minujin | © Heinz Bunse / Flickr

Brazilian artist Lygia Pape was part of the neo-concrete art movement and was involved in filmmaking, sculpture, and engraving. Having lived through the Brazilian dictatorship, a lot of Pape’s pieces are critical of the country’s government, especially her work produced in the 1960s and 1970s. One of her films Eat Me, made in 1975, shows a close up of a bearded mouth forming shapes, making spit walls and flicking the tongue in a surreal, semi-disturbing nine-minute clip.

After being exposed to sexism during art school, Mexican artist Mónica Mayer embarked on a journey that used art as a way of supporting the feminist movement. Throughout her formal education, she was naturally drawn to the theme of feminism — her master’s thesis was Feminist Art: An Effective Political Tool, and she also attended a Feminist Studio Workshop at the end of the 1970s in Los Angeles. Mayer created a feminist art collective in Mexico in 1983 in a collaboration with Maris Bustamante, entitled Polvo de Gallina Negra (Black Hen Powder), which centered around action-based work with media performances and social interactions.