10 Essential Things to See and Do in La Paz

Death Road| © mezzotint/Shutterstock
La Paz is fast becoming one of South America’s hottest destinations – and with good reason. The highest administrative capital in the world is conveniently located at a crossroads between many of Bolivia’s best tourist attractions. But it’s not just its location that draws a crowd. La Paz boasts a huge number of its own must-see sites and experiences that will keep even the most discerning traveler occupied for days on end.

La Paz is home to the world’s highest and longest cable car transportation system. This impressive mega-project currently has three lines which stretch from the southern end of the city all the way up to the neighboring satellite city of El Alto. Riding in one of its modern, comfortable cabins offers unbeatable views of the city and surrounding mountains. Best of all, at only BOB3 (US$0.43) per ride, it really is the best value thing to do around town.

Market
La Paz’ spooky Witches’ Market has all kinds of potions and voodoo charms | © Rafal Cichawa/Shutterstock
Learn about Bolivia’s version of witchcraft with a trip to the intriguing and somewhat unnerving Mercado de las Brujas (Witches’ Market). Here you’ll find an impressive array of natural remedies for almost any ailment, as well as elixirs, potions, voodoo charms, and even the powerful hallucinogenic, Ayahuasca plant. Most visitors remember the Witches’ Market for its selection of dried out llama fetuses, which are traditionally buried under buildings as sacrifices to the appease the gods. Magic spells, curses, and fortune readings are also available on request.
More Info
Open In Google Maps
Melchor Jimenez, Macrodistrito Centro La Paz, Departamento de La Paz, Bolivia
View menu
Visit website
Visit Facebook page
Send an Email
Give us feedback

Cholita wrestling is perhaps the quirkiest event in La Paz. Indigenous Aymara women, known locally as Cholitas, demonstrate feats of incredible physical prowess in a WWE inspired free-for-all, all the while dressed in their traditional pollera skirt and derby. Many of their opponents are men (perhaps representing their husbands) who they overpower with a stunning display of athletics in a brutal, yet hilarious fashion. This crazy event takes place every Sunday from 2PM in El Alto. 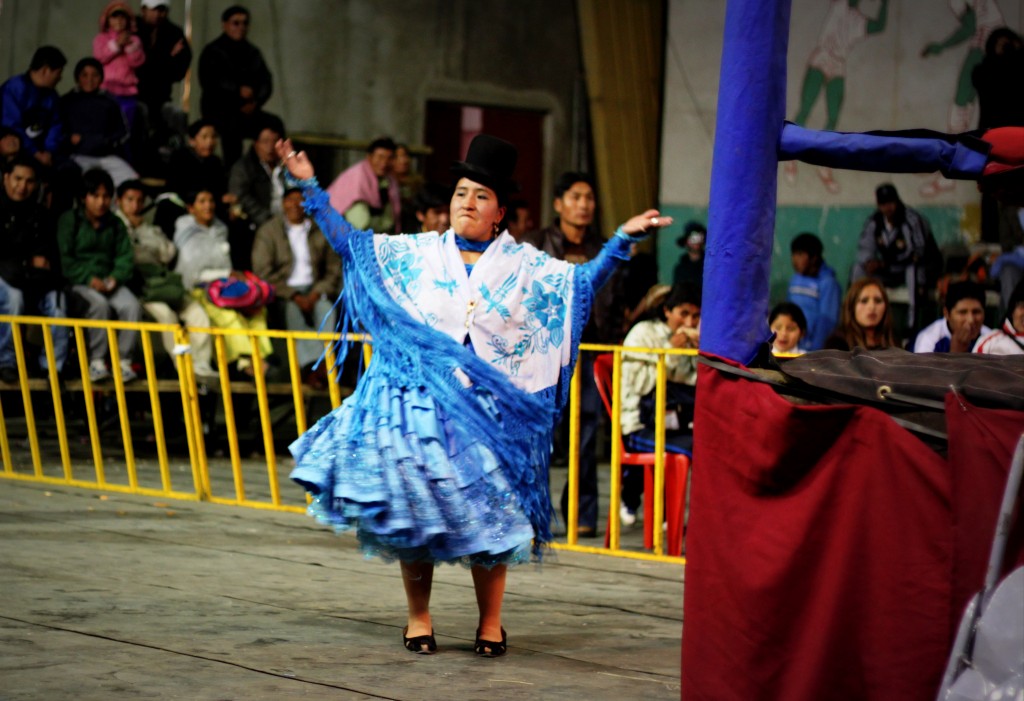 These cholitas ain’t nothin’ to mess with | © Jonathan Hood/Flickr

Market, Bolivian
You’ll be amazed at the stuff you can find at the 16 de Julio market | © Harry Stewart
Known locally as Mercado 16 de Julio, the market in the neighboring city of El Alto is said to be the biggest in South America. Its bustling street stalls stretch on for miles across a whole suburb and sell absolutely everything imaginable – including the kitchen sink. It’s held every Thursday and Sunday and is best reached via the red teleférico line which terminates right outside the market. Pickpockets abound here so keep a close eye on your stuff.
More Info
Open In Google Maps
Avenida 16 de Julio, El Alto, Departamento de La Paz, Bolivia
View menu
Visit website
Visit Facebook page
Send an Email
Give us feedback

If hurtling down the World’s Most Dangerous Road on a mountain bike sounds a little bit crazy, that’s because it is. It also happens to be one of the most popular tours in Bolivia, with around 25,000 riders tackling the treacherous road each year. The trail starts at a high mountain pass, two hours’ drive from La Paz, and descends into the lush semitropical jungle of the Yungas region. The views are stunning and the adrenaline is pumping. 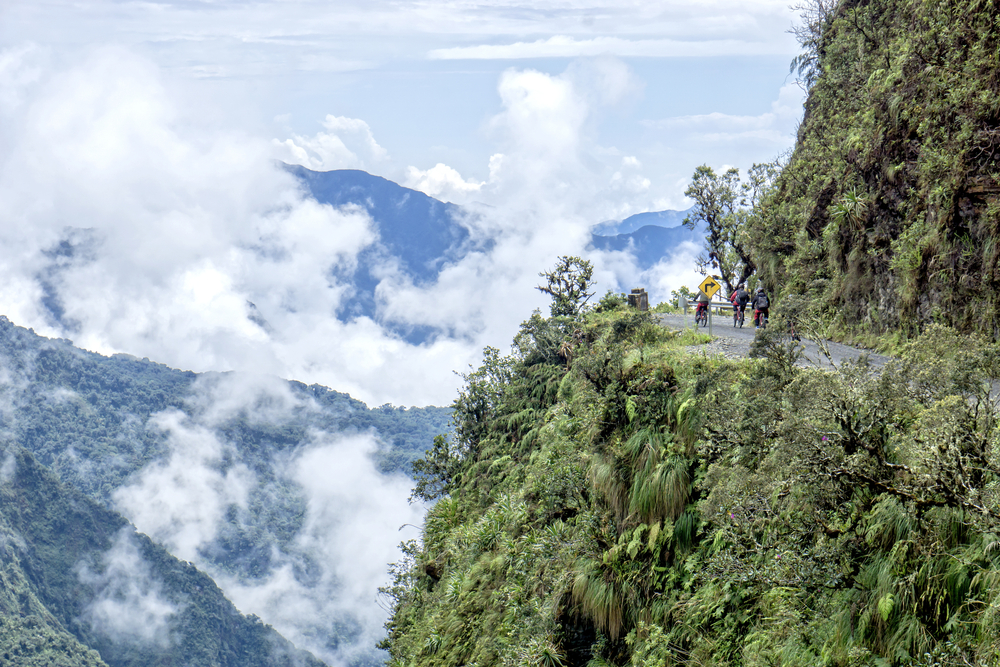 Calle Jaén is a delightfully quaint cobblestone street which features La Paz’ best preserved colonial architecture. This peaceful pedestrian-only thoroughfare feels light years away from the congestion of downtown La Paz, despite the fact it’s just a five minute walk from Plaza Murillo. Take a gentle stroll through Calle Jaén and you’ll come across four of the city’s best museums plus some cool bars, restaurants, and cafés. 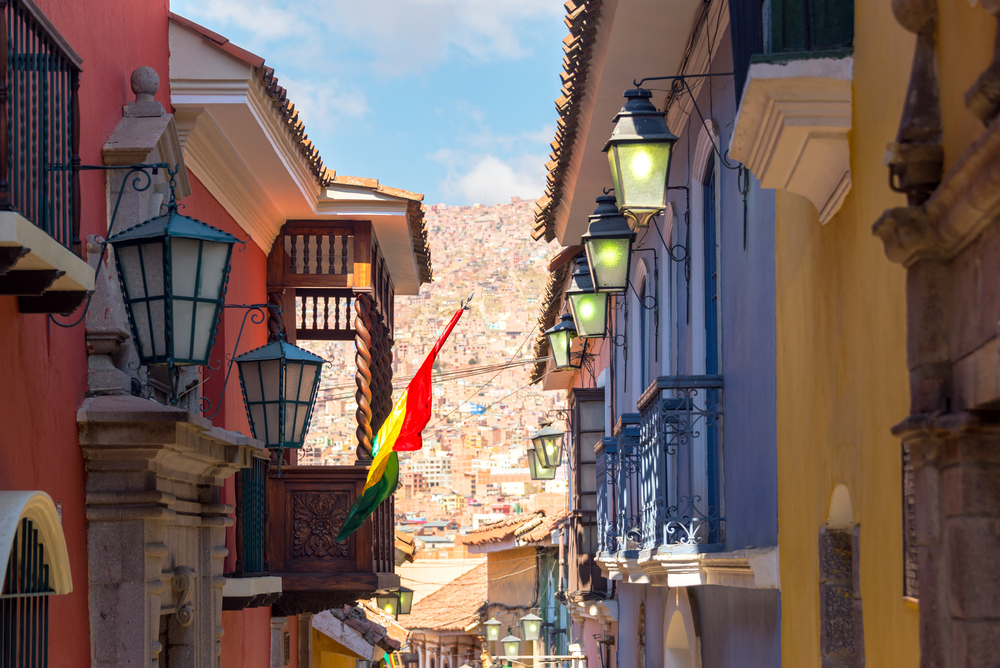 Chacaltaya was once a ski resort for La Paz’ elite until climate change came along and melted its glacier. The ski lifts have long since closed down, but it’s still a great place to visit for its stunning views of Mount Huayna Potosi, La Paz, and even as far as Nevado Sajama on the Chilean border. Another cool thing about Chacaltaya is that you can easily reach an altitude of 17,700 feet (5394 meters) with only a little bit of walking – a personal record for most people.

The Tiwanaku empire is thought to be one of the oldest and most powerful in South America with their major city lying just two hours drive from La Paz. This huge archaeological site is of profound cultural and religious significance to Bolivian pre-Colombian history. Considered by some to be the ‘Stonehenge of the Americas,’ these impressive ruins are set against the beautiful backdrop of the Cordillera Real mountain range and feature an impressive array of sculptures and impossibly large stones. 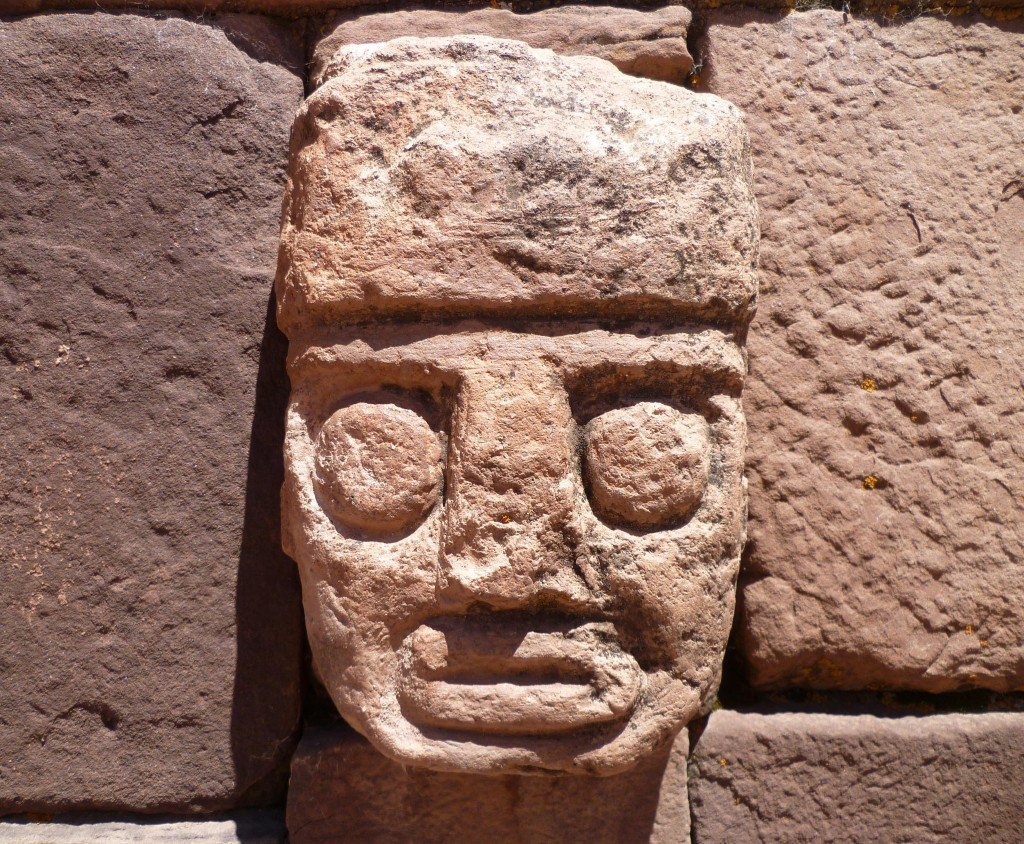 Known as Moon Valley in English, it’s not hard to see how this geological oddity got its name. This moon-like landscape is less than an hour’s drive from downtown La Paz and makes for a perfect half-day trip to escape the big city and discover some of Bolivia’s incredible natural landscapes. The site features a gentle walking trail which winds through a series of fantastically eroded rock formations. 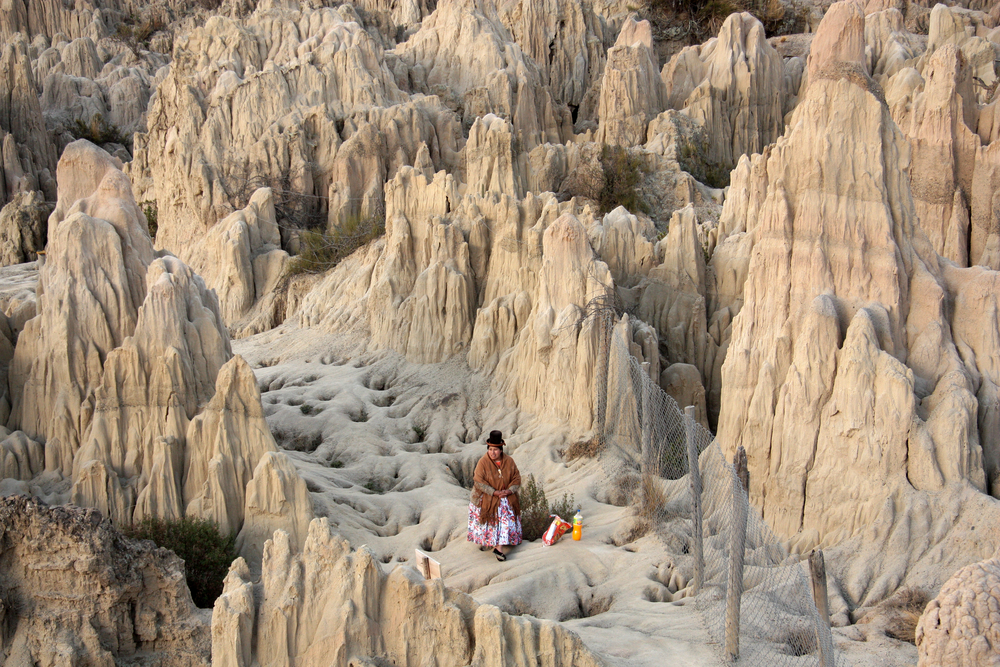 Park, Natural Feature
Palca Canyon | © Harry Stewart/Culture Trip
Like hiking? You’re going to love Palca Canyon. It’s hard to believe this relaxed, nature lover’s paradise is just an hour’s drive from the city center. An easy hike goes down from the nearby town of Palca and enters into a stunning canyon, all the while under the watchful gaze of the ominous Mount Illimani. While you’re there, check out Valle de las Animas (Valley of the Spirits), an incredible natural labyrinth which has eroded into a cliff face. There’s also a trendy, new-age eco-resort modeled on a Buddhist Stupa that offers psychedelic ayahuasca ceremonies.
More Info
Open In Google Maps
Palca, La Paz Department, Bolivia
View menu
Visit website
Visit Facebook page
Send an Email
Give us feedback