Where to See the Best Wildlife in Puerto Madryn, Argentina 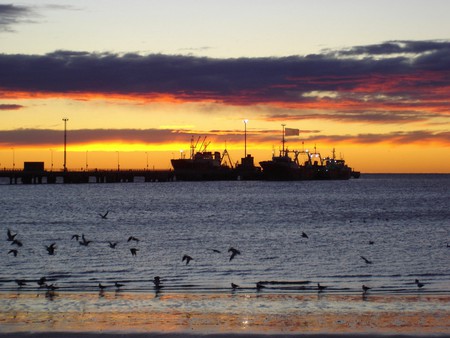 Puerto Madryn is a nature-lover’s paradise, more specifically, a wildlife-lover’s paradise. If you go weak at the knees over cat GIFs, or coo over Nat Geo pics of lions, then Puerto Madryn, and the greater area that extends around the Valdes Peninsula, will blow your mind. Let’s check out some of the best places to see wildlife in and around Puerto Madryn.

The coastal town of Puerto Madryn on the mainland is where people base themselves when they set out to explore the surrounding areas. One of the most well-known spots around the area is the Valdes Peninsula, a round strip of land that juts out into the Atlantic Ocean in Argentine Patagonia. A UNESCO World Heritage Site, it is the home of Argentina’s most important nature reserves. The entrance to the Valdes Peninsula is 30 miles (48km) from Puerto Madryn and is easily accessible by car. Sea lions, penguins and, most famously, the Southern Right Whale, which appears seasonally in the protected bodies of water between the peninsula and the Patagonian mainland, are a year-round draw to the area. 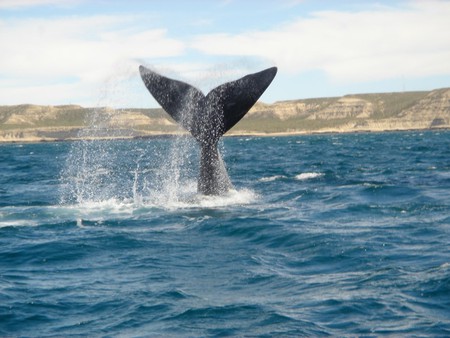 One of the first places to visit on the peninsula is Bird Island, a gathering point for a wide variety of avians that can be seen from the visitor center. Puerto Pyramides, the only town on the peninsula, is the jumping off point for the main draw of the Valdes Peninsula and Puerto Madryn; whale watching. From June to December, the Southern Right Whale comes to the peninsula to mate or give birth, because the gulf there is quieter and warmer than the open sea. This provides a unique opportunity to see these immense mammals up close, and boats leave frequently from Puerto Pyramides during whale watching season.

The Southern Right Whale is one of the three species of Right Whale, and is easily recognizable due to the large calluses on its head and a long, broad back with no dorsal fin. The protected area of El Doradillo, located nine miles (15km) from Puerto Madryn, has a unique coastline that will enable you to watch the whales, as they often mate and nurse their young just a few meters from the shore. From Punta Pyramides, close to Puerto Pyramides, you can also see a large colony of breeding sea lions. 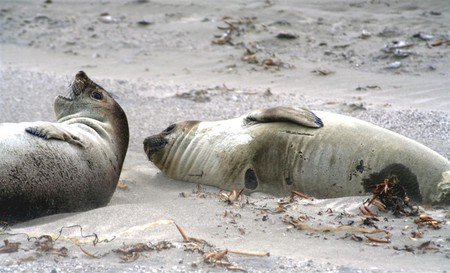 Sealions play around in the sand | © Mariano P./Flickr

Continuing southwards down the peninsula, you will come to Punta Delgada. Here you can see another large colony of seals, but this time elephant seals. Another colony of elephant seals is located in Caleta Valdes, and if you are lucky, the occasional orca may been seen from the viewpoints on the cliffs here. To the north, a small colony of Magellanic penguins can be seen from September to March. Finally, the last place of interest on the Valdes Peninsula is Punta Norte, which offers a bigger likelihood of seeing orcas from October to April. There are more colonies of sea lions and elephant seals here as well.

Aside from Puerto Madryn and the Valdes Peninsula, there is another important site in this area of Chubut. Punta Tombo is a narrow, rocky strip of land located 70 miles (110km) south of the city of Trelew and 110 miles (175km) south of Puerto Madryn. The Punta Tombo Provincial Reserve has been officially protected since 1979 and is also a peninsula jutting out into the Atlantic Ocean, and is comprised of a bed of gravel, sand and clay. It is most well-known for having a large and important colony of Magellanic penguins, much bigger than that in Caleta Valdes. These penguins are native to South America and can be found in Argentina, Chile and occasionally in Brazil. They were named after the great explorer Ferdinand Magellan, who first spotted the penguins in 1520 on one of his colonial voyages. 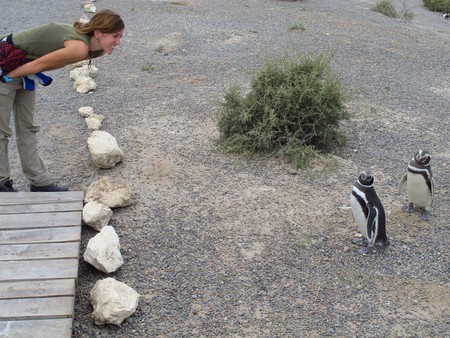 The penguins come to this finger of land between September and April to incubate their eggs, and you can see large swathes of penguins gathered around the shoreline protecting their nests, with one of the couple often dipping into the sea to search for food. The penguins themselves are medium-sized and black and white in colour. They are a threatened species, mainly due to oil spills off the Argentine coast, making the Patagonian reserves all the more important. There is a televised “penguin vigil” in early September when the penguins begin to arrive.