This Is the First Transgender-Focused High School in Latin America 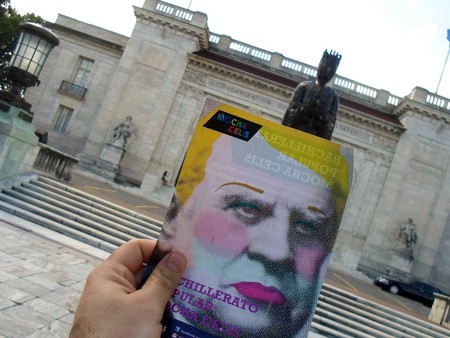 Over the last couple of years, Argentina has led Latin America in terms of LGBTQ+ rights and is arguably one of the best places to live in the region as a transgender person. Nonetheless, there is still a need for better living conditions. The high school dropout rate within the transgender community is excessive, and that’s why the Mocha Celis School for adults in Buenos Aires is so important: it welcomes people across the gender and sexuality spectrum, while ensuring they can be who they want to be.

Laws regarding transgender people are notably progressive in Argentina. A Gender Identity Law was passed in 2012 that allowed trans people to transition based solely on their self-perceived identity, and getting rid of the antiquated notion that gender nonconformity is a mental disorder. In most other countries in the region, those who request to change gender have to pass a psychiatric diagnosis. Argentina is the only country that allows people to change their gender identities without having to face hormone therapy, surgery or a psychiatric diagnosis that labels them as abnormal. This is why the World Health Organization has cited Argentina as a case example of supportive legislation for transgender people.

Nonetheless, a lot still needs to be done. Even though some rights were successful and inclusion has improved, trans people still face marginalization in Argentine society. Buenos Aires is more progressive than many parts of the country, and many people move to the metropolis to avoid discrimination in smaller towns.

The Mocha Celis Popular Baccalaureate (Av. Federico Lacroze 4181 in the Chacarita neighborhood) is a first-of-its-kind high school for adults over the age of 16 that is supported by non-profit organizations and voluntary donations. The institution has become a place of support and nurturing of transgender persons, but it is not exclusive to them. Everyone is welcome. 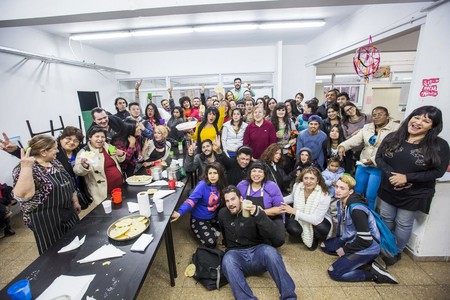 Although a great percentage of its students belong to the trans community, the Mocha Celis School is open for everyone. | © Bachillerato Popular "Mocha Celis"

The school was named after Mocha Celis, who was an activist for transgender rights and also illiterate. She was born in Tucumán, in northeast Argentina, and moved to Buenos Aires in the early ’80s. Like a great number of trans people, she worked as a sex worker as a means of survival. She became close to her fellow sex workers and often asked them to read for her. According to La Voz Hispana, she had an “unquenchable thirst for knowledge” despite her illiteracy. However, she was killed in 1996 at the age of 34 by a police officer.

Her story is a tragic example for many transgender people who suffer a similar fate. Many are left with almost no other option than sex work and are forced to drop out of school due to the unrelenting bullying and lack of acceptance. Francisco Quiñones and Agustín Fuchs, two LGBTQ+ activists, were moved by what they saw as a structural problem and opened the Mocha Celis school in early 2012 with the help of Miguel Nicolini and others. Giving access to education is their way to foster inclusion and open more options so everyone can choose the life they want. 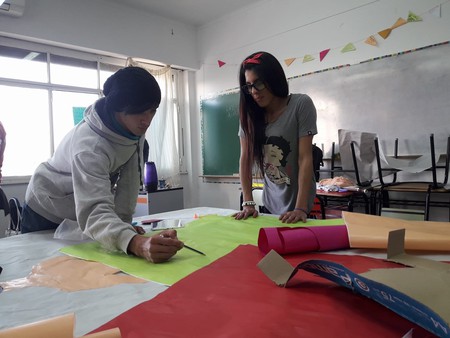 With a waiting list for enrollment, its popularity has far exceeded its capacity. The institution has also spurred activism for LGBTQ+ rights, serving not only as a place of study but also a home – a safe haven for diversity. Trans people sometime feel driven away from regular public schools due to discrimination or even physical violence. This in turn leads to extremely high dropout rates for trans people, which adds to the many structural inequalities experienced by this community.

The school program encompasses both primary and secondary syllabi, spread over three years. It also includes classes on cooperatives, gender studies, vocational courses and even “trans history,” focused on the activism of the trans community.

Lohana Berkins, a fierce advocate and pioneer for the rights of trans people, wrote a book in 2005 that became a landmark text in the understanding of the grave situation trans people go through in Argentina. In La Gesta del Nombre Propio (The Epic Struggle for a Name of One’s Own), she describes how transgender people suffer from discrimination ranging from intolerance and humiliation to marginalization and full-blown attacks. One of its key findings was that 79% of the trans people surveyed were pushed into sex work as their main source of income as a result of lack of access to education and, in turn, quality jobs.

Trans people are the most vulnerable group within the LGBTQ+ community, with a life expectancy of 35 years in Argentina and subject to some of the most abhorrent cases of abuse and neglect. The creation of spaces that both celebrate and respect differences while making way for the blossoming of everyone’s full potential is both necessary and long overdue. The Mocha Celis is such a space, and can hopefully serve as an inspiration in the fight for human rights for all.