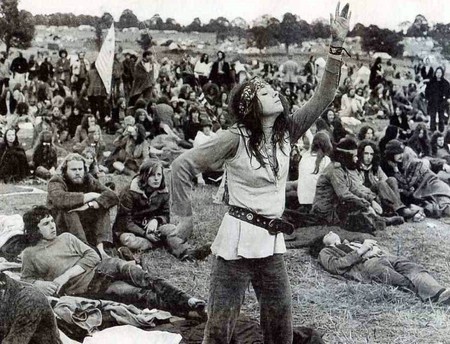 The hippie movement of the 1960s | © Paul Townsend/Flickr

The hippie movement is obviously most closely associated with the United States, and particularly San Francisco in 1967’s Summer Of Love and the Woodstock festival in 1969. However, what is not as widely known is that Argentina also experienced its own hippie movement, traces of which can still be seen today in some of the more bohemian areas of the country. Let’s find out more about the hippies in Argentina.

September in Argentina is thought of as the most hippie month of the year. September 21 heralds three major events that can be associated with hippies: the beginning of spring, the Day of Peace, and the Day of the Student. Not only this, but it was also in September 1967 that the first hippies were seen, loud and proud, in Argentina. 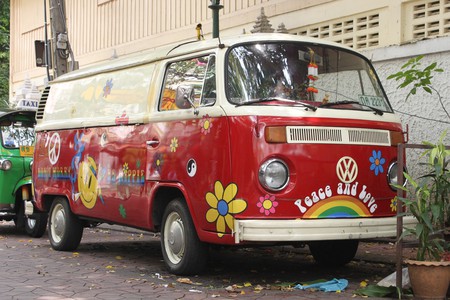 At a hippie gathering in Buenos Aires’ Plaza San Martin, a group of free-spirited youths, dressed in colorful clothes with flowers painted on their shirts, pants and shoes, danced, reveled, celebrated life and peace, and gave out flowers to members of the public on Florida Avenue. The event was organised by Pipo Lernoud, one of the founders of a musical genre that would go on to become the unique sound of Argentina, “rock nacional.” Along with other notable protagonists of the genre, namely Mario Rabey, Hernán Pujó, Tanguito, and Miguel Abuelo, these musicians were at the center of the countercultural revolution in Argentina. 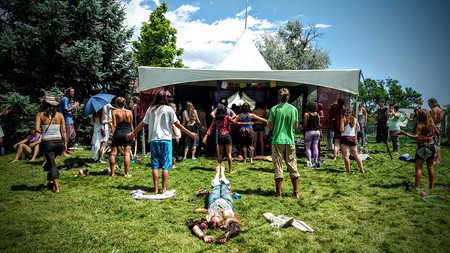 Hippies at a festival | © cafevalentine/Pixabay

It must be said, however, that although Argentine hippies were inspired by the anti-capitalist and anti-war sentiments of their Northern American counterparts, they weren’t inherently protesting the war in Vietnam. Instead, the members of the Argentine hippie movement had a more personal enemy to protest: the oppressive dictatorship of Juan Carlos Onganía, who was ruling the country at the time. Onganía’s dictatorship forbade public displays of affection, such as kissing, so naturally the pleasures hippies indulged in had to be concealed. Their long hair had to be covered up by hoods, and their flower power t-shirts had to be worn underneath their jackets. Populist political parties at the time scorned the hippies, saying that their ideology was just another form of the West’s cultural colonization. 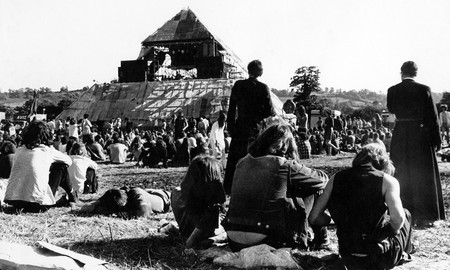 Hippies at a concert in the 70s | © Paul Townsend/Flickr

That same year, Lernoud, Tanguito, and Abuelo moved to Capilla del Monte in the Cordobese countryside to live among nature, and be at one with the earth. They stayed for a year, and now Capilla del Monte is one of Argentina’s premier hippie havens, complete with the weird and wonderful Uritorco Hill, a mystical and magical place where UFOs have been sighted, and where magnetic currents and electrical frequencies are said to vibrate more intensely, still attracting hippies to this day.

Capilla del Monte was the first hippie colony, but it would soon be overtaken by El Bolson in Rio Negro, Patagonia. In 1969, the year of Woodstock, El Bolson was put on the map by a group of hippies who decided to move there. Their intention was similar to that of those who went to Capilla, but with one significant difference setting them apart: all of the hippie settlers in El Bolson were the cast and crew of a production of “Hair,” the ultimate hippie musical that was incredibly popular at the time. The El Bolson hippies want to live communally off the land, and today El Bolson is still something of a hippie paradise, not just for its incredible natural setting, but for the shared sense of community that still exists there. 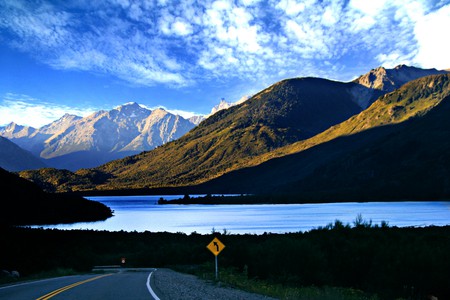 The hippie movement still pervades many facets of Argentine society, whether it is manifested in the constant protest in downtown Buenos Aires, or the many independent cultural centers and artistic movements in every city, and even still in remote towns and villages across the country who are keeping the dreams of peace and love alive. Have a listen to the biggest hippie band from Argentina at the time, Los Gatos Salvajes, here.