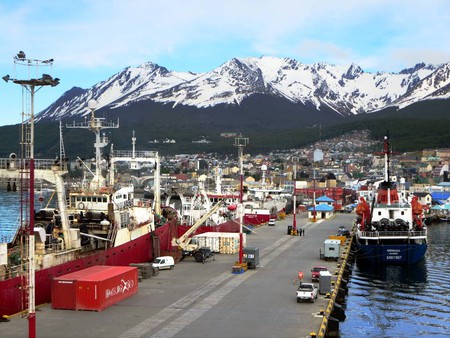 Ushuaia is very often at the top of most people’s lists when traveling to Argentina. The world’s southernmost city is a draw precisely because of its location, but what else is going on in Ushuaia? We find out in our ultimate guide to the city at the end of the world.

Tierra del Fuego, Ushuaia’s home province, is in southern Argentina and is an archipelago separated from continental South America by the Strait of Magellan. It was discovered by the Portuguese explorer Ferdinand Magellan on his 1520 expedition. Argentine Antarctica falls into the Tierra del Fuego province, and, when in Argentina, it is wise to consider Las Islas Malvinas (or the Falkland Islands in English) as constituting Argentine territory, although technically these islands are considered as British overseas territories.

An ominous welcome - the entrance to Ushuaia | © Kevin Dooley/Flickr

Tierra del Fuego means “Land of Fire” in English, and is the southernmost province in Argentina, with the provincial capital of Ushuaia being commonly known as the southernmost city in the world, giving it the name “End of the World.” Ushuaia means “bay looking into the west” in the ancient Indian tongue of Yamana, and it is bound by the Martial Mountains to the north and by the Beagle Channel to the south, locking it between land and sea.

Tierra del Fuego is famous for many reasons, one of the most interesting being that, as a young naturalist, Charles Darwin came to Tierra del Fuego and spent over four years in Patagonia researching and gathering information on the local flora, fauna and indigenous Indian cultures. Traveling with an expedition led by Captain FitzRoy on the HMS Beagle that set sail from Plymouth, England in 1831, Darwin spent just over three years exploring the land of Tierra del Fuego, and a further 18 months trawling the seas, straits, and passages around the archipelago. Many of his findings, including conclusions made about three captured Fuegian Indians that had spent a year in England and were taken back to Patagonia as missionaries, hugely influenced what would later become his Theory of Evolution. 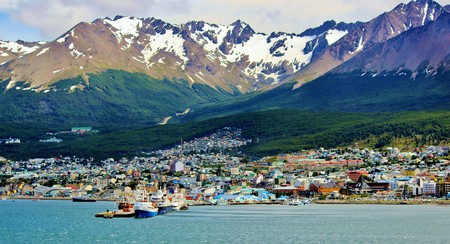 Although it has a subpolar oceanic climate, because it is surrounded by forests, Ushuaia and its environs enjoy a relatively mild climate considering the location. In winter, temperatures average 34.9F (1.6C) degrees, and in summer 50.5F (10.3C) degrees. However, due to the unpredictable Patagonian weather, it is perhaps best to go in spring or summer, as the weather is more likely to be sunny, although Ushuaia suffers from fairly consistent cloud cover. Avoid in winter unless you want to partake in some of the winter sports on offer. 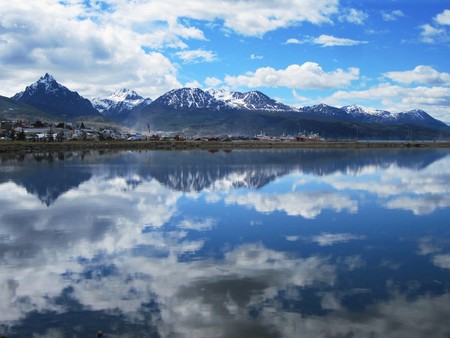 Better to visit Ushuaia in spring, summer or autumn, as winter can often be inhospitable | © David Stanley/Flickr

There are many things to see and do in Ushuaia, but it is mainly famed for the wealth of natural landscapes to enjoy. Ushuaia city is used as a base by many tourists who want to explore the surrounding waterways and mountains, but the city itself has a lot to offer. The Glacier Martial is accessible from Ushuaia, but the walk is long and many people prefer to get an inexpensive taxi from the town to the base, and then hike or get the chairlift (often only running in summer) from there. The hike to the glacier provides beautiful views out over Ushuaia and the bay. 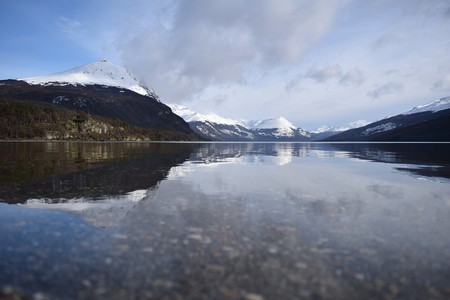 Lake and mountains in Ushuaia | aji_20/Pixabay

The Tierra del Fuego National Park, seven miles (11km) from Ushuaia, is also a well-worn haunt for nature and outdoor lovers, and there are many well-marked trails and short hikes for those wishing to spend the day exploring the park independently. For those who want to see a bit more, longer trails and hikes are available; El Paso de la Oveja, or “Sheep’s Pass” takes two days, whereas a longer trek of four days can be done on the Sierra Valdivieso Circuit. The park also has two beautiful lakes and some waterfalls. 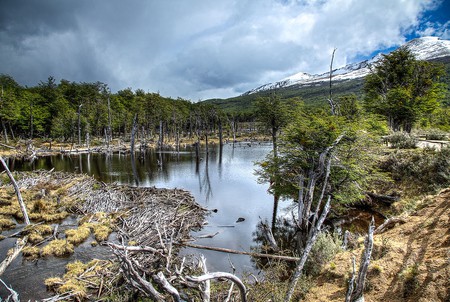 There are many museums, including Museo del Fin del Mundo, which has a large bird exhibition, and Museo Mundo Yamana, which explains the indigenous history of the local Yamana Indians. One of the biggest attractions is the Maritime Museum and Presidio Prison. Located on the same site, you can visit the Maritime Museum and also gain entrance to the prison. Ushuaia was once the location of a former military base and penal colony, and the prison itself, “the Prison at the End of the World,” is well preserved and worth a visit.

The End of the World Train is another fun outing that may appeal to those who prefer a more leisurely holiday activity. The End of the World Station is five miles (8km) from Ushuaia and takes passengers through the Toro Gorge and the national park and forest, ending at the El Parque Station. Another right of passage for any visitor to Ushuaia is to get their passport stamped and to send a postcard home from the End of the World, both of which can be done at the post office in the town center. 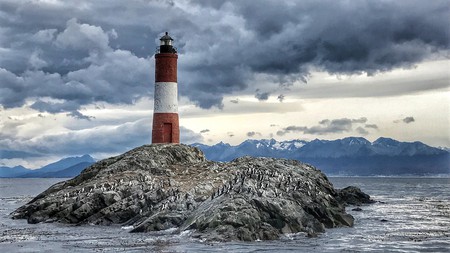 Arguably the most popular activity in Ushuaia is to sail the Beagle Channel. The channel was named after the HMS Beagle, the ship that brought Darwin on expedition to Patagonia. The channel is roughly 150 miles (240km) long and can be explored by the many catamarans that leave frequently from Ushuaia where the mountains and forests can be better appreciated from afar. You can also see the lighthouse at the End of the World from the Beagle Channel boat trip, or take a short boat tour out to it from Ushuaia itself. Ushuaia is also the jumping-off point for those wishing to visit Antarctica, and cruises leave from the port, but must be booked far in advance, as spaces and departures are limited due to the protected nature of Antarctica.