The Best Things to See & Do in Las Cañitas, Buenos Aires

Las Cañitas is a small area covering just a few blocks within the wider area of Palermo, Buenos Aires’ most fashionable neighbourhood. The area is popular with the wealthy, as well as the hipster community, thanks to its trendy gentrified neo-colonial architecture and large number of bars and restaurants. Check out our guide to the best things to do while in Las Cañitas.

Las Cañitas is a popular area for Argentina’s rich and famous, so has some upscale shopping boutiques to match. The larger neighbourhood of Palermo also has great shopping but is much busier than little Las Cañitas, so for a more relaxed experience without the stress of crowds getting in the way Las Cañitas is a better option. El Solar is the largest shopping mall, with a number of sophisticated labels and stores, such as Cardon or Wanama, and well-known brands such as Nike. There are also of plenty independent stores dotted around the area, so a wander through the neighbourhood will certainly take you past some other sophisticated labels. 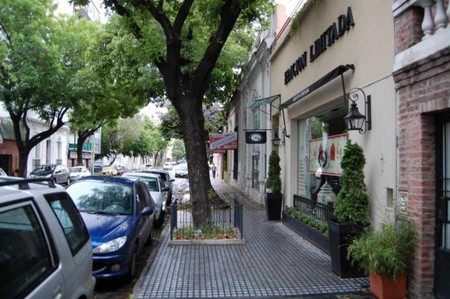 Argentina is thought to have some of the best polo teams and players in the world, as well as a top-class horse breeding programme. The polo field in Las Cañitas is the centre of the sport in the country. At the Campo Argentino de Polo, there are matches from September through to December (the polo season), although during the off-season there are often practice games on the smaller fields that are free to watch. The sport is attended by the glamorous upper classes and is a very civilised affair. It is perfect for people-watching, especially given the stadium’s 30,000 seat capacity. 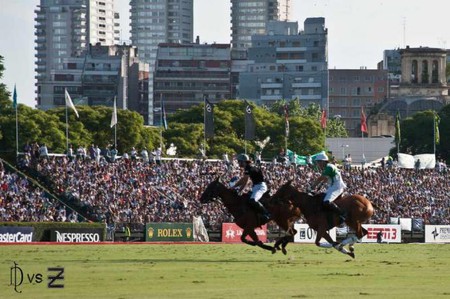 Probably the most popular attraction of Las Cañitas is its bars and nightlife. Calle Báez is the main drag of the area’s bar scene, and although during the day it is almost empty it livens up as the evening draws in. The street’s pavements are wider than usual, which allows for outside tables or general mingling, and the street also has loads of restaurants which makes the area perfect for an evening with dinner followed by drinks. Where Báez meets Arevalo is probably the epicentre of the action, with roughly a three block radius full of bars and clubs. 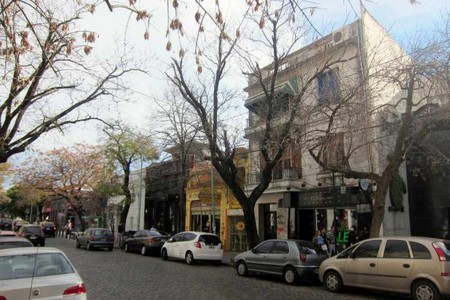 As well as polo, Las Cañitas is also home to the city’s racetrack. The Hipodromo Argentino de Palermo is another great opportunity to see some top quality horses and mingle with the Buenos Aires elite. There are races all throughout the year, with the Argentinian equivalent of the Grand National, the ‘Gran Premio Nacional’, being held in November.

Las Cañitas is a green and leafy neighbourhood of Buenos Aires, which is unsurprising given its popularity with the wealthy. At the northern end of the neighbourhood is a large park area, which actually covers the vast riverside zone between the neighbourhoods of Belgrano and Recoleta. In the parks closest to Las Cañitas is a beautiful rose garden, or ‘rosedal’, and a lake called Lago de Regatas where it is usually possible to rent a paddle boat for an hour or so. Further towards Palermo is a planetarium, more lakes and a couple of museums. A lovely spot for a relaxing afternoon during the summer. 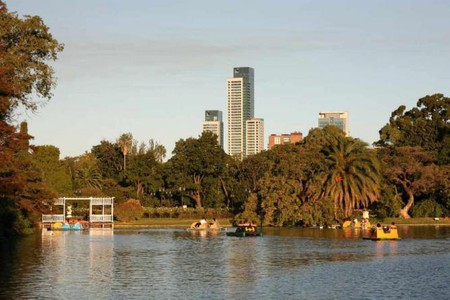 Despite the reputation of its nightlife, Las Cañitas is actually a very tranquil area during the day. Calle Báez, as well as its bars, is home to a number of comfortable cafés ideal for a leisurely morning or afternoon break. Given the area’s popularity with the wealthy it is regularly frequented by local celebrities, so the cafés on Calle Báez are ideal for people-watching. The area is also much cleaner than other parts of the city, and is picturesque with quaint renovated neo-colonial architecture, so is a sophisticated and elegant area to spend some down-time. 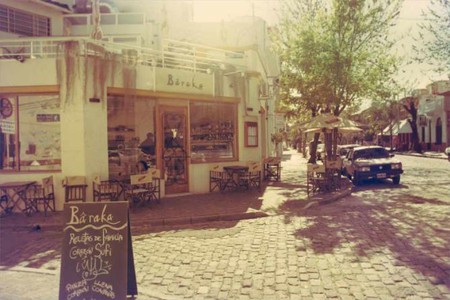 If the polo and horse-racing has made you want to participate in some sport yourself, the Campo de Golf can be found behind the Hipodromo. It’s surprisingly cheap to play a round here, and the club is public rather than having a private member system, which means visitors can play too. Locals are usually required to bring their own clubs, but for tourists the club is quite lenient and offers rentals. It is necessary however to book in advance.