The Top 10 Things to See and Do in Uspallata, Argentina 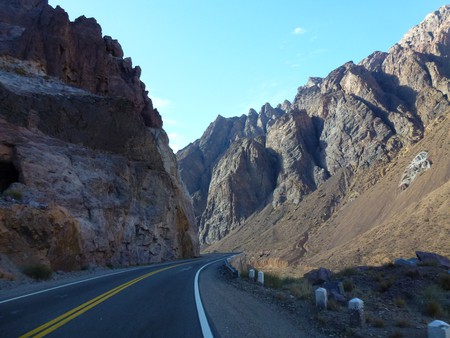 Uspallata is a region in the Argentine province of Mendoza. On the cusp of the border between Chile and Argentina, the area benefits from many ancient sites that were used by travelers on the trade route between the two countries. We check out the best things to do in and around Uspallata, Argentina. 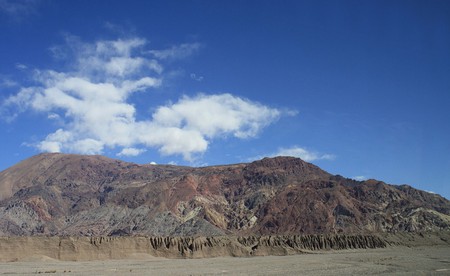 This hill is located about an hour and a half from Mendoza and just a short drive outside Uspallata. The Argentine north in Salta and Jujuy is known for its incredibly colourful rock formations, and this too is true of the Hill of Seven Colours in Uspallata. While perhaps not as clearly stratified as those in the north, this hill does exhibit seven different colours across the spectrum, from pale greens to burnished reds and even some blues, owing to different mineral deposits and erosion.

This route was part of the old Inca trade path between Chile and Argentina through the Andes mountain range. The path came down from the Peruvian and Bolivian highlands to cross through the Andes at this point, and you can still see evidence of settlements and lodging along the way, in particular at the Inca Bridge, under which you will see the remains of an ancient dwelling.

Museum
Facebook
Email
Twitter
Pinterest
Copy link
Share
One of the most well known activities in the Uspallata area is a visit to these fascinating beehive structures. Constructed by the Jesuits at the end of the 18th century, the complex was built to process minerals that were extracted from the San Lorenzo mines. At another point, they were used as offices and storage facilities by Argentina General San Martin. It has been converted into a museum where visitors can explore the unique construction of the former plant. 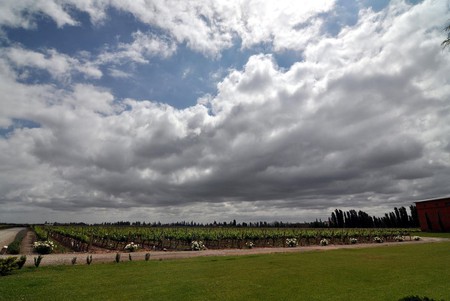 A vineyard in Mendoza | © AlCortés/Flickr

Uspallata is located close to the Cuyo wine region of Mendoza, one of the most important areas of viticulture in the country. Anyone with even a passing interest in wine should take advantage of this enviable location to explore the many vineyards, bodegas and wineries. There are many tours available, or if you want to be able to really sample the wines, rent bikes and cycle from wine tasting to wine tasting, just be careful on the cycle home!

The highest peak in South America is located in Mendoza province, conveniently located close to Uspallata. Known for the ease with which it can be climbed given its height, it is one of the main attractions in the region and a perfect destination for lovers of the outdoors. It’s best to go in late spring or summer, as in winter it is often inaccessible due to weather conditions and snow.

Penitentes is Mendoza’s premier ski resort and a great option for those looking to spend some time in winter in the Andes. With 25 pistes for every level, Penitentes caters to novice and experienced skiiers, and if you choose to go in summer, there are a wealth of outdoor activities to partake in that don’t involve skiing. 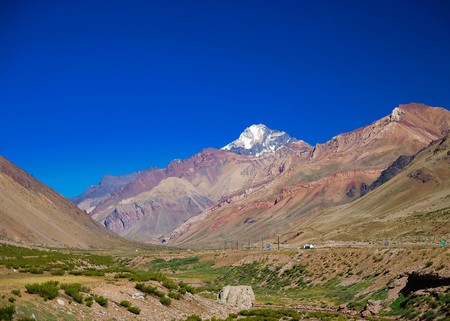 A hiking trail in Mendoza | © David/Flickr

Visitors to Uspallata, and Mendoza province in general, may be surprised to learn that it is also a haven for adventure sports and the outdoors, as well as being home to one of South America’s most well known regions of wine production. From Mount Aconcagua to Penitentes and the region around Uspallata in the Andes, there are plenty of hiking and trekking trails, from short walks to lookout points to longer treks that will take you deep into the mountains.

Uspallata is located along a tributary of the Mendoza river, and the main river itself is close to the village. As well as providing the perfect conditions for which to grow wine and irrigate the vineyards, the river is also a great place to go white water rafting. A perfect outing for families with kids, you can experience the rush of hurtling downstream in a guided rafting tour of the river.

This little stone bridge harks back to eras long since past, and passes over a dried river bed that makes it feel like something out of the Wild West. A fun place to stop and take some photos, it it the perfect spot to get out and stretch your legs on a road trip around the areas surrounding Uspallata. 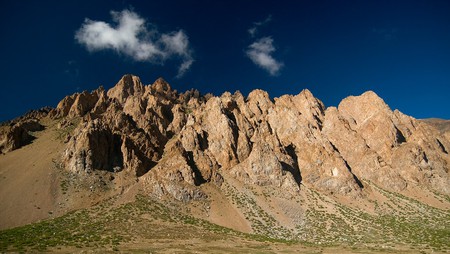 A mountain ripe for climbing in Uspallata | © David/Flickr

Mendoza is home to Mount Aconcagua, which is one of the best areas outside Argentine Patagonia to indulge in some rock climbing. Whether you are in the market for some light rappelling or a more challenging hike or free climbing, Mount Aconcagua has it all. Read more about climbing this inimitable mountain here.