The Top 10 Things to See and Do in Corrientes, Argentina 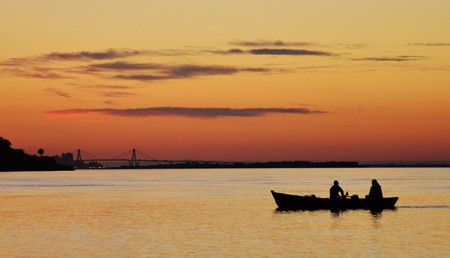 Corrientes province in northern Argentina is perhaps one of the most underrated regions in the entire country. Close to the border of Paraguay, Corrientes is home to some of the most incredible landscapes in the country. We check out the best things to do in Corrientes, Argentina. 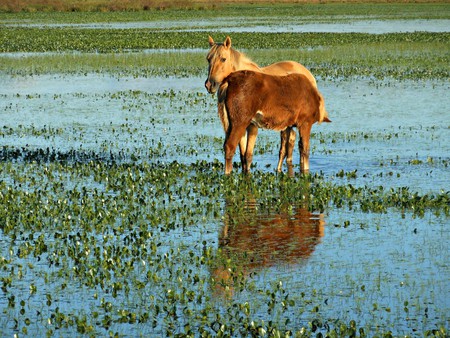 This virgin territory is a wealth of wildlife and native flora, and an area that is rarely visited. However, this is something of a blessing, because it means that visitors to the Ibera Wetlands can see firsthand the unspoilt beauty of this natural park. Take a boat ride through the marshlands or amble among the wetlands on horseback.

The city of Corrientes is located on the banks of the Parana river, meaning that it benefits from a long stretch of riverside coastline. The Corrientes costanera is a favourite place for locals to come and hang out, watching the sun set over the picturesque bridge that crosses the river. It is also a great place to go for a run in the morning or evening when the temperature is cooler.

Known as the “city of murals”, the city of Corrientes is home to more than 70 elaborate murals that were realised by an organisation called Arte Ahora in the 1980s, whose mission it was to break down the social boundaries of elitism in the art world and to create art for everybody. One of the group’s first murals is 370m (1,213 ft) long and can be seen on one side of the bridge that connects Chaco to Corrientes. 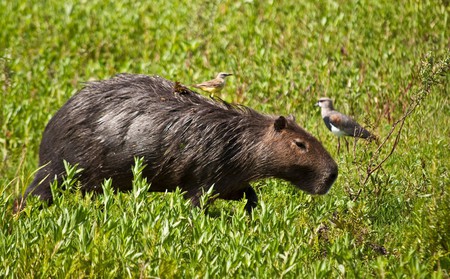 Located within the Ibera Wetlands, the Mburucuyá National Park is a protected area of natural beauty that boasts the same virgin marshlands as the wetlands themselves. Filled with an abundance of wildlife and vegetation, including over 150 species of birds and a proliferation of native palm trees and quebracho trees. The park is also home to the capybara, the world’s largest rodent.

Corrientes city surprises visitors with its wealth of different activities, views, parks and street life. From colonial architecture to the beaches that run along the length of the Parana river to the wide expanse of the river itself, there is plenty to do in Corrientes. It is a heady mix of vernacular culture, nature and urban activity. Explore it at your leisure by ambling through the leafy streets and stopping in one of the local cafes or bars along the way.

The Dr. Juan Ramón Vidal Fine Arts Provincial Museum is housed in a beautiful old building that dates back to the 19th century, and showcases the best local art that Corrientes and the region have to offer, as well as a temporary exhibition where you can see masterpieces by famous Argentine artists such as Benito Quinquela Martin and Fernando Fader. 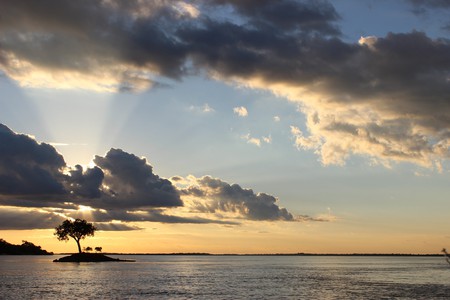 Not only is this stretch of beach one of the most popular on the coastal area of Corrientes city on the Parana river, but it is also of historical significance as this was the point where the city was founded in 1588. Visitors to the beach will be treated to the impressive view of the huge bridge that crosses the river where they can see the sun going down behind the metal trusses, a pretty sight for a summer evening.

As with most Argentine cities, the local cathedral is always one of the main draws. Built between 1854 and 1861, this pristine white building is perhaps not as ornate as cathedrals in other cities, but it is certainly unique because of its stark nature. It was inaugurated as a Provincial National Monument in 2002.

If you want to explore some of the best provincial areas away from the city, head for Bella Vista, located 140km (87 miles) outside of Corrientes. Known for its outdoor activities, as well as its picturesque orange groves, Bella Vista translates to “beautiful view”, and this is exactly what you’ll be treated to if you make it there. It is also known for its celebrations around Carnival. 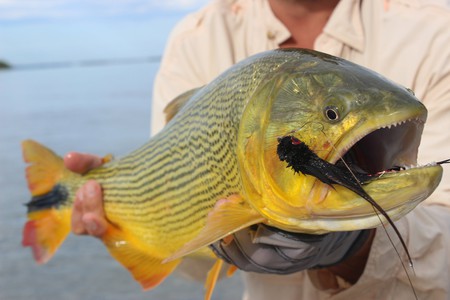 If you make it to Bella Vista, you might want to indulge in some fishing in the Parana river. With its sandy banks, it’s the perfect place to set up a rod and relax and wait for a tug on the line, or if you prefer something a bit more intense, take a boat trip with a local fisherman and go in search of the famous dorado fish, known for its incredible gold skin.