Top Things To Do And See In Rosario, Argentina

Rosario, Argentina‘s third largest city, is known to most as the birthplace of both Che Guevara and Lionel Messi. But Rosario also attracts thousands of students and young artists as well as growing numbers of tourists. Here’s our list of the top 10 things to do in the city.

Probably Rosario’s most recognizable landmark, the National Flag Monument was built as a memorial to the creator of the Argentinian flag, Manuel Belgrano. The flag was first revealed by Belgrano on an island in the Paraná river, just off the shores of Rosario, in 1812, and underneath the monument lies his tomb. Not only is the memorial an important historical attraction, but it also a spot for fantastic panoramic views of the city – the tower section of the monument is open to visitors who wish to climb to the top and look out over Rosario. As a central part of Rosario’s history, it is certainly worth a visit.

Two great ways to explore Rosario and the surrounding area are either cycling around the city, or kayaking on the Paraná river. Kayaks can be rented either individually or as part of a group tour, and are a great way to escape the city for a while and see some local wildlife in the Paraná Delta. Renting a bike is also a great way to get around the city quickly and see all the sights, especially when with a guide who can provide some local insight.

Located right in the middle of the Parque Independencia is Rosario’s main history museum. It is home to a number of excellent exhibits, ranging from indigenous artifacts to post-colonial religious displays, as well as an intriguing display of mate-related items (mate is a traditional regional drink). The exhibits are well presented, and the design of the museum is modern and accessible for all ages. It is also conveniently located next to the Newell’s Old Boys football stadium, which is also worth a look in if it is open – but the museum is closed on matchdays.

Fans of Ernesto ‘Che’ Guevara will be keen to make their pilgrimage to the revolutionary’s birthplace, an apartment building in the central district of the city – although he only lived there for a short time. It is owned privately, so visitors cannot enter, but it is a well known attraction around the city so it will not be surprising to see tourists taking photos of it. Entre Ríos 480 is an attractive neo-classical building, as is much of the other architecture in the city, so it can be easily passed by by those who might not know the significance of it.

Rosario’s Museum of Contemporary Art, also known as MACRO, is housed in a strange looking building right by the riverside. The building itself used to be a grain silo, integral to Rosario’s industrial past, and is now home to ten floors of modern artwork, primarily by young local artists. At the top of the building there is a viewing area which provides great views of the river and the city. Given Rosario’s significant young artist population, MACRO is an great opportunity for visitors to get a real feel for the city, its people and its culture.

In a busy city like Rosario, green parks make a much needed change from the crowds. Rosario is home to a number of parks where visitors can take some time out to go for a walk of just relax. Parque Independencia is the largest, with a lake, fountains, various gardens, follies, and food vendors. Visitors can rent a paddle boat to take out onto the lake, a perfect activity for a sunny afternoon. Also within the park are the football stadium and history museum, as well as a fun children’s play area (Jardín de los Niños). Parque de España is by the river, which makes for a pleasant walk, as does Parque Urquiza. 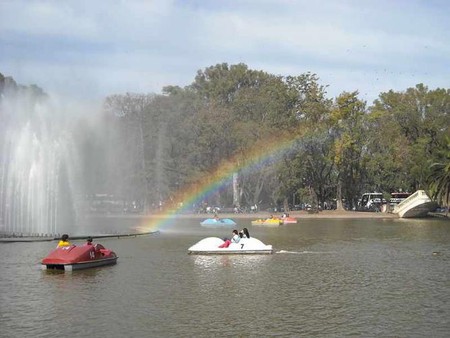 Rosario’s Museum of Fine Art is considered the best fine art museum in Argentina, outside of Buenos Aires. It houses around 4,000 works of art from both Argentina and Europe, mainly dating from the 19th and 20th centuries up until 1930 (the more modern artwork can be seen in MACRO). The museum opened in 1937, and has since been collecting pieces mainly through donations from private collectors, but with the support of the local government it has also been able to purchase some works itself.

In the northern part of Rosario is a surprising beach zone. Sandy beaches are unusual to find on a river, but given Rosario’s extremely pleasant temperatures from October to May the beach zone is a popular spot. Catalunya beach is perfectly acceptable while La Florida tends to be better – but both are home to plenty of restaurants (many serving freshly caught fish) and other amenities. The river may be brown, but from silt rather than pollution, and it is a safe area in which to swim for those who can get over the color of the water. 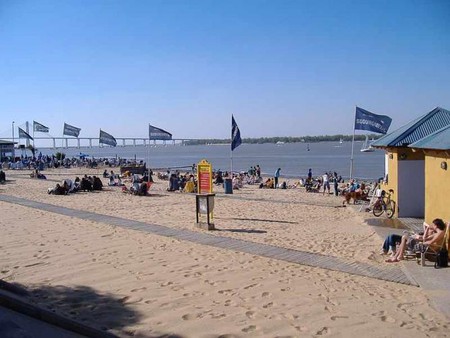 Several of the islands in the Paraná river, just off the shoreline of Rosario, have been turned into parks, of which Isla Espinillo is the most lively. It is home to various restaurants, bars and spaces to relax, as well as the opportunity to take part in some water sports, such as jet skiing and windsurfing. Visitors can take a ferry across to the islands from the Estación Fluvial (ferry station), where it is also possible to book boat tours and other activities.

Rosario’s central cathedral dates from the late 19th century, and can seem quite plain from the outside. However, the interior is ornately decorated, with carved marble columns, a delicately painted sanctuary, and stained-glass windows, many of which portray the history of the city. It is located in Plaza 25 de Mayo, which is considered to be the oldest part of the city and consequently is home to a number of other historic buildings, including the municipal building and central post office. Outside, there is a plaque that commemorates the resting place of the founders of the city from the early 18th century.