The Top 10 Things to Do and See in Buenos Aires

Argentina’s capital, long considered the Paris of South America, has a rich history in its own right. From popular attractions to little-known gems, there are a million and one sights to see in this metropolis, which, just like its inhabitants, never sleeps. Read on for the ten best things to do and see in Buenos Aires. 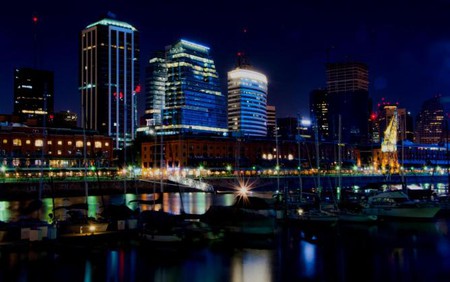 The stately, elegant barrio of Recoleta is home to the equally elegant eponymous cemetery, which gives the impression of a miniature city, complete with streets lined by beautiful stone mausoleums and monuments. Follow the crowds to find the grave of Argentina’s most iconic First Lady, whose mausoleum is generally covered in flowers from visitors.

La Boca, home of beloved local football team Boca Juniors, is a neighborhood bursting with life and color, particularly on its most famous road, El Caminito. Peek into the myriad shops selling blue and yellow Boca Juniors apparel as well as sky-blue and white Argentina national team jerseys –generally emblazoned with the names and numbers of legends like Maradona and Messi – and admire the brightly hued houses nearby (don’t veer off the main roads here, though; the area is rough around the edges). 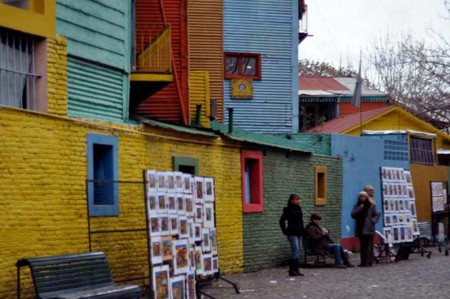 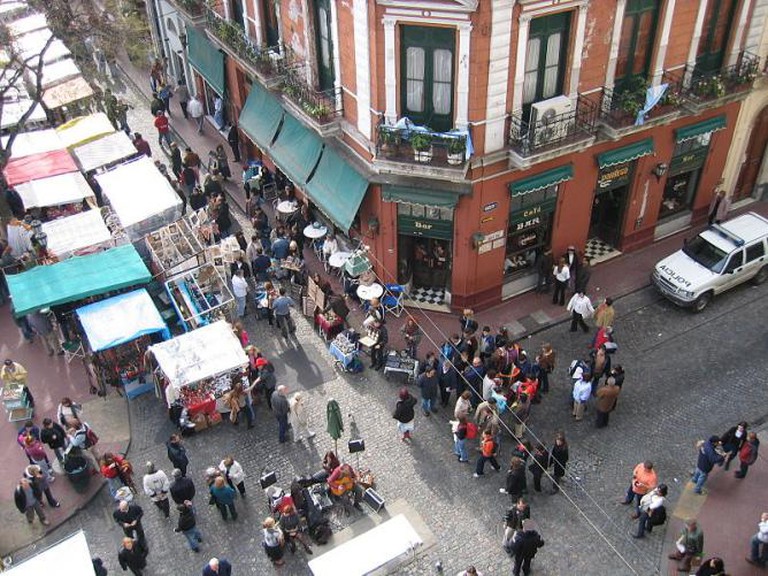 San Telmo Market | © Marianocecowski/WikiCommons
From clothing to antique housewares and souvenirs to artisanal crafts, San Telmo’s outdoor weekend feria has it all. Nibble on an empanada or an alfajoras you peruse the wares at the market’s assortment of stalls. San Telmo is the oldest barrio, or neighbourhood, in Buenos Aires, and its cobblestoned streets are ringed with beautiful old homes and churches as well as contemporary art spaces and cafés.
Open In Google Maps
120 Defensa, Monserrat Buenos Aires, C1065, Argentina
+541135755640
Visit Website
Give us feedback

Get cultured at MALBA 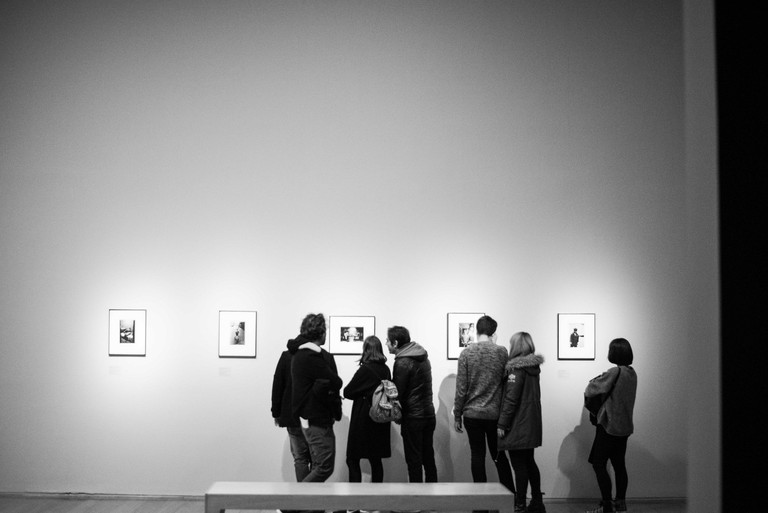 Culture vultures at the MALBA | © Juan Bello / Flickr
MALBA, or the Museo de Arte Latinoamericano de Buenos Aires, is Argentina’s premier contemporary art museum, featuring pieces by iconic Latino artists including Frida Kahlo and Diego Rivera as well as lesser-known local talents. Set aside a couple of hours to explore this sprawling art wonderland, and come away with an improved knowledge of the Latin-American art scene of the past century.
Open In Google Maps
3415 Avenida Presidente Figueroa Alcorta, Buenos Aires, Argentina
+541148086500
Visit Website
Give us feedback

Argentina is known for its love of polo, and visitors to the country during the prime playing season, September to November, are in luck: November sees the Argentinean Open occur at the Campo Argentino de Polo in the swanky area of Palermo; viewing a high-level polo match is quite the experience.

Grab coffee at a historic hangout

Swing by the legendary Café La Biela for a café con leche just like Argentinian literary heroes Borges and Casares used to – note the life-size statues of the two authors sitting at their preferred table. With impeccable service and old-school style, this legendary cafe remains a Buenos Aires institution.

Get immersed in nature

The Reserva Ecólogica Costanera Sur is a lush and verdant stretch of nature in the middle of the city, offering trails for walking, running and cycling, four lakes, as well as more than 200 types of birds and other wildlife. Whether you’re into bird-watching, exercising, or simply enjoying a bit of sunshine, take some time out to relax in this nature reserve.

Learn about politics in Microcentro

Buenos Aires’ downtown area is home to La Casa Rosada, the official presidential residence, which is a wonder in pink opulence. After taking in the view of the building, and its splendidly-dressed guards, take a walk around Plaza de Mayo, where demonstrations and protests frequently occur. Visitors on a Thursday will see the Abuelas de Plaza de Mayo, who have been stalwarts on the plaza since the Dirty War of the 1970s.

When in Argentina, try out tango dancing, or at least watch the professionals. While undoubtedly a touristy experience, the tango show at Bar Sur in San Telmo features top-notch dancing and a small, cozy venue, making the entire experience feel authentic and intimate.

Have a night out in Palermo

Don’t miss Crobar, a boliche or nightclub located under a railway bridge in Palermo, which brings in all sorts of big-name international DJs, or head to Niceto Club, which hosts an iconic Thursday night event comprising everything from techno music to cabaret to break-dancers. Don’t try to show up to a nightclub before at least 2am, though – they’ll be empty until then.