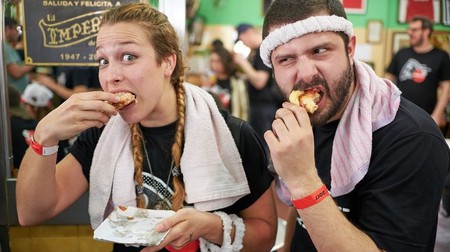 Every year, around 1,500 people participate in a competitive race… for pizza. And instead of running, they just walk. And fine it’s not really a marathon either, as the entire course is only 3 miles—but it is a marathon of pizza eating. Welcome to Buenos Aires’ pizza culture frenzy.

Argentina may be known for its meat and over the top asados, but Buenos Aires takes pizza to a whole new level. Some even say that, by the number of pizzerias in the city, it should be crowned as the pizza capital of South America. Asado may be a great option for special occasions, but when a porteño goes out for a casual bite with friends, pizza is the default option.

This passion for bready crust with tons and tons of cheese (the Argentinian spin on the dish from their Italian ancestors) not only materializes in the ample selection of pizza places spread throughout the city but in a peculiar new tradition: the Muza 5K. This marathon-of-sorts spans 3 miles (5 km) across Corrientes Ave., where the “runners” can pick a slice of pizza from some of the most famous spots in Buenos Aires. 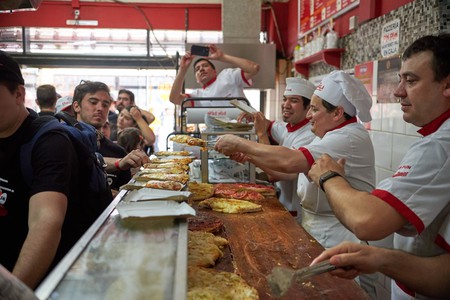 Argentine pizza is unlike any other in the world. It draws from its Italian heritage but has a thick, spongy base and a bready crust, with lots and lots of cheese. | © Muza5k & Paté de Fua

Almost a dozen pizza locations along the Muza 5k route present their unique slices of Buenos Aires’ famous take on the Italian dish. Though the “racers” get to indulge in the eating marathon, it’s really the pizza joints that compete and have an awards ceremony. When it all ends, a vote is held and the best restaurants are crowned in categories such as “best mozzarella pizza,” “best service,” and even “best place to hang out with friends,” among others. Participants do the voting, and the categories can get very specific such as “best place for taking someone on a date,” “best place for a midnight snack,” and “best place for taking a tourist,” to name a few more. 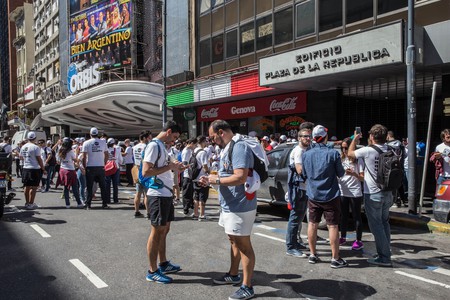 #Muza5K, as it’s known online, has occurred every September since 2012. This peculiar event gathers hundreds of “athletes” (just over 1,500 in 2017) that spend an afternoon meandering from pizzería to pizzería and testing their different versions. The boldest enthusiasts even gulp down the cheesy slice with moscato, a popular Italian wine traditionally served with pizza in Buenos Aires. Despite its name, the event looks more like a parade than a marathon, according to its creators.

The event was created by a group of friends who couldn’t decide what was the best pizza place on Corrientes Avenue, so organizing a multitudinous marathon seemed like the right thing to do to put the question to rest. It quickly gained traction on social media and even the first event had a few hundred people joining them in their quest for the cheesy truth. 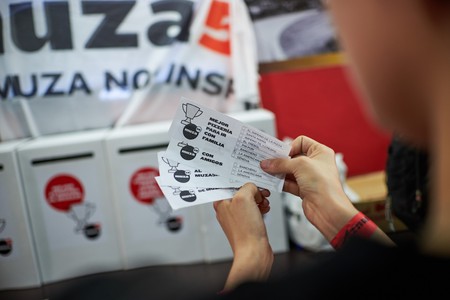 Winning as the crowd's favorite every year is no easy feat when faced with the demanding taste of the Muza 5K runners. | © Muza5k & Paté de Fua

People from all over the country happily cheer the pizzeros that run these joints. Inside, hot slices of pizza disappear from the counters as the athletic diners devour them. In the end, it doesn’t matter who wins as long at the world gets to know where the best pizza is. It’s exactly the kind of party that the Buenos Aires’ specialty deserves. 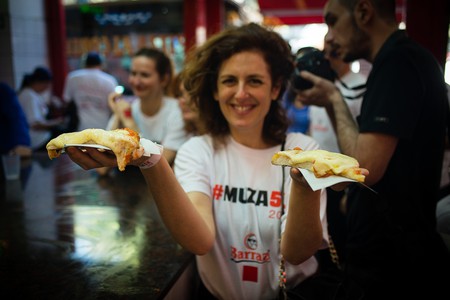 Make sure to check out this year’s Muza 5K in late-September.