The Most Influential Female Artists from Argentina You Need to Know 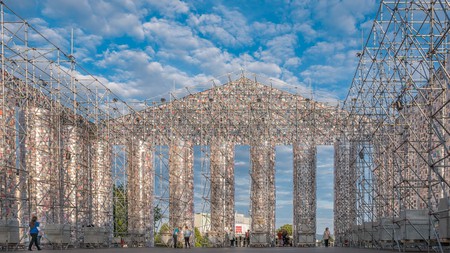 Argentina is one of the epicentres of the South American art world. In everything from street art to conceptual art of the 1960s and contemporary art today, Argentina, (and Buenos Aires in particular), is often at the forefront of setting trends when it comes to Latin American art, and women often spearhead these artistic movements. We check out who the most influential females of the Argentine art world are. 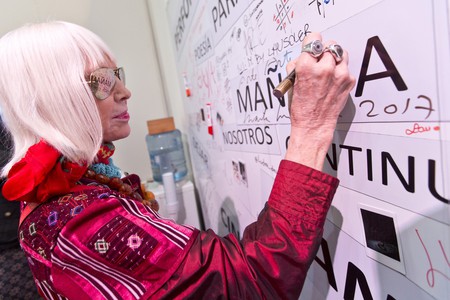 Marta Minujin made waves in the 1960s for her conceptual art and her “happenings”, which thrust her onto the world stage at a time when Buenos Aires was considered on par with New York in terms of the art world. At 73, she is still quite the character with her bleached hair, wacky outfits and huge sunglasses, and was a contributor to last year’s Documenta art fair and festival in Germany with her world renowned Parthenon of Books.

Sometimes referred to as the Argentine “Hello Kitty”, Pum Pum is a graphic designer-turned muralist and illustrator whose work graces not only the walls in the streets of Argentina, but also the walls of galleries. She is famous locally for her own particular brand of cute yet tough girls and boys, and is something of a local icon, with people collecting her artworks, prints and stationary with zeal. Check out her Instagram to see what she’s up to.

Ines Raiteri’s mix of architectural investigation and geometric composition results in the creation of artworks on canvas and paper, as well as site specific installations that interact with the spaces they are located in. Currently on show in the Recoleta Cultural Centre are her illuminated circles, which can be inhabited and played with by visitors to the exhibition. Check them out here.

Luz Peuscovich’s artistic trajectory has really taken off over the past twelve months, and has seen her invited to do artist residencies all over the world as far afield as China and India. She is a meticulous collector of flora and fauna, scouring forests, woods and shores for insects and plant life that she transforms into mesmerising installations that speak to the natural and cultural history of the locations they are sited in.

Leila Tschoop is a visual artist whose graphic style is bold and playful. Using simple figurative imagery, minimal geometrie or pared back architectural perspectives, Tschoop’s work plays with depth, patterns and layers to create optical delights that draw the viewer in with a mix of colour blocking and skewed sight lines.

Pop artist and fashion designer Delia Cancela was a big deal in the 1960s, when she was an Argentine alumnus of the pop art movement, using images of Elvis Presley in her work. She was part of the famous 1964 exhibition “New Art of Argentina” organised by the avant garde Instituto Torcuato Di Tella, and went on to live in both New York and Paris and exhibit her work internationally.

Nina Kunan works across a broad array of artists’ genres, from murals to canvasses and metalwork. Her haunting, expressive works echo cloud formations, explosions or plumes of smoke, depending on your reading. Mixing frayed and ripped canvas stretched over welded metal to create a tension between the materials, her work is evocative and hauntingly powerful.