The Best Ways to Spend New Year's in Argentina 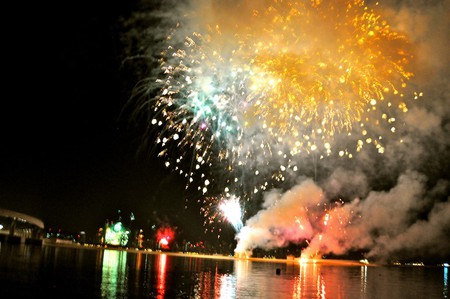 Ringing in the New Year in Argentina can be a blast, and there is no shortage of options when it comes to finding somewhere to celebrate the transition from one year to the next. We round up the best experiences you can have in Argentina on New Year’s Eve.

Argentines are generally very open, friendly and generous, and there is no better bunch of people with whom to celebrate the end of one year and the start of another. If you are lucky enough to know some locals, try and spend New Year’s Eve with them to get a real taste of how the natives celebrate. New Year’s, like Christmas, is a fairly low-key, family affair, and the night really revolves around eating and drinking. If you are in the city, it is common to go out on the town after you have eaten dinner with your relatives. 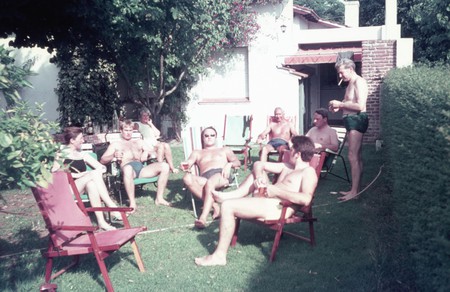 Hanging with the amigos in a quinta | © foundin_a_attic/Flickr

A staple of New Year’s Eve pretty much anywhere in the world, celebratory fireworks are popular with Argentines, and they really pull out all the stops on New Year’s Eve. If you are in a city, try and get up high on a roof terrace to watch the fireworks light up the sky when the clock strikes 12, and say “Feliz Año!” to those around you. If you are spending New Year’s in the capital Buenos Aires, you can go down to Puerto Madero, the city’s most important port, on the banks of the Rio de la Plata, and see the fireworks that are put on by the city government shoot over the river. Alternatively, if you are in the country, most people will bring their own fireworks and set them off in the garden

Head Out to the Country 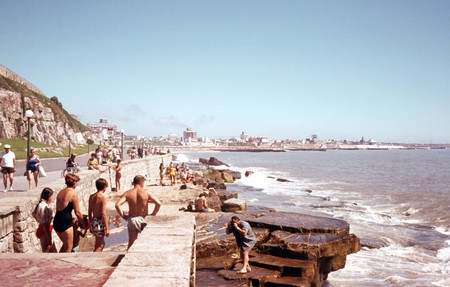 Head out to the coast for New Years | © foundin_a_attic/Flickr

As January is when the summer holidays begin, most Argentines try to leave the city around this time to spend a month or two in the country. Whether you decide to head down the coast to places such as Mar del Plata, Pinamar or Miramar, or across to Uruguay to Punta del Este or Cabo Polonia, getting out of the city is one of the best ways to spend New Year’s Eve. Renting a quinta, or country house, for a few days is easy in Argentina, as there are plenty dotted around the pampa, or grassy flatlands, that occupy massive swathes of the country. Head to the hills of Cordoba for an idyllic country experience.

Go to a Street Party in Palermo

If you decide to stay in the big smoke, one of the best things you can do is head down to the Palermo Hollywood intersection of Gorriti and Ravignani and go to the free street party that happens there in most years. There will be a bit of a buzz going on in the city in the days leading up to the party, so you will hear through word of mouth more than anything about what time it will start. The bars that line the street often set up stands to sell drinks, and DJs spin danceable tunes from booths set up at street junctions. It is free and a good call if you don’t have any fixed plans.

Wake up in Patagonia 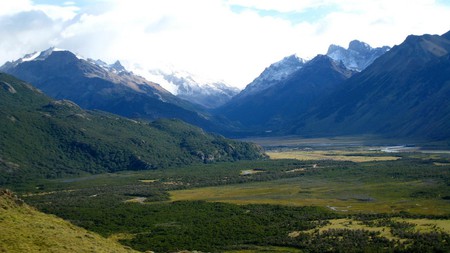 Marvel at the beauty of the world by heading down to the wilds of Patagonia for New Year’s Eve. Whether you are in El Calafate, El Chalten, Bariloche or El Bolson, waking up in a different year will seem all the more significant with the pure, mountain air and incredible landscapes you can find here. Just being in Patagonia reminds you of all the beauties that life holds, and what better time to appreciate being alive than in the New Year?

Ring in the New Year at the End of the World

Welcoming in the New Year in Ushuaia has to be a once-in-a-lifetime experience. It is the world’s southernmost city, and you will probably even get a bit of snow, even if it’s only atop a faraway mountain, to make it feel like the holiday season. Send a postcard from one year that will arrive at home in the new one; Ushuaia definitely feels like a place that transcends the barriers of time and space.

Celebrate in the Shadow of the Andes 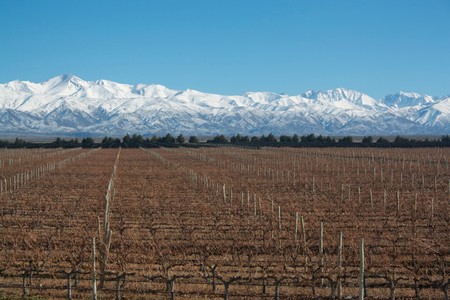 A Mendoza vineyard against the Andes | © John Floyd/Flickr

Spending New Year’s on a vineyard in Mendoza is sure to be a night to remember. Watch the sun go down over the imposing Andes mountain range in the background, and drink and be merry with some homegrown, world-famous Malbec. In the morning, see the sun rise over the mountains, and take a bike ride to usher in the new dawn against this stunning backdrop.