The Best Souvenirs to Bring Back from Argentina 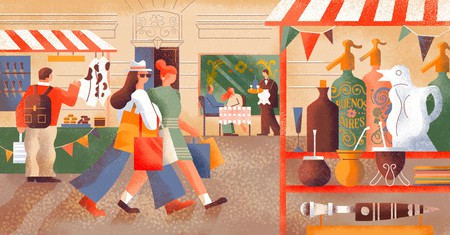 Argentina can be a bargain or a rip off, depending on the volatile economy and the ever-increasing inflation. However, there are some things that are priceless when it comes to souvenirs, and are a must-buy for anyone visiting this South American country. Here are the best souvenirs to bring back from Argentina.

Possibly the most Argentine gift of all, a mate gourd with a bag of yerba and the metal bombilla embodies everything that Argentina has to offer – artisanal wares, a culture of sharing, and a caffeine (or in this case matteine) injection to keep you going through those long days and nights. Buy a traditional gourd made from a hollowed and cured pumpkin, and indulge in this national infusion – which is also heavily consumed in neighbouring Uruguay – in the comfort of your own home with family and friends, bringing the taste of Argentina back with you. 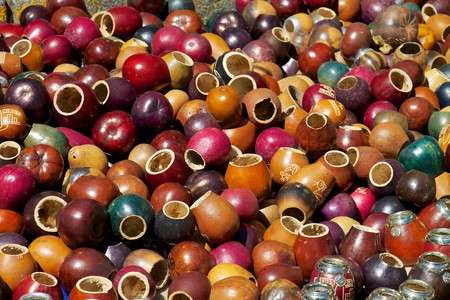 Pick up a mate gourd for your friends | © McKay Savage/Flickr

The ideal gift for anyone with a penchant for cooking – or anyone who fancies themselves a little bit of a cowboy – these knives have been used by gauchos for centuries out on the pampa as their primary tool, whether it be scraping mud off the hooves of their horse, preparing a meal, cutting down wood for a fire, or even cleaning their teeth. So there is really nothing more fitting for anyone who enjoys a bit of adventure in the outdoors than to give them Argentina’s version of the Swiss Army knife. They also come with cool wooden or bone handles, and a handy leather sheath to protect them.

If you have travelled lightly with a view to making some purchases in Argentina to take home, then it is imperative that you go back with a glass siphon, or soda bottle. However, if weight is an issue, you may want to avoid this typical Argentine gift, as they do weigh a lot. Nowadays plastic siphons are used in traditional Argentine restaurants, but reminders of customs past are visible at every weekend market, especially in that of San Telmo on a Sunday, where these glass siphons glint blue in the sun, just begging to be brought home. 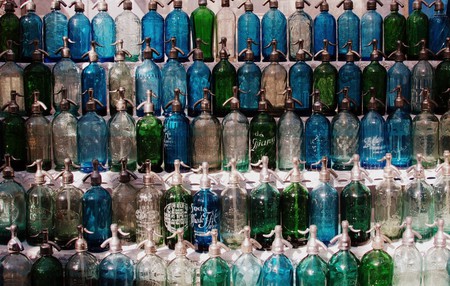 Glass soda bottles are a great gift if you can carry them! | © LWYang/Flickr

With the proliferation of cows and meat, perhaps it is no surprise that leather is one of the best products out there in Argentina. Comparatively, leather is very reasonably priced and of good quality, so head to Villa Crespo to the leather outlets to get a customised leather jacket made, or simply pick up a cute wallet for a friend back home.

In the event that you aren’t able to bring half a cow home with you, if you want to treat your friends and family at home to the taste of Argentina, bring them alfajores. These biscuit/cakes are a staple of Argentine society, just as popular with school children as they are with grandparents. Havana make the most iconic alfajor, and they have a variety to choose from. Get the traditional alfajores dunked in chocolate and filled with dulce de leche, or the ones made from maizena, or corn startch, for a real Argentine treat. 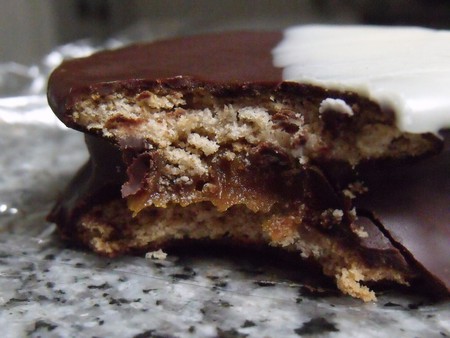 This quirky little serving jug in the shape of a penguin has become a symbol of Argentine culture. Clearly taking its form from the friendly inhabitants of Patagonia, the Magellanic penguins, the pinguino also has connotations with traditional Argentine customs, namely family dinners in the 1950s and, of course, the consumption of wine, which is often served in pinguinos. Pinguinos come in many forms, and some are painted and even given little shirts and waistcoats. Buy a plain one and paint it yourself for maximum souvenir effect.

Perhaps this is a better gift for people familiar with Argentine history and culture and who, of course, speak Spanish. This iconic comic book was released during the dictatorship and provided an innocent commentary on the state of the nation, and has since become a national treasure. Available in all bookshops, and in antique fairs and markets, the Mafalda comics are a piece of Argentine history and a really great souvenir.