The Best Ski Tours in Argentina 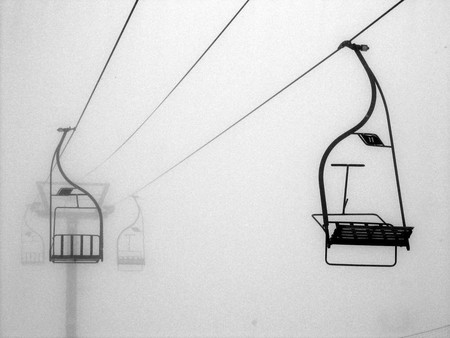 Check out the ski scene in Argentina | © Rodrigo Suriani/Flickr

While Argentina might be more well known for meat and Malbec than its ski scene, there are in fact many fantastic ski resorts all over Patagonia and Mendoza. We check out some of the most popular resorts in Argentina, and some of the best ski tours on offer.

Bariloche’s Cerro Catedral is Argentina’s most popular ski resort, and one of the most well known in the whole of South America. Located in the Seven Lakes district of Patagonia, it is one of the most picturesque places on the planet, named for its Gothic-looking granite peaks, as well as being world renowned for its incredible ski conditions in winter. Its 53 trails offer a range of runs to suit all levels of experience, but for adventure skiers looking for off-piste adventures, half of Cerro Catedral’s 3,000 acres is backcountry terrain, perfect for exploring this incredible high-altitude territory in all its splendour. Check out this week-long tour which offers beginner and intermediate skiers the chance to explore Bariloche’s backcountry. 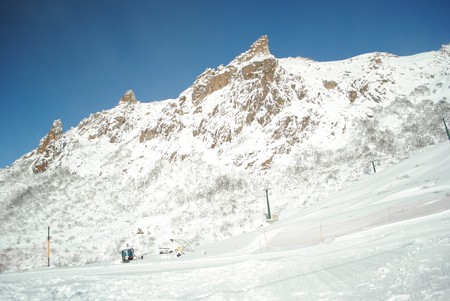 Las Leñas is the go-to ski resort for those thrill-seekers looking for that hit of adrenaline. With one of the highest altitudes of any ski resort on Earth, Las Leñas is located in Mendoza province and, as with all ski resorts in the Southern Hemisphere, it is located above the treeline, so it has a completely open topography and some of the steepest runs that can be found anywhere. Its exposure does mean that the higher runs can be closed or inaccessible in bad weather conditions, but there are plenty of intermediate and beginner’s slopes lower down if the higher tracks are closed. Las Leñas is popular with off-piste skiers, who come for the virgin powder and challenging chutes, bowls, and runs that are located off the famous Marte lift.

This Mendoza ski resort has over 740 acres of skiable area and was built in 1979 against the backdrop of the towering Mount Aconcagua, the highest peak in South America and outside Asia. Offering skiers and snowboarders 28 trails accessed by eight lifts, Penitentes is ideal for skiers of all levels, from beginner to advanced. The highest point is 10,480 feet, with a drop off of 2,014 feet. For the daredevils out there, heli-skiing is available, allowing thrillseekers to experience some of the best dry and compact powder snow in any of Argentina’s many resorts. Check out this day-long tour to this Mendocino ski resort. 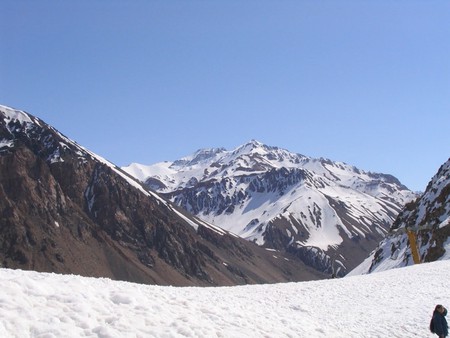 This ski resort, located against the spectacular setting of the Lanin Volcano and the crystal water of Lake Lacar near San Martin de Los Andes, is one of the most impressive in the country because of its natural surroundings. One of Argentina’s more modern resorts, it has 346 acres of skiable terrain with 22 trails of varying degrees of difficulty that cater for all levels. For more advanced skiers, the options aren’t quite as blood-pumping as that of Las Leñas, but there are still some good off-piste and backcountry options higher up beyond the treeline. Chapelco is extremely family friendly, and the resort offers a wide range of activities for families and children, such as snowshoeing or dog sledding. Check out these kids classes to get your little ones up to speed.

This ski resort at the End of the World in Ushuaia is popular with local skiers, but has become more popular with international guests over recent years due to its location in Tierra del Fuego, offering tourists the opportunity to both ski and explore this southern Patagonian city and its surroundings. Cerro Castor is situated at the junction of mountains and sea, and its base lies at 640 feet above sea level, while its peak adds another 2,790 feet. This seven-day ski tour offers five days of skiing with a heli-skiing option, as well as some time spent exploring the city of Ushuaia and the surrounding countryside and glaciers. 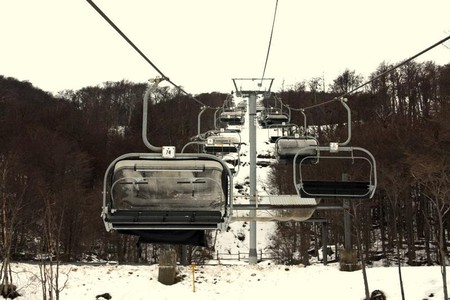 Cerro Bayo in Villa la Angostura was once a low-key locals’ ski hill, but has grown in recent years to become something of an exclusive boutique ski resort. Located in the beautiful Patagonian setting of the Seven Lakes district near Bariloche and San Martin de Los Andes, Cerro Bayo is surrounded by dense forests and affords skiers views of the blue lakes below. Cerro Bayo has 200 acres of skiable area, and 16 lifts and 25 marked pistes. Off-piste areas are also plentiful and will make powder seekers believe they have died and gone to heaven. Check out this list of tours that include Cerro Bayo in the Bariloche area.

One of the original ski locations in the country, locals used to frequent La Hoya to take advantage of the snowfall on the valley near the city of Esquel in the Chubut province. This resort is well known for the powdery snow that collects in the basin of the Andes, but it is relatively small by even local standards, with a skiable area of 150 acres and 24 trails, the longest run being three miles. La Hoya is perfect for families with children, although there are some options for advanced skiers, but La Hoya really shines as a ski resort as opposed to an off-piste paradise. Some of the tours on this list include La Hoya in their itinerary. 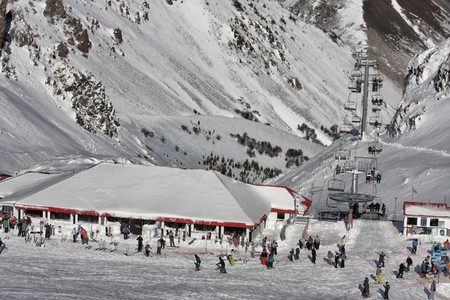