The Best Places to Go on a Ski Season in Argentina 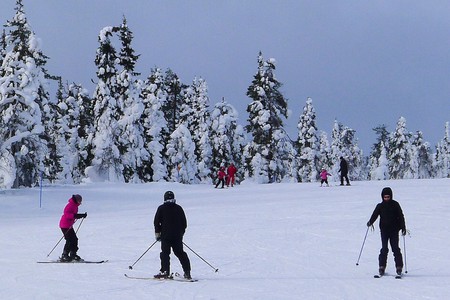 Check out the snow in Argentina | © Timo Newton-Syms / Flickr

Seasonaires often spend the year chasing the snow, and when the ski season is over in the northern hemisphere in the USA and Europe, many ski bums head south in search of fresh powder and another winter on the slopes. So where are the best places do a ski season in Argentina?

Although there are many ski resorts in Argentina, many of them are small and employ only locals, as much of the economy is generated by tourism, both local and international, to these small mountain resorts. The two biggest resorts in Argentina are the Cerro Catedral resort in Bariloche and Las Lenas in Mendoza. However, many report that due to the size of Las Lenas, spending an entire season here can prove difficult, so Bariloche is really the only viable option for seasonaires looking to shack up in Argentina for the southern winter. Ski season in Bariloche is from mid-June to mid-October, depending on conditions. 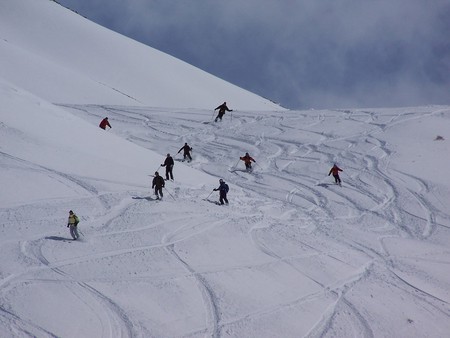 Unlike doing a ski season in Europe or the USA, or even in New Zealand, it is difficult to get work as a foreigner in Argentina, though not impossible. Ski resorts refer to give jobs to locals, but if you have a few languages under your belt, are persistent and get there early, you can secure yourself a job. Most of the operations jobs within the resort, such as operating lifts, working in bars, restaurants and hotels, are snapped up by Argentines, but there are good opportunities for foreigners to work as ski or snowboarding instructors. If you are qualified to a PSIA level 2, it is likely you can find a job as an instructor, as long as you speak Spanish. However, if you do manage to pin down a job, you will probably not be making as much as an equivalent job in more developed areas of the world, so many people choose to save up and spend the season skiing instead of working. Prices in Argentina are not as cheap as they used to be, so this may not be an option for everyone.

The snow in Argentina is often compared to that in New Zealand, but the snowfall can be unpredictable, and as Bariloche is located in Patagonia, it comes with Patagonia’s errant weather, which can change hourly. The inches can at times be paltry, and if there is a spell of rain, this can close some runs or even the entire resort. Keep an eye on online snow reports to follow the weather patterns.

Cerro Catedral is Argentina’s most popular ski resort, and attracts hoards of locals and foreigners every year to tackle its slopes. The resort itself is located 20 kilometres (12 miles) from the city of Bariloche, making it easy for seasonaires to get to and from Cerro Catedral. The resort is known for its stunning views of the surrounding lakes, which are breathtaking in their beauty when the region is covered in snow. Cerro Catedral subscribes to Argentina’s customary late-night starts and even later endings, so make sure to take a siesta after a day of skiing before you head to the madness of a late apres-ski. We’re talking about a 1am start in the clubs, finishing up at around 6am on a standard night.

Due to the proximity of the resort to the city, most seasonaires choose to stay in the city of Bariloche itself. This allows them the freedom to move around the city as they wish, and to benefit from the nightlife and culture found in the built-up centre, as opposed to the limited options within the resort itself. Airbnb has plenty of listings in Bariloche, and rates for the season can be negotiated with the owners. Alternatively, Bariloche has many hostels where people can spend a few months, and even potentially exchange a bed for light labour in the bar or reception if they are not working in the resort. 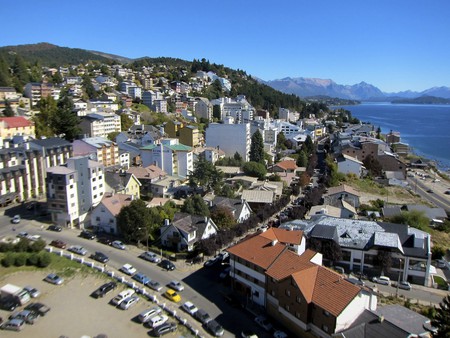 On the days that you are not skiing, there is plenty to do in and around Bariloche. Although hiking and trekking are perhaps best done in the summer, if you want to see the incredible Patagonian countryside of the lake district, there are lots of options for cross-country skiing and snowshoeing. 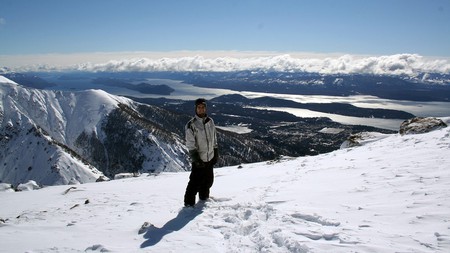 The nightlife in Bariloche is also a big draw for travellers to the region, and in winter, many youngsters head to Bariloche to celebrate their graduation from high school, packing out the clubs and bars and making this mountain town a veritable hotbed of giddy activity, perfect for foreign seasonaires who want to make new friends.