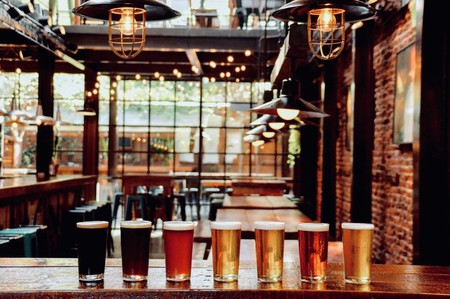 Mar del Plata is a coastal city in the province of Buenos Aires, Argentina, and it’s famous for its beaches and nightlife. In the past twenty years the city experienced a boost of breweries, and is now recognized as the capital of Argentinian craft beers. Here are the best breweries and bars you should try next time you visit Mar del Plata for a taste of the best beers in the country. 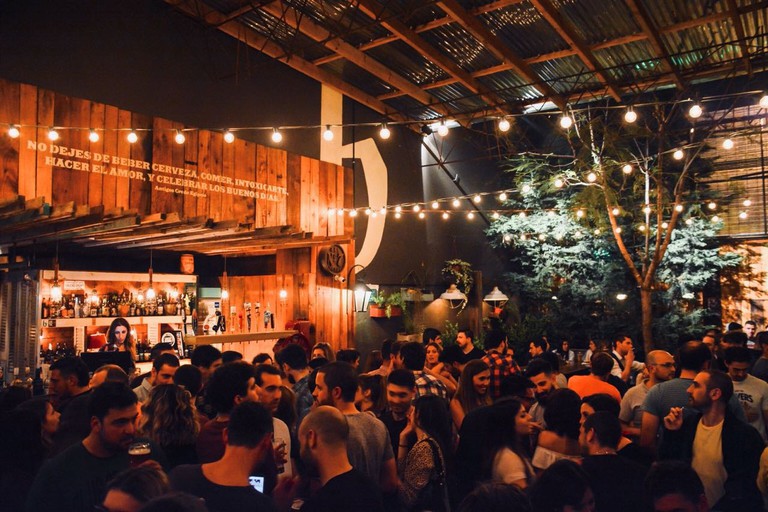 The best bar in Mar del Plata is at the corner of Mitre and San Lorenzo Street, in a brick house built in 1926. Brüder opened in February 2014, becoming the first Beer Garden with multi taps from several Argentinian breweries. The bar has a total of 21 rotating taps and also sells growlers. Ask any of the well-informed bartenders for their recommendations and they will expertly help find the best beer for you. Sit inside or outside and enjoy their delicious food. From ales to IPAs and stouts, you’re sure to find your favorite craft beer at Bruder. 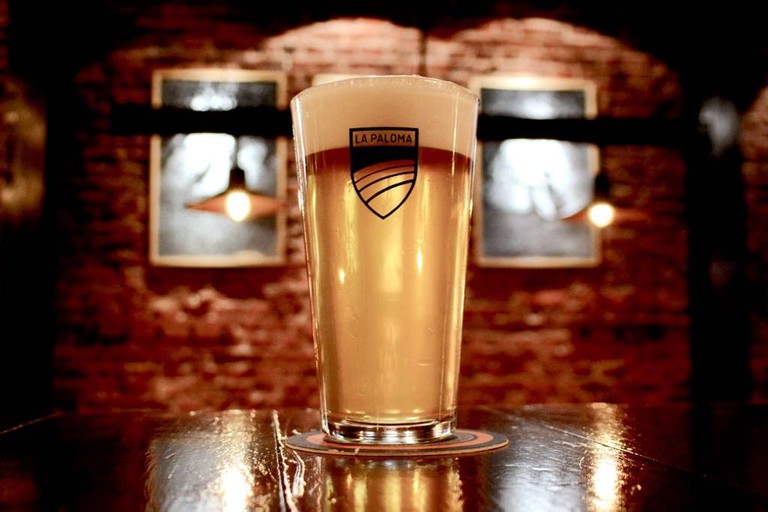 In the heart of Olavarría Street, La Paloma Brewing Company offers delicious food paired with the best craft beers from Argentina. Its decor is inspired by barns with several pictures hanging on its brick walls. In regards to ambiance, music lovers can come here to check out jazz, blues, indie rock and reggae. La Paloma offers the best selection of beers, including award-winning Amber Ale (bronze medal at the Argentinian Cup), Golden Coffee Ale, and many others. It has a total of 15 rotating taps. This brewery also sells growlers and mini kegs. 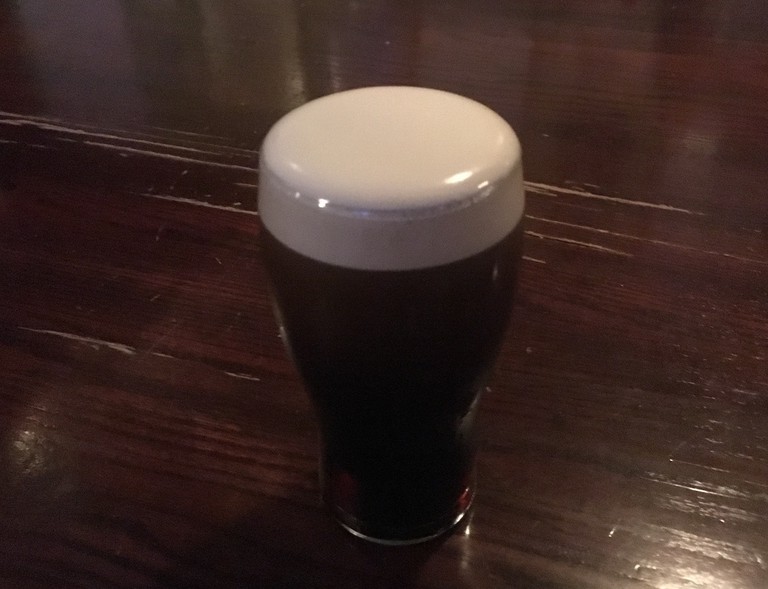 Antares Brewery prides itself in being one of the first breweries in the city. The first craft ale bar opened on Cordoba Street on December 19, 1998. Now, they distribute beers all over the country, including La Plata, Mendoza and Campana. In Mar del Plata, you can also visit the factory and learn about the brewing process. In Antares Mar del Plata Güemes, you can enjoy all types of beers as well as delicious food. Locals’ favorite dish here is the brewery’s well known “papas Antares” which are fries with a special cheese sauce, bacon and green onions. Beers on tap include Kölsch, Scotch, Porter, Honey Beer, Barley Wine, Imperial Stout, Cream Stout, India Pale Ale (IPA) and Playa Grande. Antares also has rotating taps approximately every twenty days. Enjoy a pint straight from the brewery at Bar de la Fábrica or head to the other three locations: Antares Córdoba, Antares Constitución and Antares Playa Grande.

Glück has been awarded the gold medal for their Irish Beer. They have an ample selection of beers, including Imperial Stout, IPA, Faro, Salvaje and Homero. Their owners can help you choose your favorite pint in any of the three locations in Mar del Plata. Visit Glück Olavarría, Glück Yrigoyen or take a tour at Glück Brewery. Be sure to try their amazing pizzas.

This brewery started as a dream pursued by two brothers. In 2013, Cheverry‘s Blonde Ale won a silver medal, and in 2014 they won a gold medal with their Barley Wine. After that, numerous prizes followed, which makes this brewery the perfect spot for beer lovers. Try their Belgian IPA, Black IPA and winners English Brown, Porter and Barley Wine. 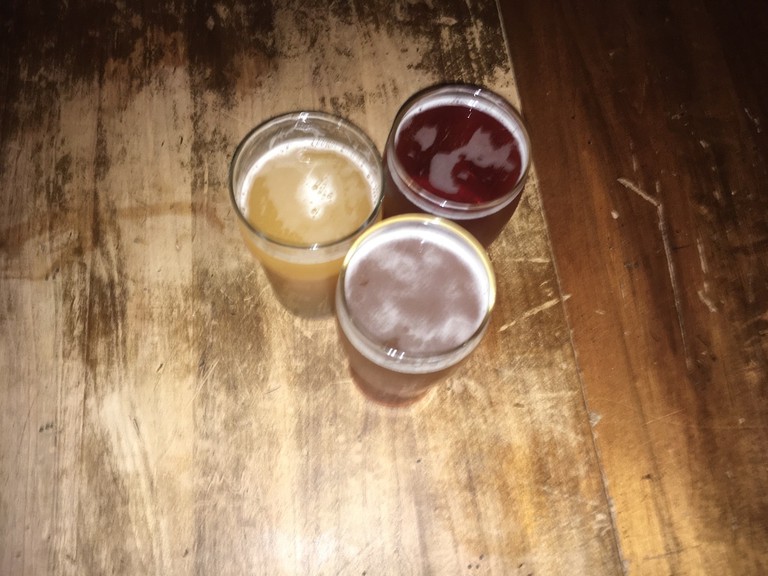 Baum. | © Pam Flores-Lowry
Baum started brewing in Mar del Plata in 2009. Now, they have over 10 bars scattered across the country and four locations in Mar del Plata. Baum Olavarría is a locals’ favorite spot in an established area filled with high-quality restaurants and gastropubs. This brewery has five beers on tap and a varied menu. The most popular craft beers on tap are Blonde, Porter and Scottish. It also offers indoor and outdoor tables for its customers. It’s a great place for groups; you can make a reservation, but walk-ins are also welcomed.
https://www.instagram.com/p/BdU3ZgiBOBB/?hl=en&taken-by=baumfabrica

Bar, Craft Ale Bar, Argentina, American, $$$
Facebook
Email
Twitter
Pinterest
Copy link
Share
Amarre is a relative newcomer in the bar scene and quickly became a popular spot for locals. Come to this bar to try craft beers, drinks and enjoy local, live music. Amarre also offers great deals on Wednesdays, karaoke nights and soccer nights. Take a look at their varied menu and try their pizzas and burgers. Be sure not to miss the place—it looks hidden, but don’t hesitate to open the door!

Craft Ale Bar, Argentina, American, $$$
Facebook
Email
Twitter
Pinterest
Copy link
Share
Ogham is a craft beer bar located on Olavarría street with an ambiance reminiscent of Irish bars. Check out the open-air rooftop in summer, or cozy up inside for warmth in winter. Their beer selection includes a fabulous imperial IPA that is highly recommended. Visitors can also enjoy outdoor seatings and DJ sets on the weekends. Visit Ogham’s other location on Córdoba street for a full experience.
https://www.instagram.com/p/Bkity3FhRO2/?hl=en&taken-by=oghammdp
Give us feedback