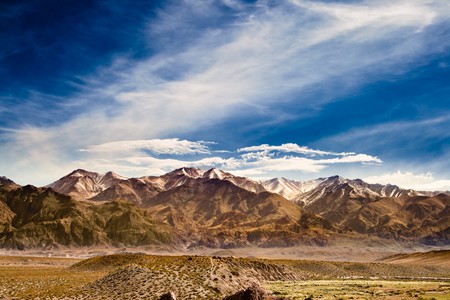 Mendoza is perhaps best known as Argentina’s premier wine region. Situated at the foot of the Andes, the mountainous climate is perfect for the cultivation of grapes, but the region’s unique geography also makes it an ideal place to go hiking and trekking in the foothills around the city. We check out the best hiking spots in Mendoza.

One of the most popular hikes around Mendoza, Cerro Arco is a well-worn path because of the ease of ascent, its proximity to Mendoza city, and the views afforded from the top of the hill. The quickest route takes about three hours to complete, and as such is ideal for families with kids, beginners, or older people who perhaps may not feel up to braving longer hikes. Cerro Arco is located close to the town of El Challao, from where many of the top hikes in Mendoza can be started. There is no shelter along this route, so be sure to bring water and sun protection in summer, and waterproofs if rain is forecast. 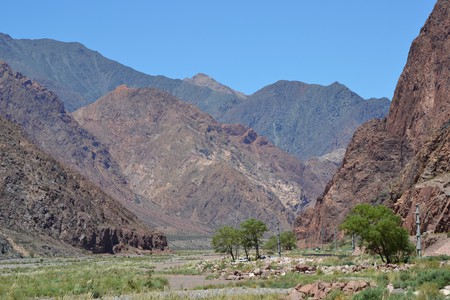 Another trail situated close to El Challao is Cerro Aspero, a moderately difficult route that can be undertaken in three stages, the first one taking about an hour-and-a-half, from when you start to rise through the second part over undulating hills until reaching the final ascent, which is a steeper climb to the summit. The entire climb to the top of Cerro Aspero takes about three-and-a-half hours, but it is recommended that you be in good shape before undertaking the climb, and to bring hiking poles. The route is marked along the way and gives you great views over Mendoza city.

This trail is often hiked as part of the Tres Quebradas route, and follows the route taken that leads towards Cerro Arco, before breaking off to head towards Santo Tomás. This point sits at approximately 5,500 feet above sea level, and is better suited to those of relatively good fitness. It is possible that you will see some native wildlife along the way, so keep an eye out for guanacos and foxes. 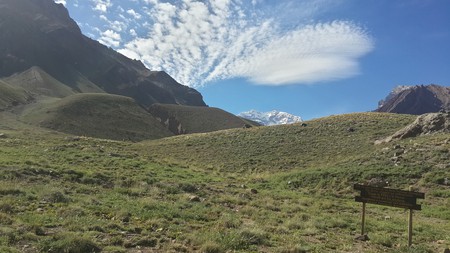 Continuing on from Santo Tomás you will come to the next stop on the Tres Quebradas route, El Gateado. At nearly 7,000 feet above sea level, El Gateado is the highest point on this route, and although the trail is only moderately difficult, its ascent requires a lot of aerobic activity. It can also be hiked as an add-on to the traditional Cerro Arco route, extending this hike by a further three hours, doubling back along the same trail.

The La Cadenita hike starts in the Vallecitos ski resort, which is at approximately 9,600 feet above sea level. From here, you ascend through the valley created by a stream that cuts through the Mendocino mountains. Before long, the green landscapes give way to the arid mountains until you reach a lookout point which gives an incredible view of the Cordon del Plata mountain range. Continuing on you will hit a number of peaks in quick succession, including Lomas Blancas and El Estudiante before finally finishing at Cáucaso. 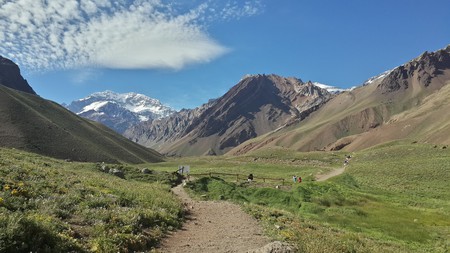 The Cascada del Salto trail is located in the Potrerillos district of Mendoza in the Andean foothills, which is also known for being within the Luján de Cuyo, one of the region’s most important wine-producing areas. Heading from the town of Salto, make your way through the Potrerillos valley on an ascent of approximately 2,000 feet until you reach the Salto waterfall at the end of the trail.

Los Penitentes is another of Mendoza’s ski resorts from where you can undertake hikes on one of the area’s many trails in spring and summer. The Cerro Penitentes route approaches the ski resort through the Quebrada de Vargas and is of moderate difficulty and requires an overnight stay in the campsite. The second half of the hike towards the summit is a steep climb, so bring hiking poles and make sure you are in good health before attempting the climb. You also get a great view of Mendoza’s famous Mount Aconcagua.