The Best Hiking and Trekking Spots Near Salta, Argentina

Tilcara | © Carlos Henrique/Flickr
We’ve all heard of the hiking trails of Patagonia that traverse lush green valleys between towering snow-capped peaks. However, the stunning treks of northwest Argentina remain largely unknown, a land of rugged and barren scenery which is the polar opposite of the south. Here are our picks for the best hikes in and around Salta.

For unbeatable views of the city below, hike up to the top of San Bernardo Hill just a short way east of the city center. Although relatively short, it’s a decent workout with over 1,000 steps to contend with. Thankfully, those of us with fragile knees can opt to take the cable car on the way back. 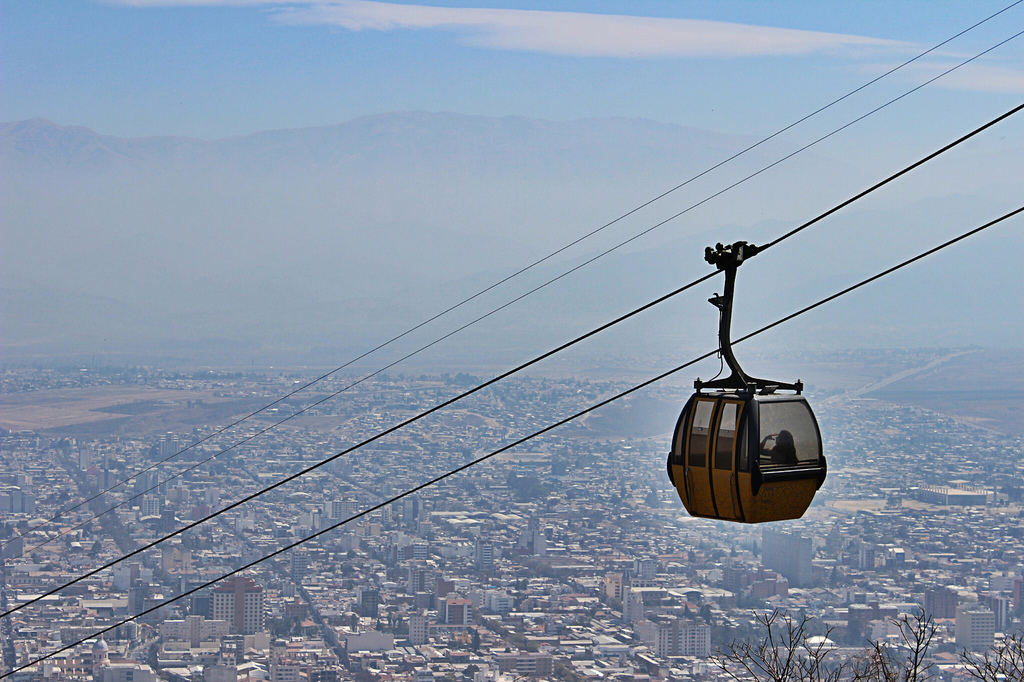 About 20 minutes drive from the center lies the affluent suburb of San Lorenzo, a leafy green neighborhood with a lush nature reserve that serves as a popular local weekend escape. Upon entry, the ticket office of the Quedabra de San Lorenzo Reserve provides a map of its numerous trails through a low altitude Andean forest known as the yungas. After working up an appetite, check out El Castillo de San Lorenzo just outside the reserve for an unforgettable Argentine feast. 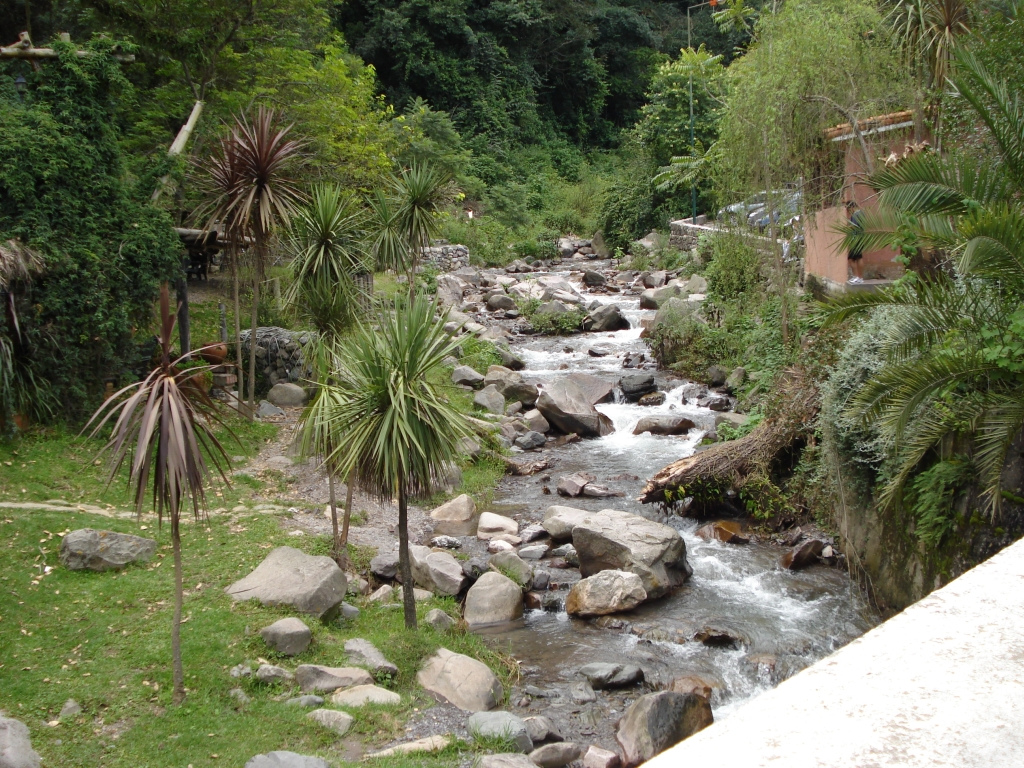 The Cerro de Siete Colores (Hill of Seven Colors) can be seen from pretty much anywhere in the small northern town of Pumamarca. Having said that, the best way to appreciate its beauty is a walk around its perimeter, an easy hike that takes around 90 minutes or so. Go early in the morning to best admire the profound shades of this heritage listed geological marvel. 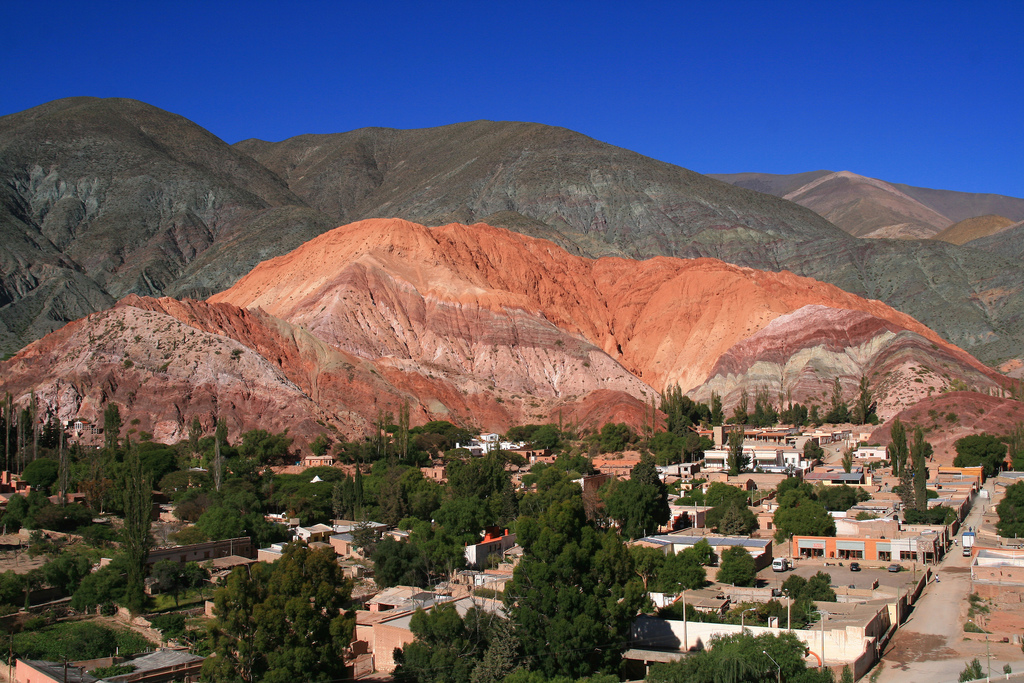 Take the dirt road east out of Tilcara and follow it for about two hours through a cactus lined valley to reach the Cascada de la Garganta Del Diablo, a pleasant waterfall in a canyon that feels remarkably out of place in this sparse arid region. Unfortunately, there’s no circuit road so just head back the way you came. 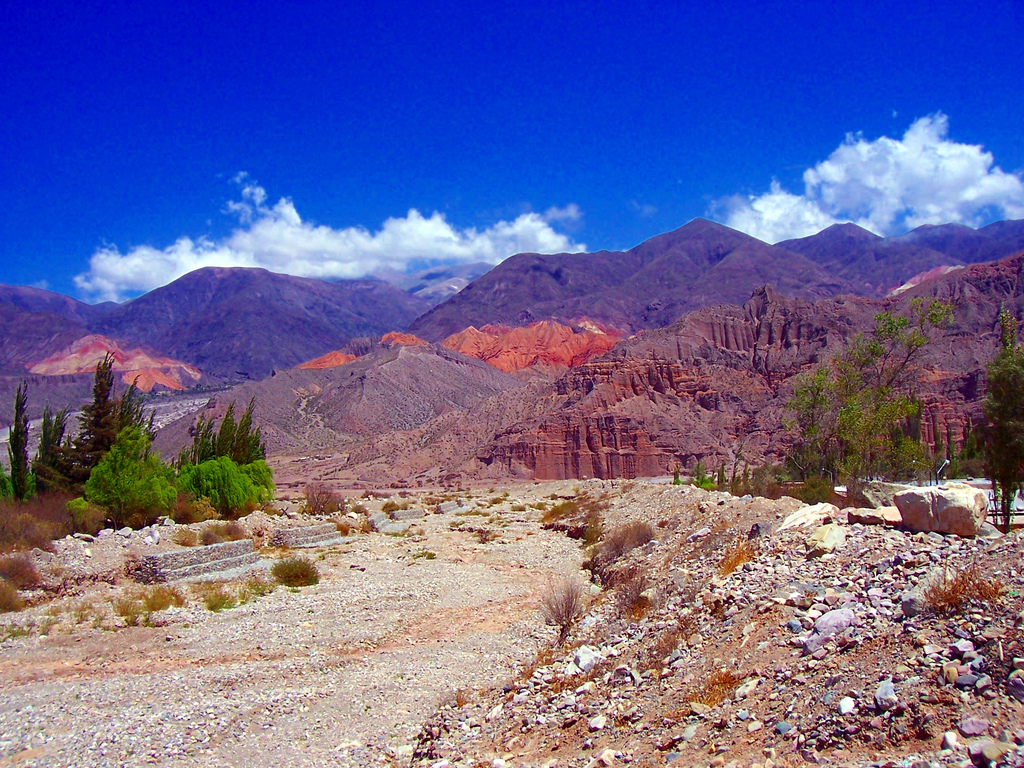 Most people visit this quebrada on a bus tour or by bike owing to the large distance involved. It is possible to explore on foot, however, at least by more energetic and adventurous hikers. Jump on the first Salta bound bus of the morning, get off at the Garganta del Diablo and start walking back the other way while keeping an eye out for signs marking the region’s most interesting geological oddities. Upon arrival to Los Colorados after about six hours or so, there isn’t much else to see, so flag down the first passing bus or hitchhike back to Cafayate. 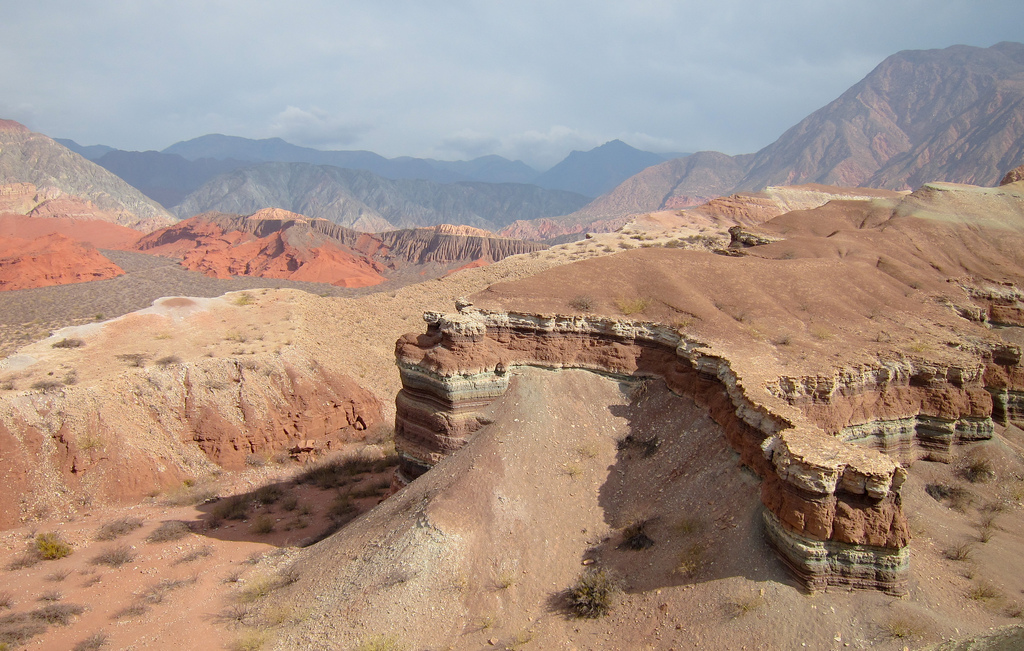 A pleasant 3.7 mile (6 km) hike southwest from Cafayate sees travelers arrive to the picturesque Rio Colorado. From here, head upstream for about 6 miles (10 km) to find a series of beautiful waterfalls that receive very few visitors and are the perfect spot for a secluded swim. Best of all, there’s a small organic winery at the trail head to stock up on some much needed supplies. 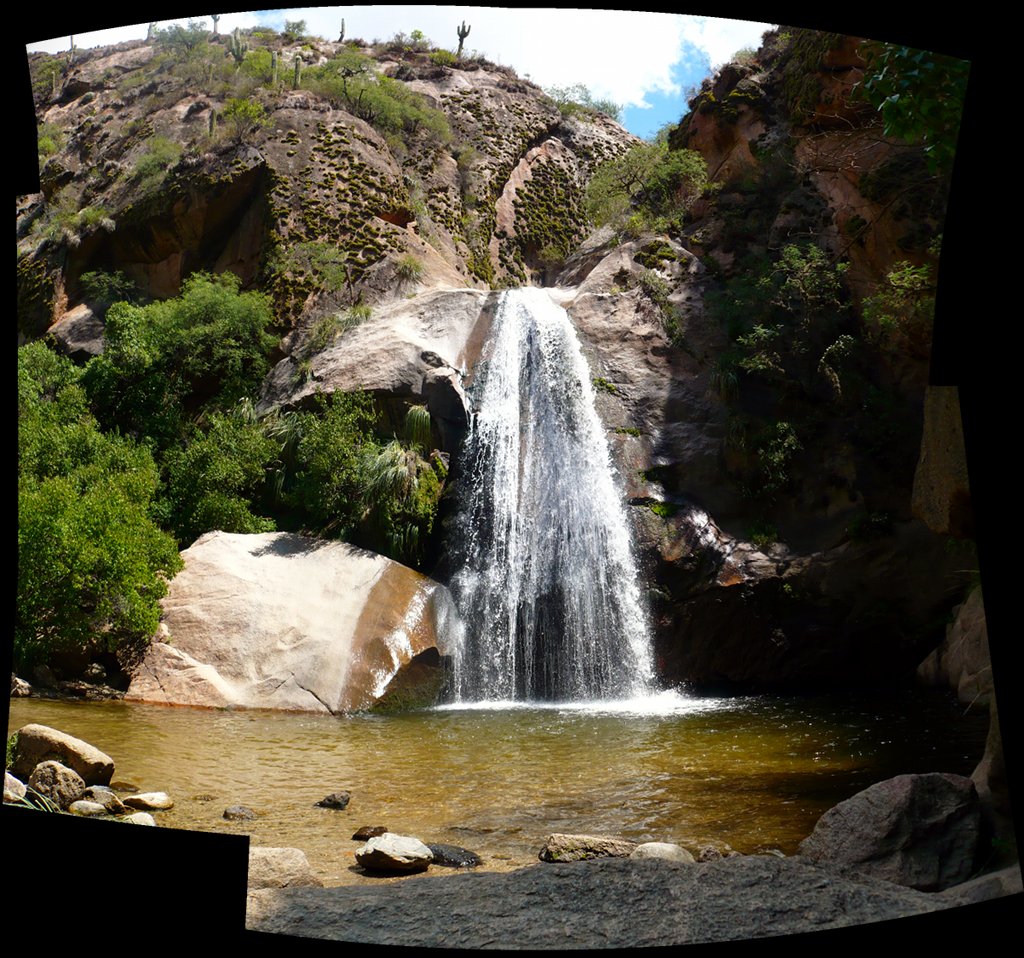 Well off the beaten track, there is no public transport passing this narrow one-lane dirt road so the only feasible way to arrive is by car. Translating to the “Ravine of Arrows” in English, the region is full of sharp pointy rocks that jut out of the ground in a remarkably dramatic fashion. It’s an interesting and much less touristy alternative to the nearby Quedabra de las Conchas. 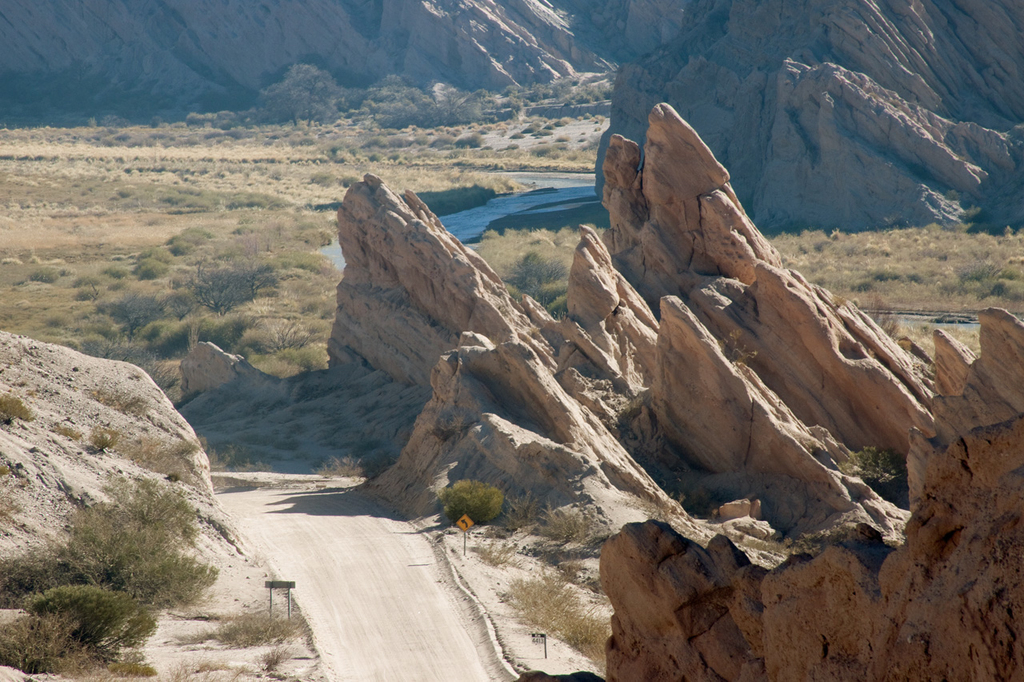 Another little-known adventure is a trip to the abandoned railway town of Alemania, about halfway between Cafayate and Salta at the end of the Quebrada de las Conchas. Most inhabitants packed up and left as a railway extension was cancelled in the 1920s, with only a few hardy souls deciding to remain. The friendly locals, who don’t see many outsiders, can provide a place to pitch a tent, some basic supplies and directions to a hidden waterfall about a three hours away. 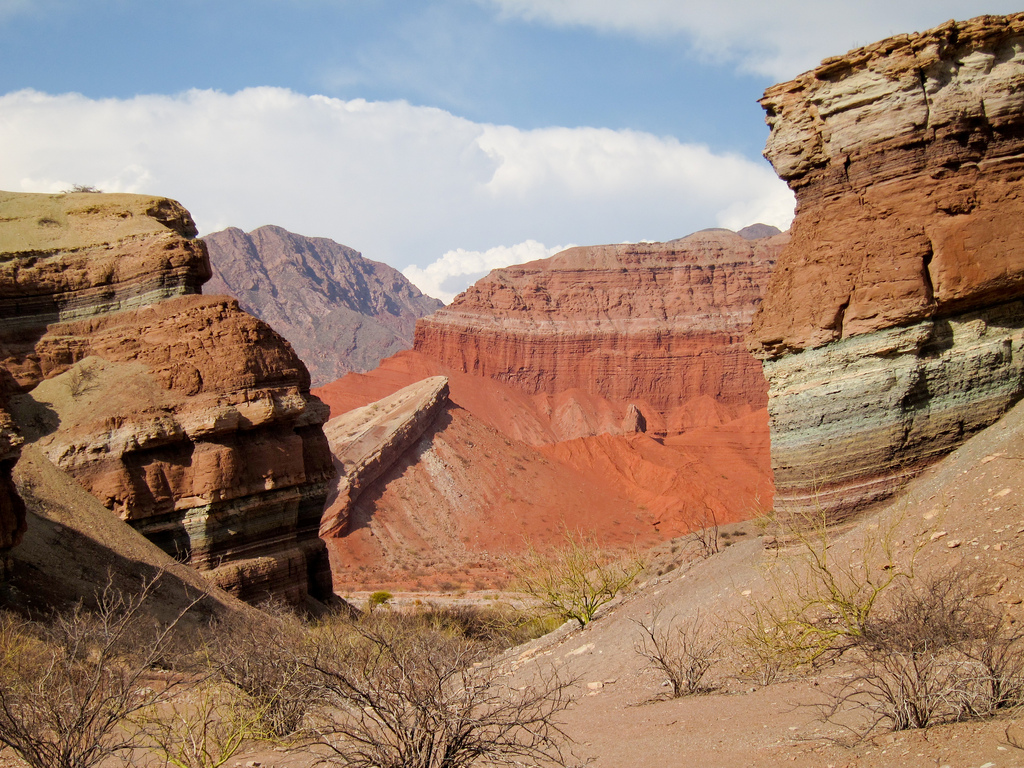